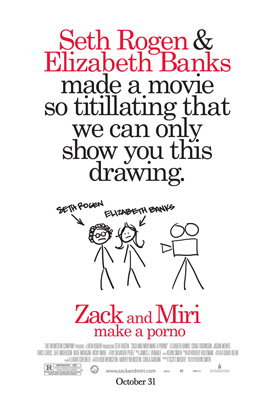 Now I am a big fan of Seth Rogan, after seeing him in such movies as â€œKnocked Upâ€ and â€œPineapple Expressâ€, so I thought this movie would follow in the hilarious ways his previous movies have been. I was somewhat disappointed. The movie is filled with male and female genital phases, and a lot of other curses words, but thatâ€™s about as fulfilling as it gets. The movie is kind of boring, and there are not a lot of really funny scenes you can do with nude people, who Knew?!? The movie also stars Jason Mewes, from the â€œJay and Silent Bobâ€ movie which was only fitting being it was written by Kevin Smith aka Silent Bob. Also in the movie is Craig Robinson as â€œDelaneyâ€. He was just in â€œPineapple Expressâ€ with Rogan, so I guess heâ€™s part of Roganâ€™s little group of actors he likes to have in his movies. Thereâ€™s also a cameo by the foul mouthed Indian actor Gerry Bednob (II) who was in â€œ40 Year Old Virginâ€ again with Rogan. I have to say that this was Roganâ€™s first miss as a comedy, but at least he didnâ€™t write it, so I canâ€™t put all the blame on him. I give this movie 1 money shot out of 4. If youâ€™ve ever watched a porno, youâ€™d know what the money shot is. LOL The movie was rated R for strong crude sexual content including dialogue, graphic nudity and pervasive language. It ran 1 hour and 41mins. It was written and directed by Kevin Smith. It was distributed by Dimension Films, The Weinstein Company. It was produced by View Askew Productions