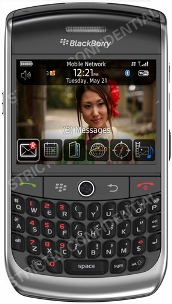 While this Blackberry won’t have 3G, is is still sweet with it’s looks and and better specs than the Curve. It will come with a fast processor (512Mhz compared to the 312Mhz processor of the Curve), more memory (256MB of onboard memory), a better screen with the size being 480×360 (compared to the Curve’s 320×240 resolution), and better browser and graphics. I’m not sure yet if it will have both WiFi and GPS, or if it will be like te Curves with some models have WiFi and others GPS. Only time will tell. But there are plenty of Blackberries coming out this year, from the Bold, to the Javelin, and the Kickstart (we haven’t discussed they yet, still deciding on if it has G Style). So definitely keep your eyes open this year!