When it comes to security and surveillance, simple is sometimes better. Some people just want a very simple camera that is easy to set up and operate and doesn’t require a complicated install. That’s what the 360 ACIC Security Camera is. This is a security camera that sits on a simple swivel and base that you can either place on a flat surface or mount to a wall. Notable specs include 1080p/25fps video, 130° viewing angle, 2-way audio, and motion/sound alerts.

Most noticeable in the 360 ACIC Security Camera is its upside-down teardrop design. The camera is housed in a distinct disc that is embedded in a flat plastic teardrop. The pointy end is attached to a circular base and can be positioned in a variety of ways. The design also allows for wall mounting with the camera still being able to twist and turn in a variety of angles. The back of the camera is where you’ll find the micro-USB power port along with the speaker and a reset button. Upfront is just the camera and the mic.

For the most part, you just plug the 360 ACIC Security Camera in and that’s it. Aside from having to download the 360 Camera app, that’s it for the hardware. Just place it where you want it and the rest of the install is all app-related.

The 360 Camera app is simple to use and includes a variety of advanced features. For instance, you can schedule when the camera is actually in surveillance mode. You can set the sensitivity level, whether to send video or photo alerts, set facial recognition of people captured, and whether the camera only alerts figure-related or all motion. If you’re using this as a baby monitor, you can also set crying alerts.

If you want, you can install an SD Card for longer recordings or subscribe for premium service which will include unlimited storage in the cloud and other more advanced features. For the most part, the app is really simple to use and is not unlike other apps I’ve used in the past.

In terms of video quality, it’s very good with quite a bit of detail. What is impressive though is the night vision mode which does not rely on the typical black & white mode you see on most cameras. Instead, this has full-color night vision which is pretty impressive.

In terms of quality, you really can’t beat the 360 ACIC Security Camera. It seems to be really well made and solid with an app that works and is easy to use. I love that you have options for mounting and the fact that it needs external power means you don’t have to mess with batteries or recharging. Aside from the great features and app, you’ll be happy to hear that the 360 ACIC Security Camera is very affordable. At just $19.99, this is one of the most inexpensive security cameras I’ve ever tested. The price doesn’t reflect its quality though as this could easily sell for more. At that price, you can buy several of them and easily set them up all over your home. With that said, if you’re looking for a really good and inexpensive security camera, this is it.

You can grab a 360 ACIC Security Camera here on Amazon. 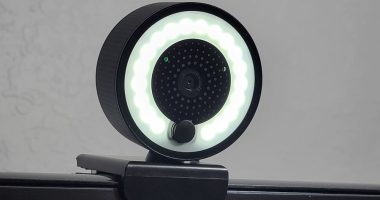 Webcams are not new, but they’ve grown immensely in popularity mainly due… 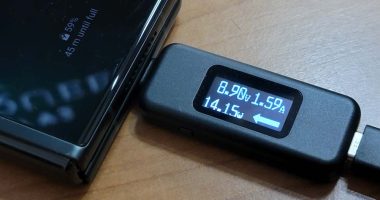 I’m a die-hard Brooklynite with the swagger and snark to match. I’m a…

Jason Anderson is the Publisher & Editor At Large of G Style…

Ricky Curry is originally from Utica, New York, and a graduate of Mohawk…

Samuel is a hardcore gamer and all-around tech geek. When not glued to…