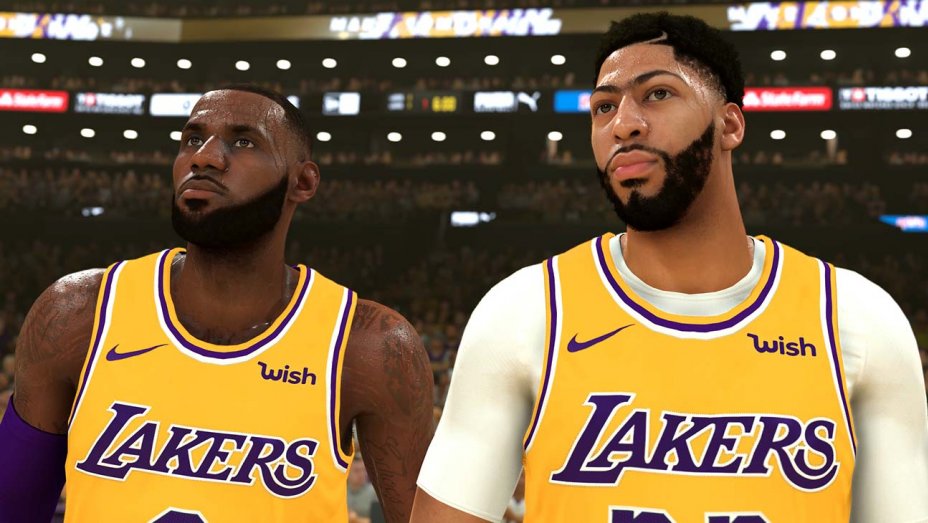 It’s the month of November and as we begin to inch closer and closer to the winter (At least here on the East Coast) we are also getting closer and to not just Black Friday but the Xmas shopping season.

Each year you can expect a constant. People are going to buy a new TV, game console and most definitely, games. Since I’m the gaming nerd here at G Style, i’ll be focusing only on the games. I won’t bother with consoles since there are only three and buying a console is kind of a default choice for the holidays. These are the games that I think are the best holiday pickups. These are games I’ve also actually played and put more time into than most of the other games I played and I play A LOT of games. These are also games that focus on value per dollar, not necessarily the “BEST” game.

MOST REPLAY VALUE AND BANG FOR THE BUCK: NBA 2k20

There is no game in my opinion that has more replay value than NBA 2k20. Kids and grown men (women too) wait for this game every year and it’s a frenzy when it comes out. It’s overtaken Madden as I see it. Everybody loves the NBA and with it’s popularity rising it’s not hard to figure out why this game is THE game to get this holiday season. It’s constantly being updated with new content and roster updates. The competitive multiplayer is a ton of fun and it leads to hours of play and chat online with your friends anywhere. The MyPlayer, MyCareer and a plethora of other game modes in this game add to its replay value. Even novice players such as myself can’t help but hooked into this game because its incredibly detailed, the players look as close as you can get as you see them on TV, the courts are exactly as you see them on TV, the AI while frustrating at times does force you to adjust your game and try new things to improve your game. You’ll appreciate the learning curve. Every aspect of this game can be tailored to your liking for the best NBA experience. It’s one of the most customizable and feature packed games there is and therefore my recommendation for the best bang for your buck game BY FAR.

Many people if not most will disagree with me on this but right now, as a game you should try for the first time if you haven’t before is Destiny 2. Honestly, this does come with a little bit of favoritism considering that I’m an avid Destiny 2 player BUT this time around it’s not about loyalty but in fact about value. Prior to the newest update to the game I would have never said this. Since, Bungie has now become independent from Activision, Bungie has been able to put forth the game they always intended to and the result has been a vastly improved experience and more of what the original beta players of the game had hoped for. Great for those players.

What about if you’ve never played before but you’re considering it? Now is the best time to play because Bungie is offering Destiny: New Light which is a free version of the game that allows you to experience the combat and worlds of Destiny 2. You can play through the game, do the beginning campaign and then decide later on if you want to progress buy a season and play the game as you see fit. You can play PvP, do strikes, public events and most of what the core game offers and you can do this as long as you have an active PS+ account or an Xbox Live account which you probably have if you’re on either console already. PC players just need to have a steam account to download the game and the same rules apply. This is the best game to play for free right now and buy into later. Destiny 2: New Light

BEST LOOKING GAME THAT HAPPENS TO BE FUN: BORDERLANDS 3

Some games can be fun but not look that great and some games can look great and not be fun at all. Borderlands is not that game. This game is visually stunning, plays well and it’s so much fun with the sheer amount of weapons, baddies and customization that you can do in this game. The third installment of this game further cements that it’s a series that will not be going away anytime soon. Just watch the trailer. It’s available on PC now as well for the master race folk.

Playing a strategy game in itself sounds boring and usually it takes a certain type of person to want to play it. A lot of the time we stray away from these types of games because they can be mundane and repetitive and the degree of difficulty it requires can be overwhelming. This is what its been for me and I imagine others feel the same way. Until I found the perfect game. Sid Meier’s Civilization. I started with Civ 3 and I have been hooked since. It was such an interesting take on empire building that didn’t require a college degree. It just required some knowledge of your environment, preference for victory and your favorite world leader in history and you can start playing right away. There is a learning curve but it’s not going to drive you crazy. I guarantee you that one you start playing you’ll be hooked. 2K games constantly updates this game and tries to make it better. The layout of the game is well designed and it’s pretty to look at especially once you build out your cities and you watch them take shape over time. If there’s an interest in a good strategy game to play. Civilization VI is the one. In my opinion of course. Anno 1800 is another great option if you favor this type of game although Anno 1800 is a bit more difficult in terms of the learning curve but still tons of fun.

Everybody loves the Legend of Zelda. No matter the type of game or whatever way Nintendo tries to spin it, The Legend of Zelda or anything related to it will always pique your interest. Earlier this year when it was said that Nintendo will be recreating the LoZ: Link’s Awakening for the Nintendo Switch you can imagine the excitement from the Nintendo heads and gamers. The original was a Gameboy Color game and if you can remember or you have any idea what those games were like then you know that they weren’t very good in comparison to what we have now. This is why Nintendo thought it best to take this opportunity to recreate Link’s Awakening considering that it wasn’t one of their more popular games in the franchise. What we got when Nintendo finished was an incredible recreation that is beautifully made, sticks to the core of what makes LoZ games what they are, dungeons, story, quests, hearts, everything you can think of. This is probably the most fun I’ve had on my Switch this year and I strongly recommend this game. Also look into Luigi’s Mansion 3, Mario Maker 2 and Astral Chain as solid pickups as I see it.

Pick one. There are so many, too many, I couldn’t possibly pick. Sorry

When I first saw this game it gave me PTSD flashbacks of No Man’s Sky (Which is NOT a good thing) because of it’s similar look. Once, I got to playing it, I realize how good a game this is albeit kind of weird. Weird to me at least. I haven’t quite figured out what this game is about and I’ve been playing it for a few days. I do know that the visuals are stunning, there’s a lot to do, there’s weapons, bosses, character building and all of the things that make up a good action RPG.

Capcom’s Resident Evil 2 remake is exactly what you want to see from a popular game from the 90’s that’s being re-done. No, Capcom didn’t decide to clean up RE:2. They made it brand new in terms of up to today’s standards. Resident Evil 2 was coincidentally my favorite game of the series and when I found out that Capcom did it over, I was all over it and I was NOT disappointed. This game is so well made. It’s smooth, unlike the original you can really feel the sense of urgency in the game. The lighting, the scenery, the puzzle solving and of course Mr.X. This game is available on PS4 and Xbox but if you have the PC that can support it, I highly recommend you get in on PC, play in 1440p or 4K and you’ll see what I mean. Oh, and play it in the dark if you got the heart. This game is a MUST have and MUST play and it’s probably the cheapest game here at just $30 bucks.

These are the games that I personally feel are the best games to buy because of their replay value and bang for the buck. Yes, there are a ton of other games that I could have chosen, this list isn’t perfect but I based this on games that I play often and my friends do as well. These games are all great games. Some may be for you and some may not be. There are so many games to play now so any list that you look at will be subjective and this is no different.

Any one of these games you pick will have you in front of your screen for hours on end and you won’t feel as if you spent money for nothing. These games also have huge communities so if ever you get stumped on one of these games you can always refer to a Reddit thread or YouTube to get some info. That’s invaluable as well. If you think I missed some games or you have some suggestions, hit us in the comments and let us know what you think.