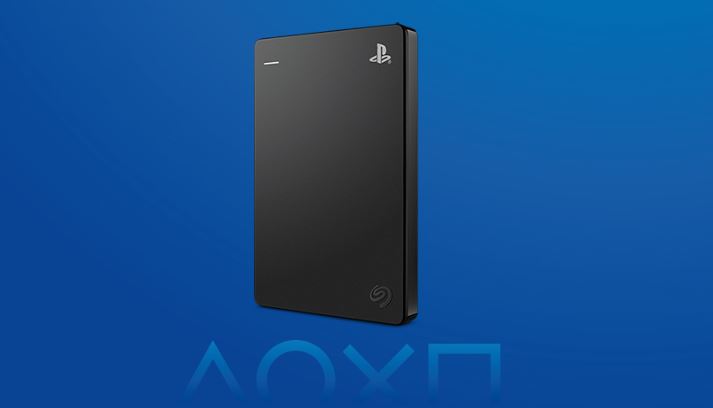 Nothing worst than watching your system storage deplete thanks to these massive 40GB+ games. Seagate wants to combat that with it officially launching their Game Drive for the PS4. This is officially licensed Sony so their blessing is on this and we should get some top notch capability. Personally I’m no stranger to the Game Drive as I been using a 2TB one on my Xbox One and now Xbox One X for quite some time. Prices for the 2TB version start at $109.99 while the beefy 4TB is $149.99. You can read more about the Game Drive for PS4 and grab one as they are available.. TODAY

“Games can average 40GB per title, so even the highest-capacity internal console hard drives available can be maximized quickly,” said Jeff Fochtman, vice president of marketing for Seagate. “Seagate’s new Game Drive for PS4 offers a storage upgrade so users can keep saved content while expanding their ability to download new games and add-ons.”

Your PS4 system instantly recognizes Game Drive, and it is installed in less than three minutes, so set-up is quick and easy. Additionally, the drive is optimized for the PS4 systems. Seagate’s compact and efficient Game Drive is portable and does not need a separate power cord, so users can easily slip it into a pocket or backpack and take their game library wherever they go. That is instant, portable access to approximately 502 downloaded games, add-ons and achievements for continued gameplay on any generation of the PS4 system1 (System software version 4.50 or higher), anywhere.

The new 2TB capacity Game Drive for PS4 systems is available in North America this week at retailers and online for an MSRP of $89.99 USD and $119.99 CAD. Please visit our website for more details on Seagate’s storage for gamers.

2. Based on 2TB capacity and an average storage requirement of 39GB for the PS4 system games published on or before June 2018.

“PlayStation” is a registered trademark of Sony Interactive Entertainment Inc. “PS4” is a trademark of the same company.