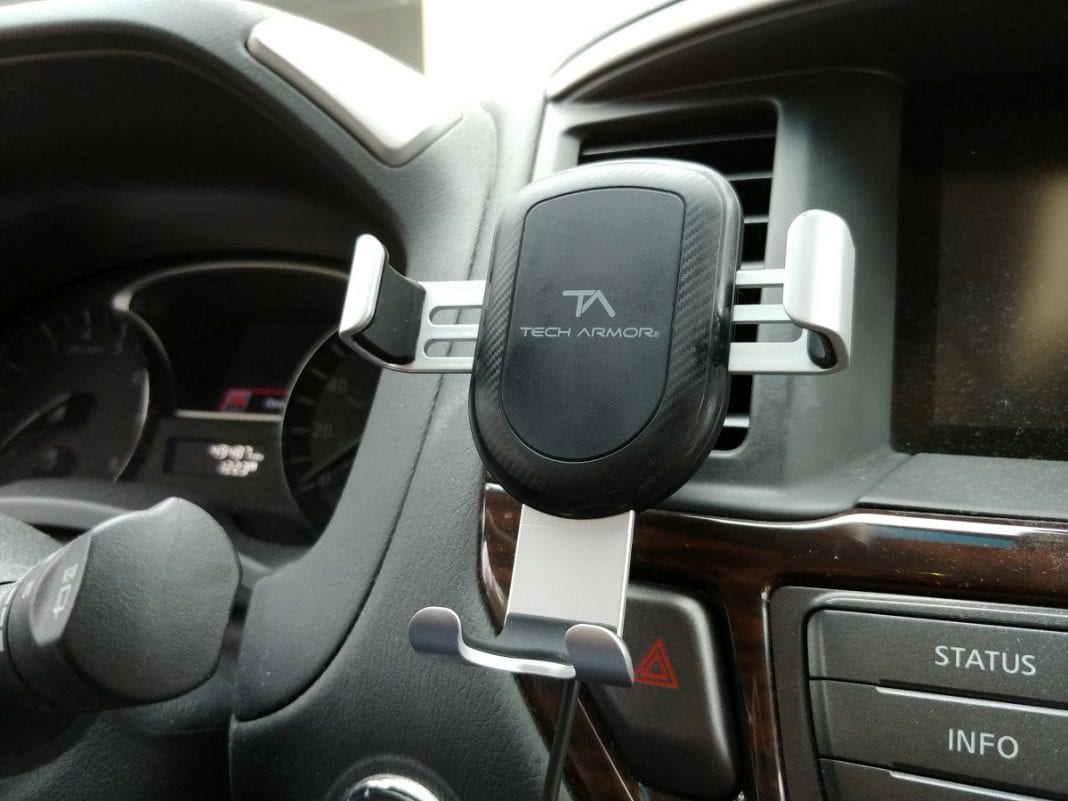 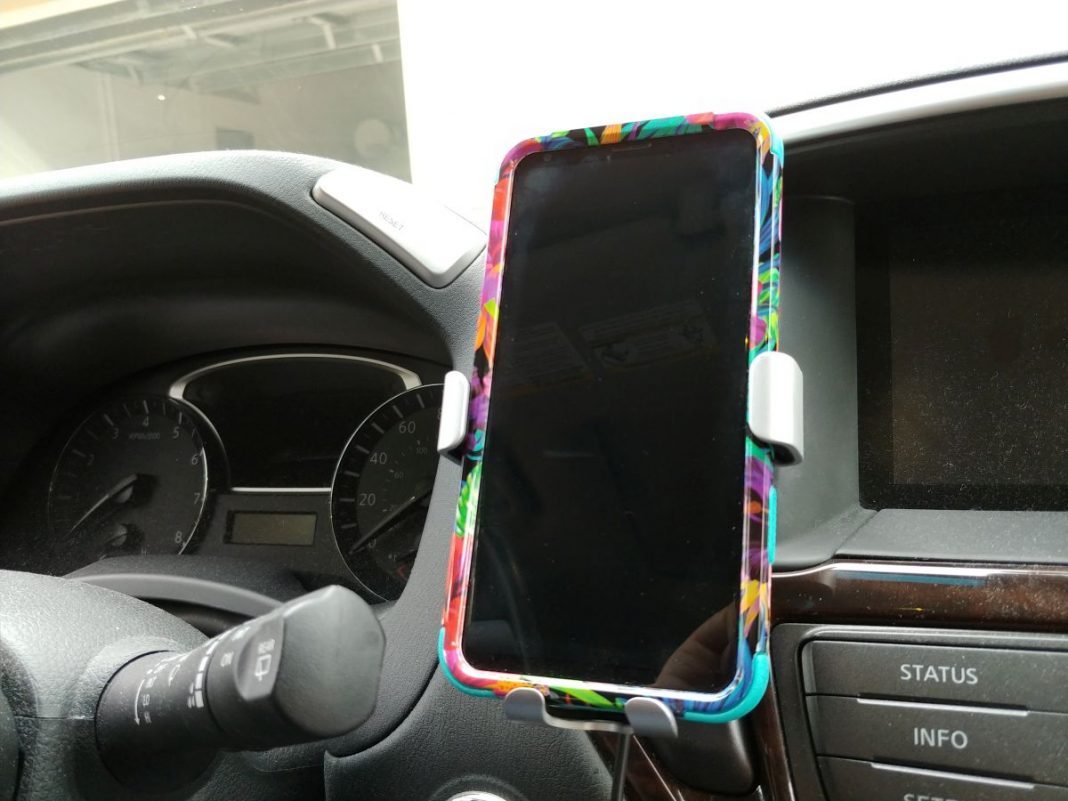 All you need to do is find an air vent to mount this on, plug the USB cable into it and the other side into power, and you’re done. If you don’t have a free air vent, no problem. It includes an adapter you can stick to any surface and you use that as the mount point instead.

Once installed, you’re good to go and usage is a one handed operation. Just place your smartphone on the bottom hooks and let gravity take care of the rest. The weight from your phone will push the bottom hook down while bring the side clamps inwards, thus providing a secure hold on your smartphone. That’s it. Not only is your smartphone secure now, it should also be wireless charging.

Taking it out is as simple as just lifting your phone out of the mount. No more fussing with clamps or charging cables. 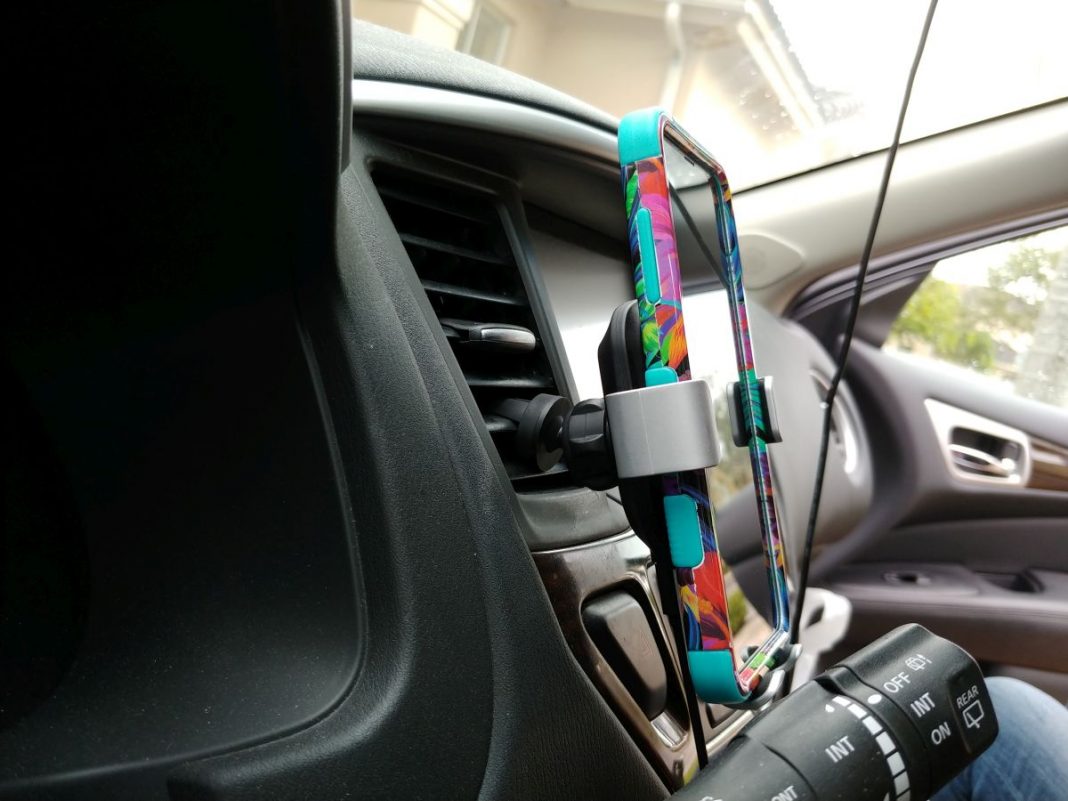 With that said, the Tech Armor Wireless Charging Car Vent Mount is really all about convenience and ease of use in your car. One of the last things you want to be doing is fiddling with your car mount or searching for a charging cable while driving. With this, taking your smartphone in and out of the mount is just so easy and makes charging automatic. It even allows for fast charging if your smartphone supports it and also works with if your smartphone has a case on it, as long as it’s not too thick. It is compatible with Apple iPhone Xs Max, iPhone Xs, iPhone X, iPhone 8 Plus, iPhone 8, Samsung Galaxy Note 9, Note 8, S9 Plus (+), S9, S8 Plus (+), S8, S7 Edge, S7 along with other Qi-wireless enabled by LG, HTC phones and more. So if you’re looking for a smartphone car mount that super simple to use and charges at the same time, check out the Tech Armor Wireless Charging Car Vent Mount.

And in case you’re wondering, that’s my wife’s smartphone in the photos with the Tech Armor Wireless Charging Car Vent Mount in her car. Let’s just say that I didn’t even get a chance to install it in my own car before she called dibs on it.