It’s hard to speak ill of a game that I love so much and play and for what it’s worth still play. Destiny 2’s DLC Black Armory/Scourge of the Past which is part of the Annual Pass really made me realize how much Destiny 2 kind of sucks right now.

Since the Forsaken DLC was released Bungie has been persistent in trying to push out content and address the glaring issues that the community as a whole has/had. I give them a ton of credit for that. The issue that I’ve been having lately with Destiny 2 Forsaken starts with Bungie’s unwavering commitment to the grind. 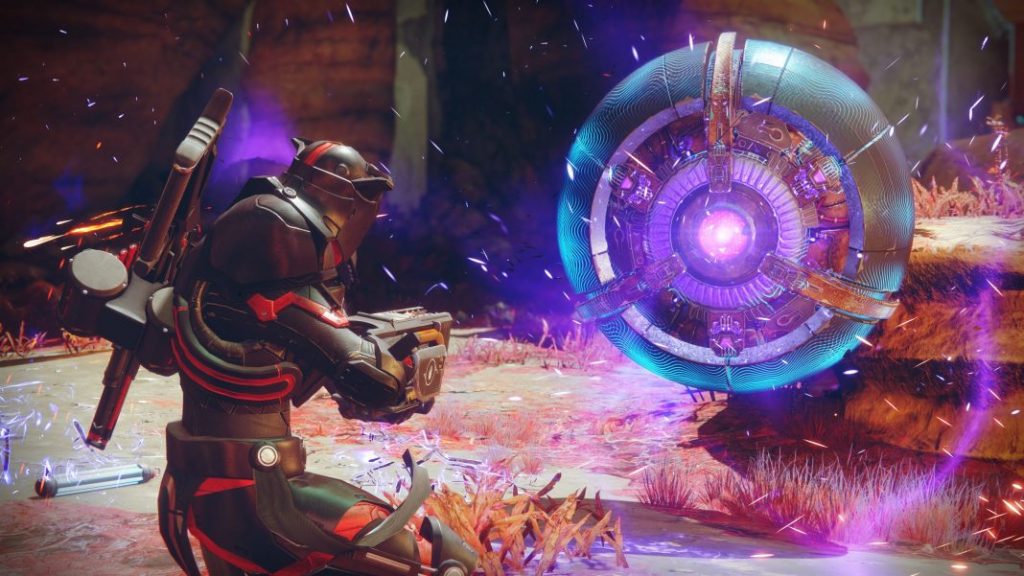 I understand full well that the grind is essentially what the Destiny experience is but at some point after all these years playing it, it should still be exciting but for me, it no longer feels like the payoff is worth it and I’ve been reminded of it while grinding out the Black Armory.

Forsaken’s story campaign was really cool and Bungie took the game down an interesting path by killing off Cayde-6 and bringing back some character faves from the first game to create a good story worth playing. That isn’t the issue. The issue I had and is still having is with the progression system and drops, the Crucible too. Let’s address progression first with the activities. Before I get into it, let me say that these issues are mine and mine alone and your experience may be totally different so I’m not here to sour anyone’s opinion of Destiny 2: Forsaken. Back to progression. As of this writing I’m currently playing with all three characters with my Warlock being the most powerful at 597, my Titan is 592 and my Hunter, I haven’t even wanted to do that grind for a third time but I’ll get around to it. I’m going to talk about the Black Armory grind. 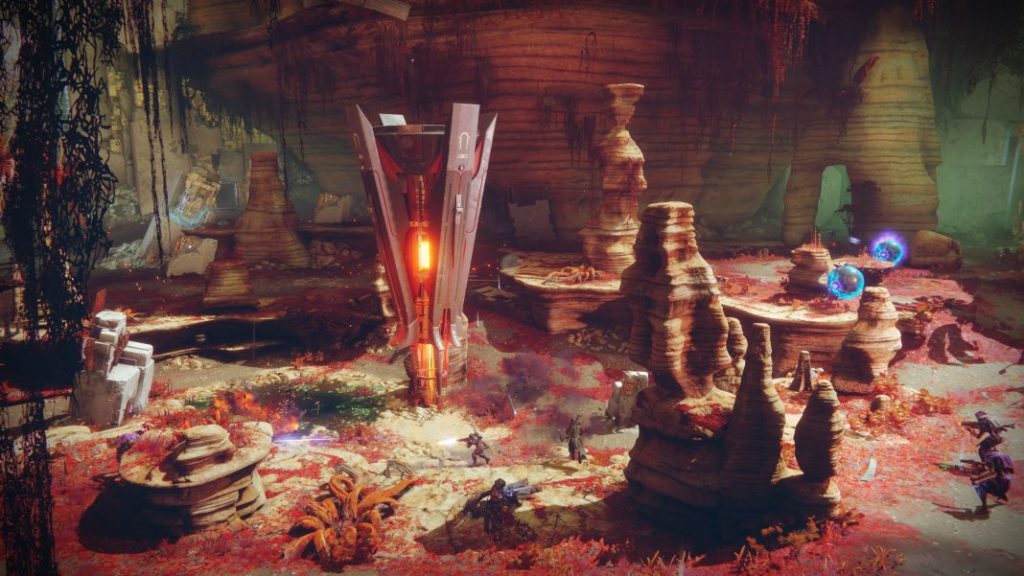 The Black Armory DLC offers very little to the scope of the campaign. There are no new missions, PvP maps or strikes to play here. It’s all about the Forge. So, here’s the story. You meet Ada-1 who is possibly Vanguard but we know she is the protector of the mysterious Black Armory. She’s makes you aware of her distrust of the Guardians and then tells you that she would be willing to help the Guardians but first she sends you out on a series of quest steps that guarantee you a forge weapon schematic that you need to take to a forge to rebuild. The quest that you ultimately wind up doing doesn’t lead to a new open area on any of the existing planets. There’s no new strike available. The Forge once you’re able to reach it initially had a minimum light level of 615 which has since been brought down to 610 after Bungie decided that that light level might be a little high.

The forge missions aren’t necessarily difficult once you get up to proper light level. Bungie will add a new one gradually. As it stands there is the Volundr Forge and the Gofannon Forge. If you do complete them you’ll get some powerful weapons that will be rare to those who hadn’t yet done the forges. Whether or not it’s worth the additional grind is subjective but the completionist in me has to do it. Bungie hasn’t given up or modified it’s approach to the grind. It’s just as gear grindingly frustrating as it’s always been and the drops are still as scarce as they’ve ever been. To this day after playing the Forsaken for months I’ve gotten fewer than 10 Exotics. No, I’m not kidding either. I do get a plethora of useless legendary drops I don’t need. If I get another grenade launcher or sniper, I’m going to break my controller against my forehead. Bungie says that this Tuesday the 11th we’ll get an update to exotic drops and regular drops when the Dawning event returns. It should help in leveling up characters at and under 600. We’ll see.

Scourge of the Past Raid 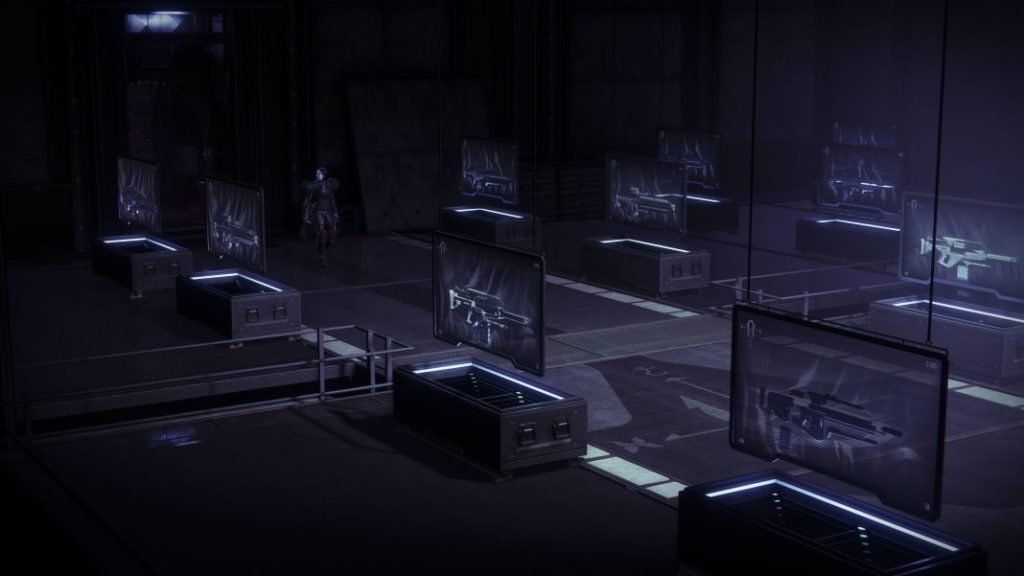 The real gem of the Scourge of the Past is the new raid. Bungie never fails the community when it comes to the raid. It is and always has been the reason to play Destiny and Destiny 2. If you want to call yourself a Destiny player, the raid is a must. This raid while not as mechanical or expansive as The Last Wish raid still offers a heck of challenge which requires technique and communication to complete. This raid is about the fallen Kells and how they’ve taken over a portion of the city on Earth and seized a Black Armory stronghold. While I haven’t been able to participate in it as of yet, I watched a ton of live streams and videos from Destiny 2 YouTubers and looks like an event I can’t wait to get into. The community should be excited about it as well. It’s dope. It’s really the only reason I can justify to playing this DLC at all. If not for anything else. 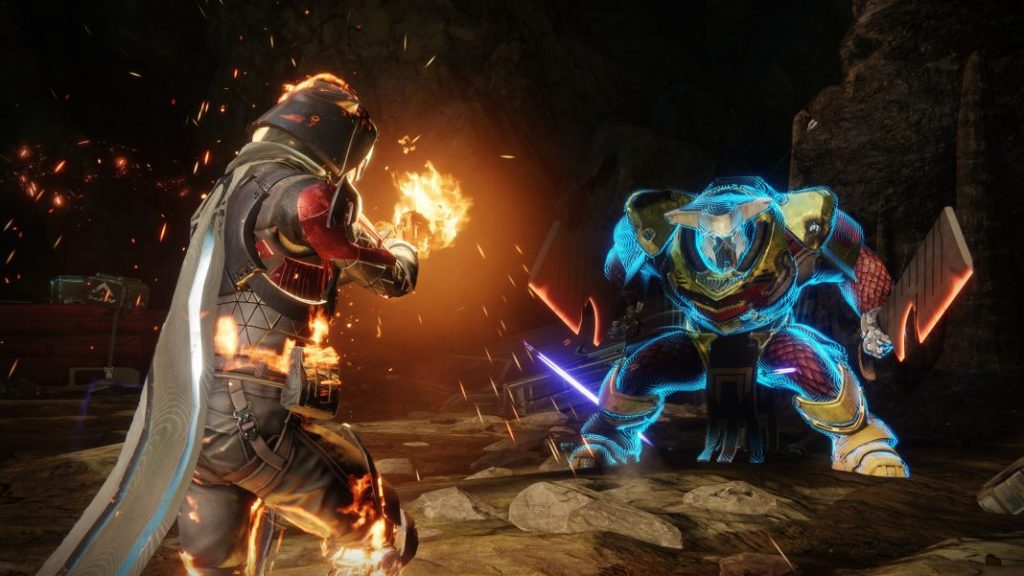 While I admire Bungie for attempting to keep Destiny players interested, the Black Armory drops the ball. It sucks. I’ll say it. I’m not in any way saying don’t continue to play Destiny 2 because I’d only be lying to myself. I’ll continue to play it because I still believe in Bungie and I’m dedicated. My dedication and the dedication of the community shouldn’t be what Bungie hangs it hat on with Destiny 2 going forward. It needs to keep us interested. This is the first time I can actually say something about Destiny and Destiny 2 actually sucks. The raid helps it not be a total disaster but not adding anything for the non-raider alienates an entire group of Destiny 2 players. Finding a group to raid with is still is not easy even though Bungie has made valiant effort towards alleviating that problem. At the very least a strike or a mission or something further explaining the importance or relevance of the Black Armory would have been befitting here. All we know is Ada-1 is at the tower and we’re sent out on an annoying hunt for schematics to bring to a forge that will allows us to create a weapons all under the watchful eye of a group that doesn’t trust us anyway. I would’ve liked some more context about the Black Armory.

The allegiance to the grind in Destiny 2 gets boring. There are so many times you can wait for the reset every Tuesday so that way you can level up 5-6 light level points and still be underleveled for the new DLC. So guess what? I now have to continue this grind for another few weeks just to be ready for an event which then becomes old. Some of us don’t have that kind of time to dedicate and Bungie is essentially telling us we need to make time. That sucks. If you’d like us to level up then have a full activity reset twice a week for a couple of weeks and that way we can level up beyond 5-6 light levels and you can increase player participation. Make enhancement cores easier to get by maybe making them drops after strikes so at least we can infuse our weapons and armor to raise our levels. There is matchmaking within the forge and that’s something the community asked for, but the light level requirements at first were so bad most couldn’t participate and even though Bungie lowered it a measly 5 light levels to begin with, the ending boss light level puts you at a severe disadvantage if you’re able to get to him. Good luck not getting killed in two shots. That being said, with great reluctance and some sadness I say the Black Armory DLC kinda sucks and it’s a mediocre addition to Destiny 2. Hard to convince anyone that was apprehensive about playing the DLC to play it other than saying “You’ve come this far, why stop now?”. Not good enough.