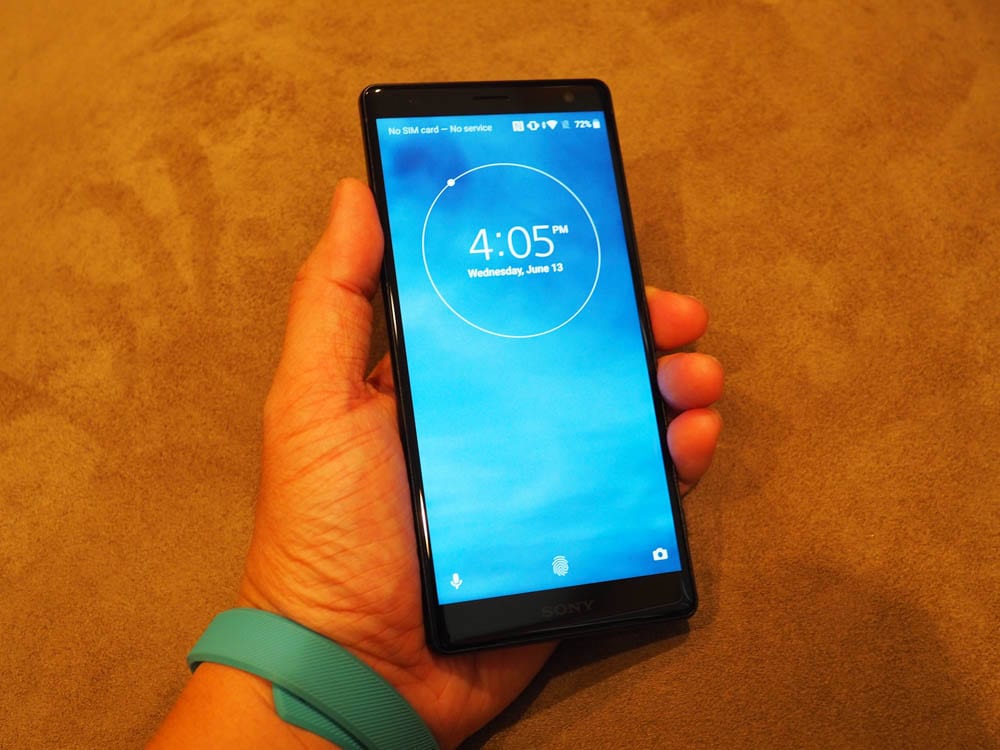 Flagship Android smartphones are a dime a dozen now which is a great for the consumer because it means they have more choices available to them. The downside is that there are some great phones that get lost in the shuffle because the usual suspects usually hog the spotlight each generation. Take Sony for instance. When was the last time you ever saw any one using a Sony phone? Here in the US, it’s a very uncommon sight but overseas, especially in Asian countries, I’ve seen tons and tons of people with them. That’s a shame because Sony’s latest Xperia XZ2 is a powerhouse of a device that takes their design language in whole new direction that should appeal to a wider range of users.

With that said, I’ve only had the Sony Xperia XZ2 for a couple days so that’s not enough time to make a full review of it just yet. Instead, here are my initial impressions of it based on its design. First impressions I think are always important seeing as I believe a lot of us base our decisions on looks first and then specs. 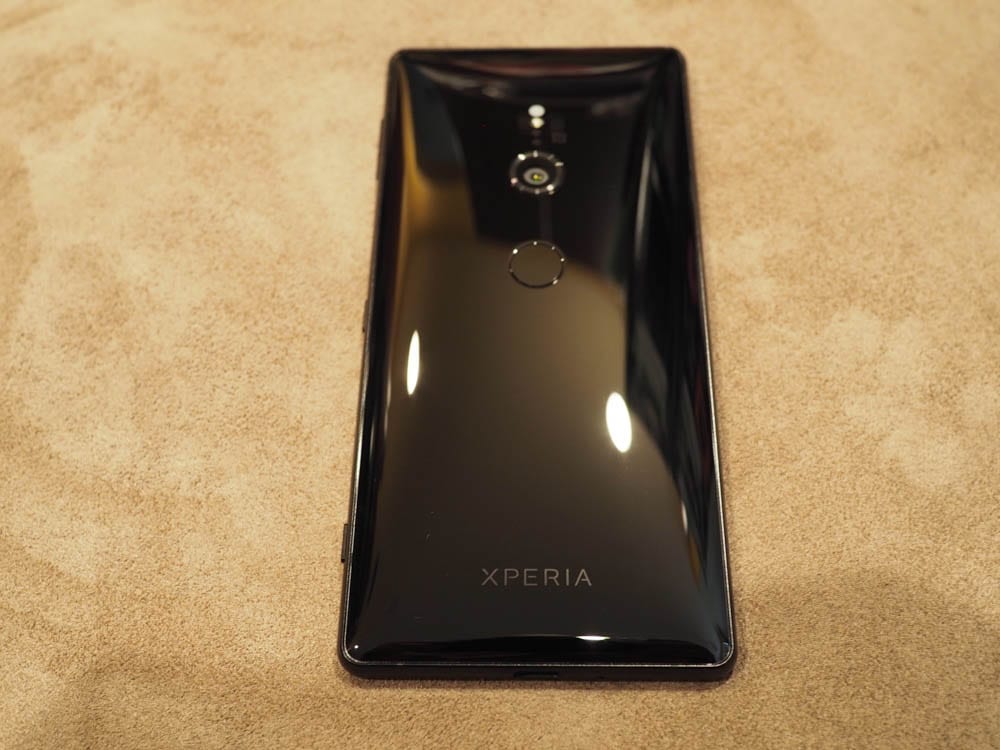 Sony’s Xperia XZ2 looks different from almost every previous Xperia that came before it, yet still features many familiar elements that made Xperia devices stand out to me. For starters, the Xperia XZ2 is no longer looks like a thin rectangular slab. Instead they’ve gone the route that almost every other smartphone maker has gone with a full curved glass face, rounded aluminum edges, and a curved glass back. You’d be forgiven if you confused it with a Samsung Galaxy S9, LG V30, or HTC U11 as all these phones pretty much share similar design elements now. That’s not to say that the Sony Xperia XZ2 doesn’t have a few unique elements because it does.

For starters, the Sony Xperia XZ2 has both a power button and a fingerprint reader on the rear. Most have them combined these days, but not the Sony. Having them separated does have its advantages as you’re able to tap the power button to view the lock screen notifications if you don’t want to fully unlock your phone. 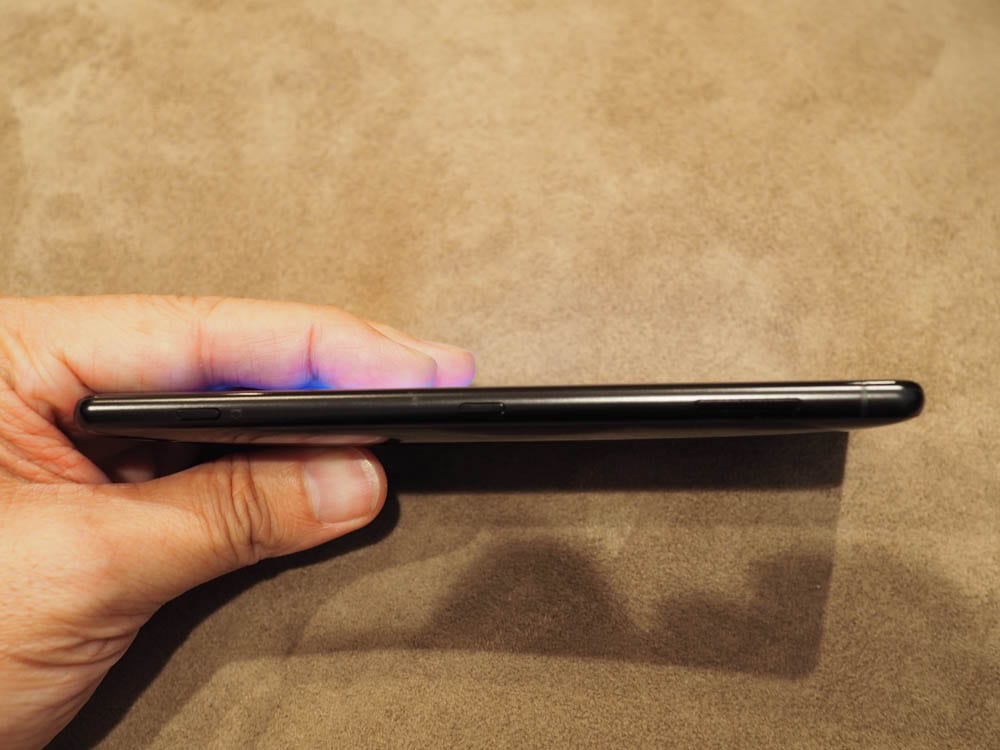 Speaking of buttons, the volume rocker is on the same side as the power button and sits just above it. Below that near the very bottom edge is the camera shortcut/shutter button. As far as I know, this is pretty unique to Sony phones as I haven’t seen any other phones with this. This mainly allows you to use your Xperia XZ2 just like a regular point and shoot camera and it’s literally one of the best buttons I wish other phones had. It makes taking regular photos so much easier and more natural.

So if we’re keeping score, all three button reside on one side of the phone and that’s how Sony’s have been for the longest time.

The rest of the edges are pretty barren. Sony has moved the sim/SD card tray to the top of the device while a single USB-C charge/sync port resides on the bottom. Sony has done away with the audio jack on the Xperia XZ2 and I believe this is the first device of theirs to do that, aside from the Xperia XZ2 Compact. 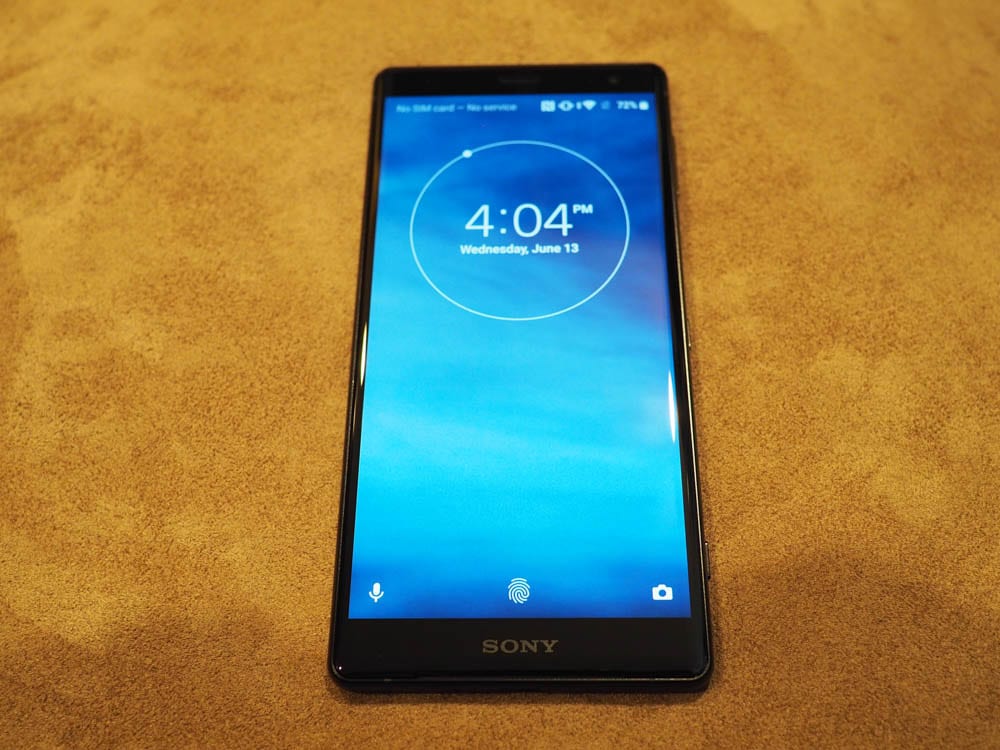 Speaking of the front, the face is now entirely made of glass and features an 18:9 Full HD+ HDR display. It’ isn’t quite edge to edge as there is a bit of bezel on the top and bottom and very tiny bezels on the sides. I honestly don’t mind though because I find that with edge to edge screens, it is very difficult to hold in your hand without accidentally pressing something on the screen with your palms. With the Xperia XA2, this doesn’t happen. 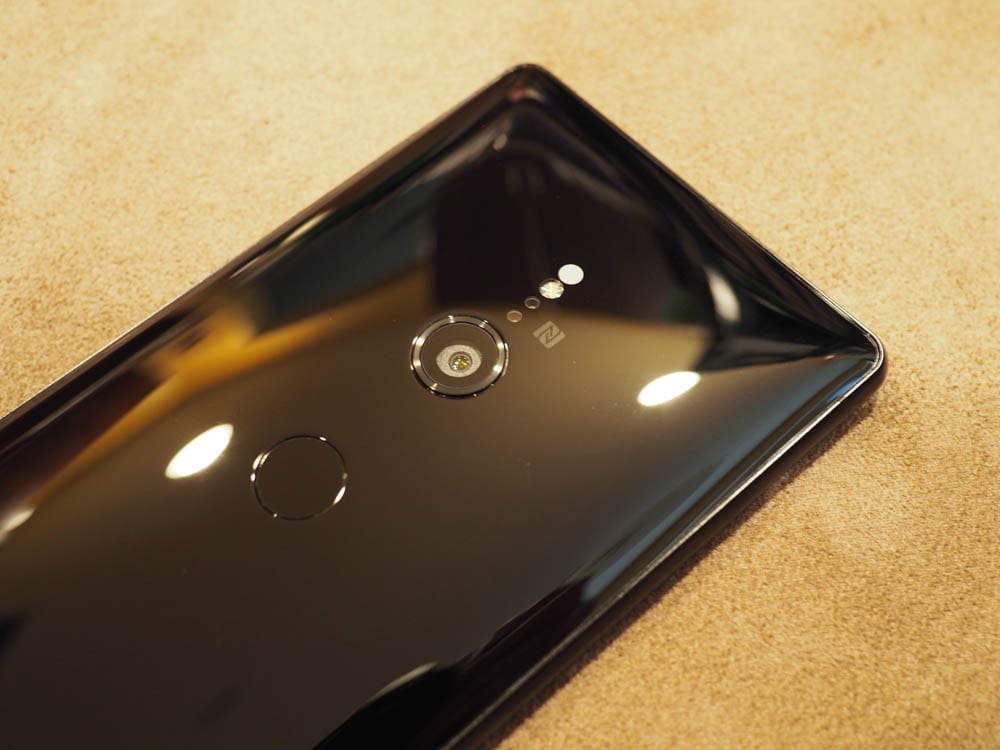 Now for what might possibly be the first negative. There’s only one camera on the back whereas many smartphones these days have two. On the plus side, it’s a darn good camera capable of taking stunning photos and 4K video, but there’s no optical zoom or wideangle mode. If you want two cameras, you’ll have to wait for the Xperia XZ2 Premium. On that note, there’s also only one front facing camera. Another negative is that because of the curved back, placing the phone down on an un-leveled surface means that your phone could easily slide right off if you’re not paying attention.

Lastly, let’s just talk about how the Sony Xperia XZ2 feels in your hand. This is a solid phone. It’s got some weight to it and isn’t what I’d call lightweight. However, it feels really good. It’s a good size in your hand and being that it only has a 5.7″ screen, it’s not overly huge and can be mostly used one handed. The rounded edges keep things comfortable too and and now that all the sharp edges of the previous design are gone, it no longer digs into your palm. Also, the phone isn’t very slippery as the materials make it easy to grip. 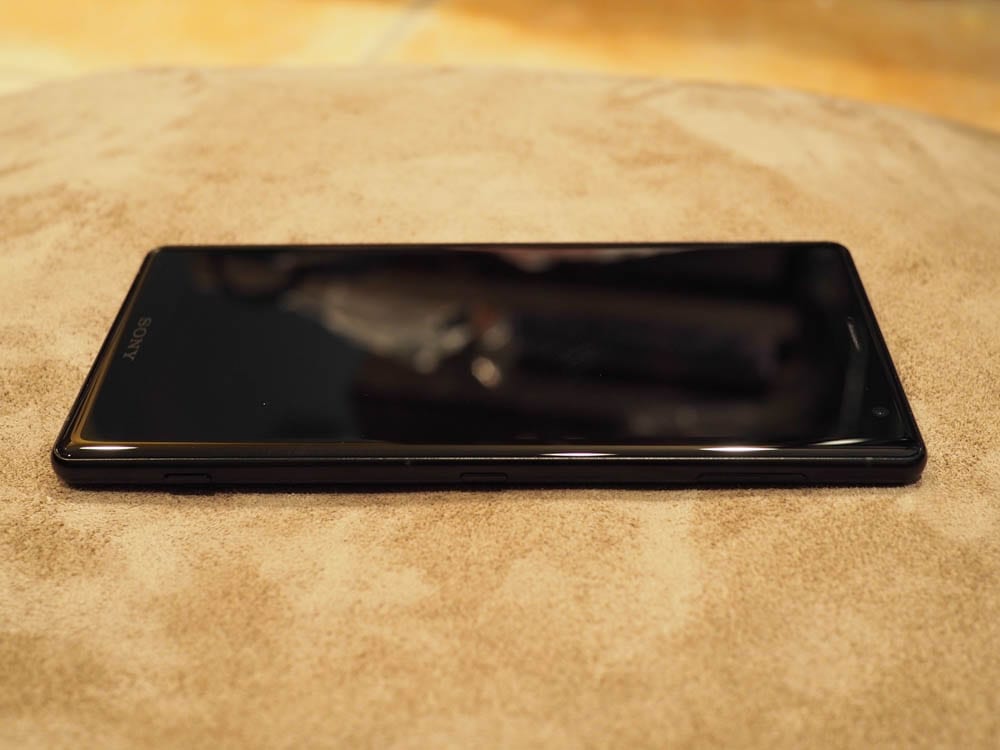 Looks wise, the Sony Xperia XZ2 is heading in the right direction in terms of design. It’s definitely more comfortable to hold now and a much more attractive device than previous models. However, it’s far from unique and again, you’d be forgiven if you confused it with other devices. That doesn’t mean I don’t like it because I really do. It’s a gorgeous device that feels great and does several things very right that I’d love to see on other devices. Mainly, I love the dual front facing speakers as well as the dedicated camera button.

While I didn’t talk about specs in my initial impressions, lets just they’re pretty good. The Xperia uses the latest Qualcomm Snapdragon chip with 4GB or RAM, expandable memory, Android 8.0 Oreo, a 3180mAh battery, and it’s water resistant. I’ll get more indepth on the specs in the full review, but for now I’ll just leave you with that.