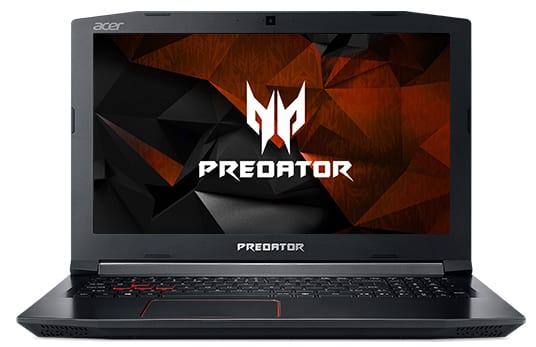 Back in April, Acer invited some colleagues and myself to a private event in New York. I’ve been a fan of Acer products for many years now, from my early days as a system builder to seeing them develop as a competitor in the gaming market. They’ve always managed to surprise me with what’s hidden behind the wall, this showcase was no exception. At the show, we saw some amazing technology and one of the items featured was the monster of a beast, the Acer Predator G3-571 Helios 300 gaming notebook.

Over the years, gaming notebooks have been growing in popularity for not just gaming. Power users like myself use the advantage of the portability of the machines ability to view, edit and create the occasional CAD drawing, render and edit videos and more. For those who aren’t as savvy, this task can be lengthy when done on a regular notebook laptop and some MacBooks. It can mean the difference between working on something for 4-5 hours to 1-2 hours. What truly sets this notebook apart from the rest is one powerful VR-ready machine with a sub $1100 price tag. 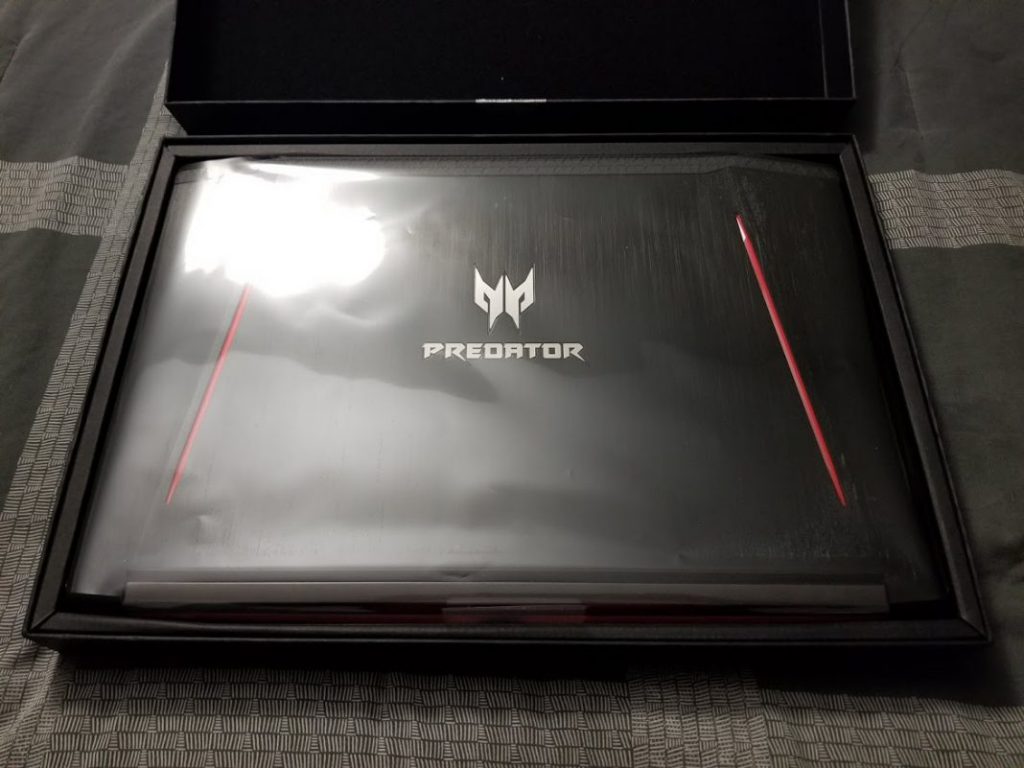 The notebook weighs in at 5.95 pounds, 15.4 x 10.5 x 1.5 inches. When compared to other notebooks in its class, the Helios is slightly larger, but it’s surprisingly lighter. Like some of Acer’s other budget gaming notebooks, the Predator build consists of a plastic and aluminum design. On the very top of the lid is a hard plastic bumper, which feels a bit weird but in retrospect adds to the structure. The top metal lid has two red stripes skirting the empowering Predator logo. Lifting the lid, is the notebook’s 15.6-inch, 1080p display, surrounded by a bezel with the Acer logo on the top-left corner and the Predator logo on the bottom. The Helios sports a full keyboard with a number pad, red backlights and red highlighted WASD keys. 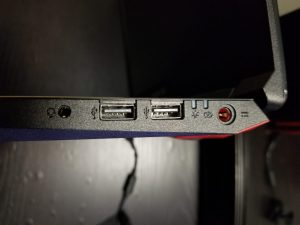 The Helios 300 has no shortage of ports. On the left side are an Ethernet jack, a USB Type-C port for external devices and additional display output, HDMI output, a USB 3.0 port and an SD card slot. On the right side, there is a pair of USB 2.0 ports. As has become standard fare with notebooks, no optical drive is present. 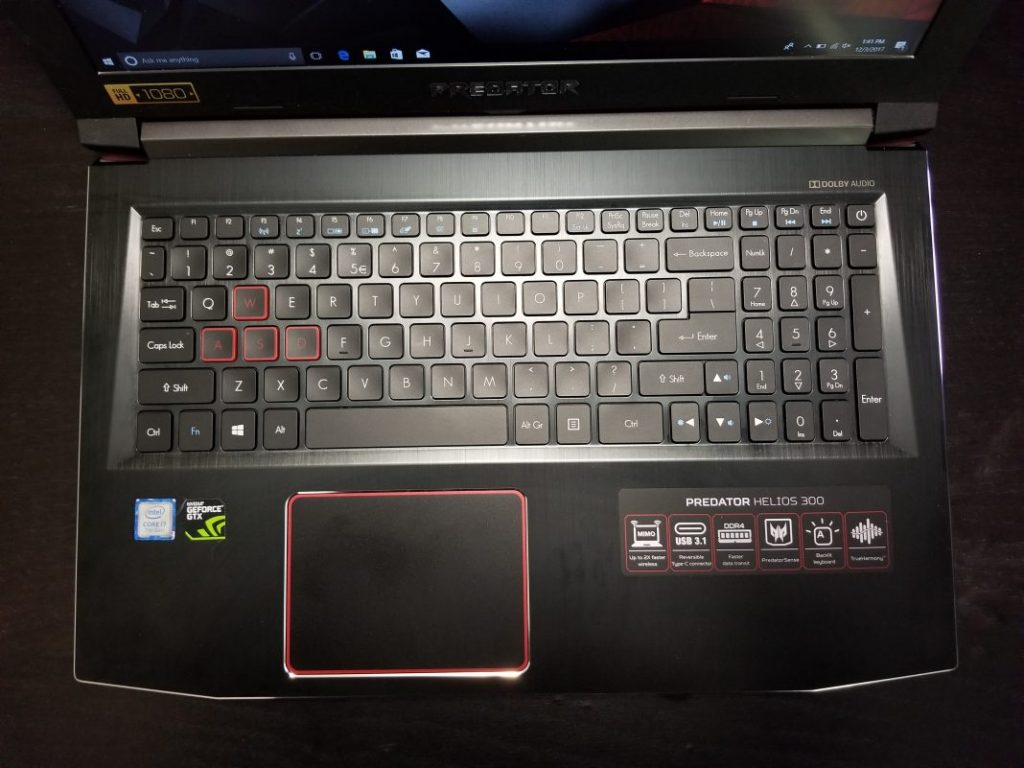 The keyboard was surprisingly comfortable. The problem I had at first was having to apply just the right amount of additional pressure, but as I do a general amount of work on a desktop, the transition was actually seamless. Touchpads as far as notebooks go was always a love-hate relationship. This was a surprising change, as the touchpad was very responsive and like the keyboard, having to get used to adding additional pressure was a short adjustment. Of course, if you’re using this machine for gaming or editing, you’re more likely to be attaching a mouse to this thing. 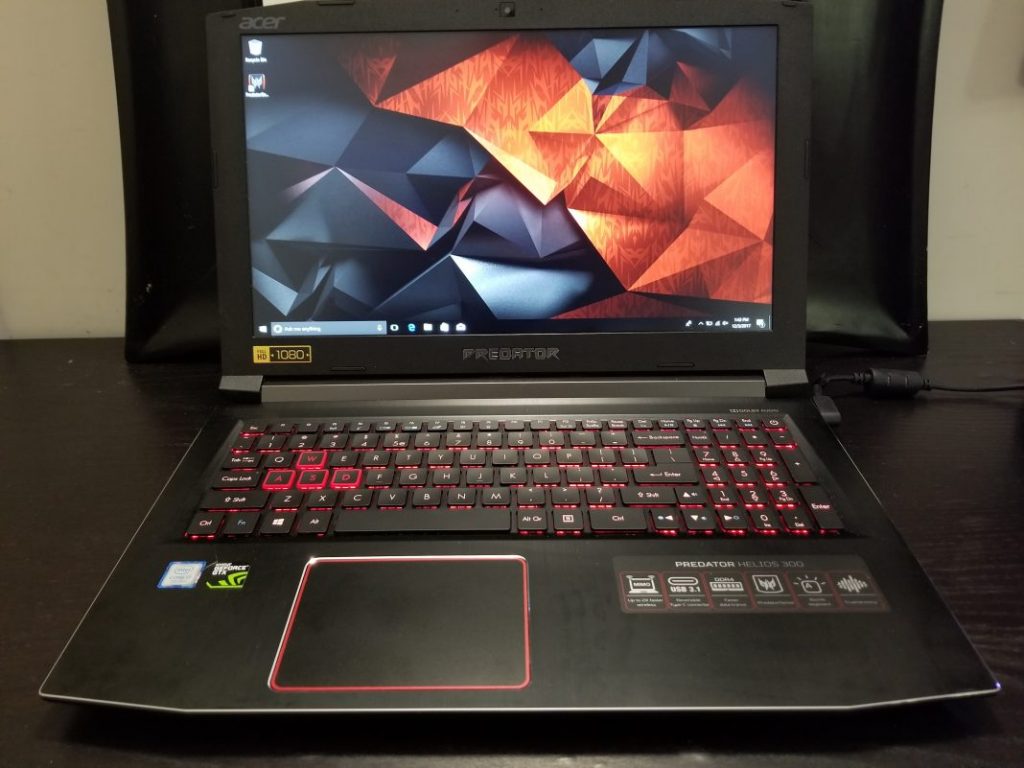 Probably the biggest problem I had with the Predator was the display. The 15.6-inch in indeed a full 1080p HD display (1920×1080 resolution in a 16:9 aspect ratio), its sharp and one of the selling points it in its IPS (In-plane switching) color staying “true” no matter the angle being viewed, while it keeps its promise there, the color is certainly not the best in this class. In a test, The Predator’s display covers roughly 81 percent of the sRGB color gamut. In playing games like Overwatch, the details were there, but the colors weren’t accurate. As far as brightness, the screen measured just above 220 nits, better than some other laptops in its price range. For those who were also wondering, this is not a touch screen laptop. In testing out the 720p webcam, the images are sharp but the inaccuracies in the color were clearly visible.

The Predator sports Acer’s TrueHarmony speakers, and they are surprisingly amazing. I highly recommend sifting through the Dolby Audio app’s profiles for your personal preference. My only problem was the base could be a bit better.

Here is where I really wanted to push the power of the Nvidia GeForce GTX 1060 GPU, with 6GB of dedicated VRAM. On games like Destiny 2 and Overwatch ultra settings at 1080p with FXAA anti-aliasing, the game ran between 68 and 74 frames per second and on occasion dropped down to 64 fps during interactive cut scenes but there were zero lags in both cases. It was truly amazing to play at this frame rate, just for reference, the average for notebooks falls around 36 fps. On the SteamVR test, the Helios easily scored a 7.0, with anything over a 4.5 to be average.

The performance of the Helios surpassed my expectations. While rendering a video, in Adobe Premiere I had Adobe Photoshop open, had 20 tabs opened on Google Chrome, opened a stream on twitch and watched a 1080p video on Netflix and zero lag was present. On an interesting note, while running the previous test, I used a laser thermometer. The bottom of the notebook reached over 110 degrees, the keyboard 10 degrees cooler. After closing all the applications and using the notebook casually. The average temperature lay around 85 degrees.

In most notebooks that promise a battery life of upward 7 hours, with the barrage of tests I was putting this through I was expecting the mid-end of 5, I was wrong. The notebook comfortably ran for just over 6 hours and 32 mins.

Part of investing in a gaming notebook is knowing how far you can expand its capabilities, lucky for you this is an actual feasible option. Under the notebook, there are two easy-access panels. Underneath you can access the SSD and the memory slots. With just some simple assistance with a precision screw driver, you can easy upgrade the modules on your own with little to no friction.

With the exception of my display concerns, The Acer Predator Helios 300 is one mighty machine. A gaming notebook with the power of play the latest games in over 60fps, a VR-ready powerhouse with one surprisingly long battery life. I was extremely impressed and while I know why the machines is under $1100, it is more than worth it for the power and portability you get.