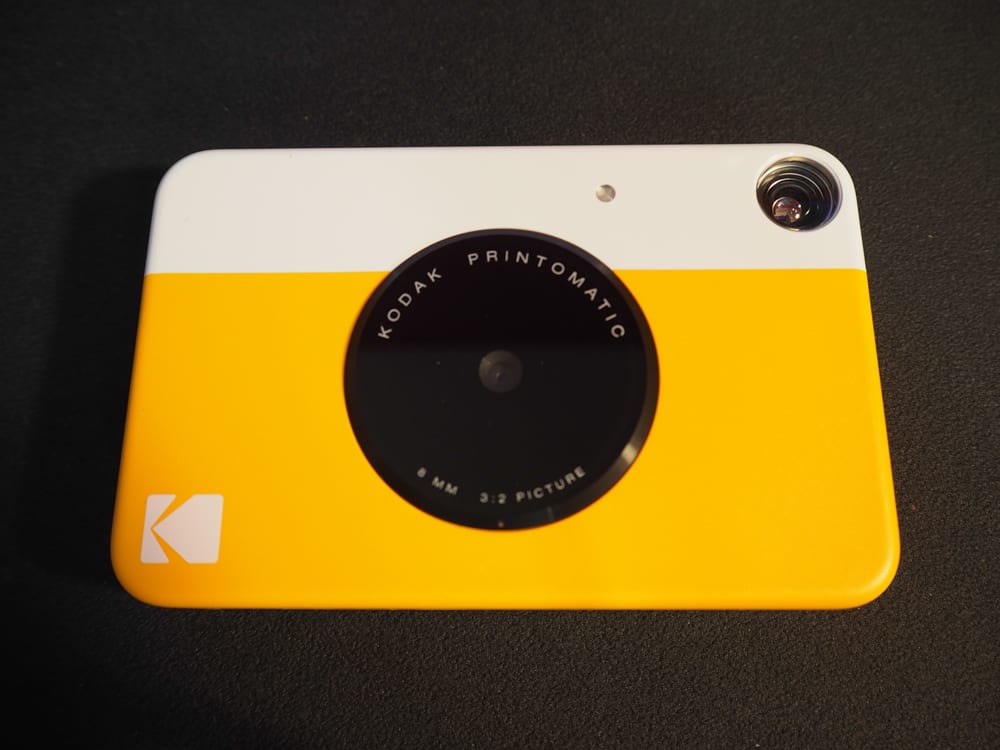 Is there a place for instant print cameras in today’s digital camera world? I’d like to think there is because while digital photos are great, especially since you can take so many of them and basically choose your favorites, there’s just something special about having a physical photo. With that said, there are a few ways to get physical prints with a digital camera. You can either send your files to have printed, print them out on your color printer, or get an instant camera like the KODAK Printomatic Instant Print Camera. 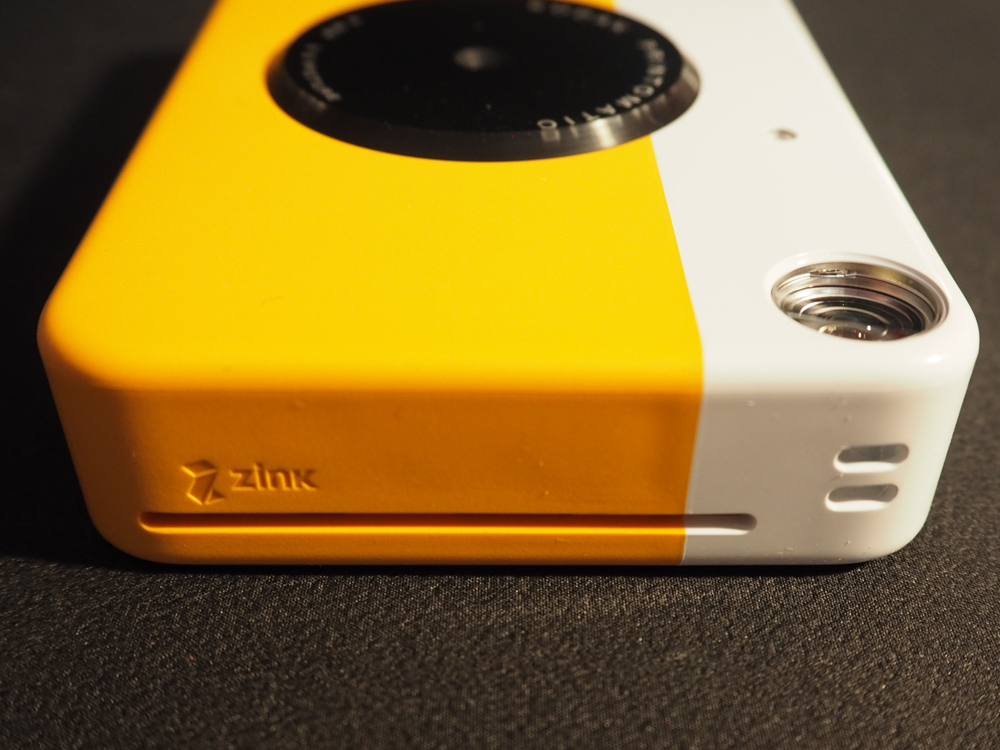 For starters, the camera looks like something KODAK would make with its iconic yellow and white color scheme. The body itself is rectangular with curved edges, giving it a look of a squished app icon. It even has a giant black circle for the lens, though it really doesn’t need to be that large. Speaking of which, the camera itself is quite beefy, but that’s mainly because it needs space for the print paper and the printing mechanisms. If it weren’t for that, this camera could be a lot smaller, but it isn’t.

As a camera, the KODAK Printomatic is very basic. It sports a 5mp sensor, two different shooting modes (color and b&w), and an optical viewfinder. It’s very similar to what old-school cameras were like, but without the film. Instead, you fill it with ZINK ZERO INK photo paper and if you want to save images, you can do so with a microSD card. Other than that, it’s like I said, very basic. 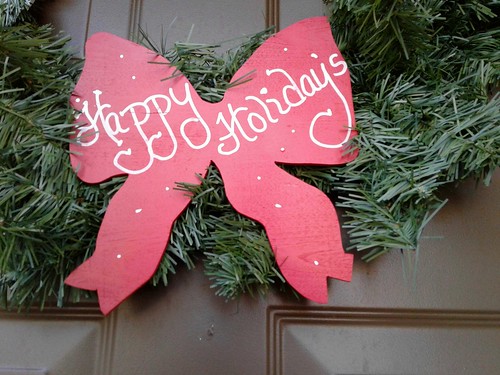 Are the photos the KODAK Printomatic takes any good? Meh. They’re okay but nothing to be excited about. 5mp is pretty low, especially by today’s standard for a point and shoot camera and you’ll get much better photos from your smarthphone these days. Looking at the photo I saved to the microSD card, the photos are super noisy, washed out, and just not very good if taken in anything but bright conditions. That means outdoor photos look okay but anything indoors is very poor. Because of this, I think it affects the way the prints come out.

Now I haven’t experienced how well these ZINK printers are supposed to print photos, but with the KODAK Printomatic, it’s pretty bland. When printing color prints, they just aren’t very bright or vivid and the colors just seem really off. I don’t know it that’s what they’re supposed to do or if it’s because the photos themselves are just bad, but I just didn’t like how the printed pictures came out. I mean sure it’s neat being able to print your photos right away, but the quality just isn’t there.

Photos however looked a little bit better when shot in b&w mode and the prints looked better, but there’s still no excuse whey the colored ones look so bad. 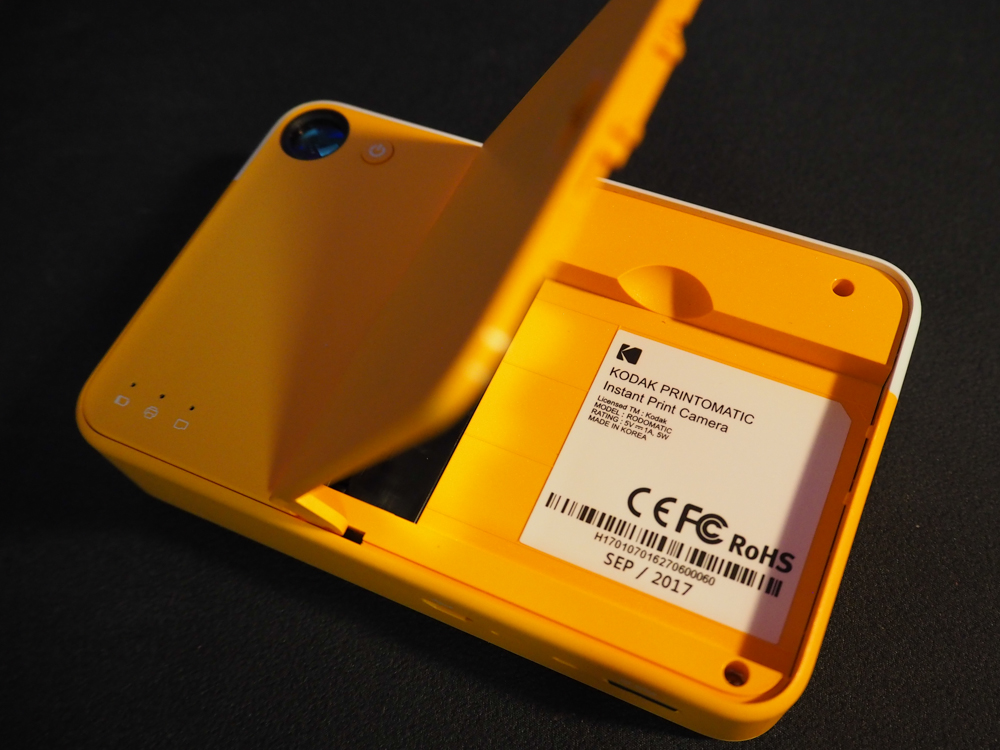 With that said, would I recommend the KODAK Printomatic Instant Print Camera? Not really. The photo quality is just too poor to recommend. That’s disappointing because having an instant camera is supposed to be fun, and while it’s neat being able to have your photo come out on a print in a few seconds, the poor quality of the photos ruins it for the most part. There’s also no way to just take photos without it wanting to print what you shoot. Even with an SD card installed, it saves photos you take, but still wants to print each shot out, even when there’s no paper.

You’re much better off just shooting photos on your smartphone and either sharing them digitally with your friends, or sending them off to print. Sure the later isn’t instant, but at least the photos will look way better.