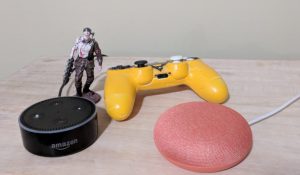 The battle of home automation continues with Google coming out with its mini version of Google Assistant (Google Home Mini). As much as I like both devices I have noticed several differences in how each control devices in my home. The voice commands for Google Assistant (Google Home Mini) can control devices in my house without creating an IFTTT (IF THIS THAN THAT) command. Other items required an IFTTT command to control it. This is the same for Alexa (Alexa (Echo Dot), the voice commands are designed to act with IFTTT commands and not just the device software itself. I don’t honestly think this is a bad thing, and it just makes things difficult to control essential items around the house using only one home control device.

The Google Assistant (Google Home Mini) can merge itself with your mobile device without extra needed software. Alexa (Alexa (Echo Dot) however needs the Alexa Application to integrate itself with all mobile devices. Not to say this is an issue, but does makes things complicated. 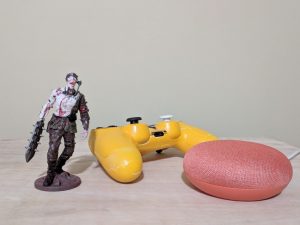 The Google Assistant (Google Home Mini) is more aesthetically pleasing to the eye, with the several different color options provided. It is not only because of its impressive looking cloth cover and lighted actions when activated. Besides the eye appeal its voice commands fully understand the different voices communicating with it. This feature is vital for when you are making voice calls with separate accounts incorporated. Which by the way is a beneficial feature for hands-free calls. 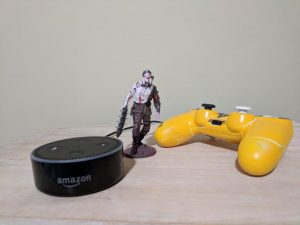 The Amazon Alexa (Echo Dot) is appealing with its round shape and lights that animate when communicating and responding. It does have features like Google in the sense that it is an intercom device just like the google home mini. It can do one better as it can be used as a two-way intercom, where the Google Home devices can only broadcast in one direction. This feature can also be used from your phone using the Alexa app.

Your Alexa app can call Alexa from anywhere, and you can listen to the room and communicate with the people in the room. I have used this feature several times when no one is answering any of their mobile devices. I am sure this is a security concern for some, but I must say it is a feature I am very fond of. This feature has been available through Alexa (Echo Dot) for some time now and I am sure can expand with more than one Alexa (Echo) device in your home. I only have one Alexa (Echo Dot) now and unable to test the feature further besides just using my phone. 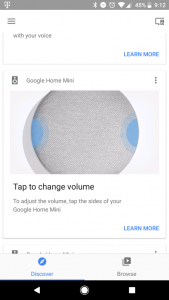 The Google Assistant (Google Home Mini) does not need an IFTTT voice command to find my phone, it already has my phone info and can make a call to it for me to see it. A good example is “Hey Google” “Find My Phone” Response: “OK Finding Your Phone” and my phone rings. The Alexa (Echo Dot) needs an IFTTT trigger command to find my phone. “Alexa Find My Phone” Silence without the IFTTT trigger to tell Alexa (Echo Dot) to search IFTTT for that command. With the trigger command, “Alexa Trigger Find My phone” “Ok sending that to IFTTT” and my phone will ring several seconds later. The response is not as instant as Google Assistant (Google Home Mini) voice command. It is critical when you are panicking because you can’t find your phone and the delay is one less chance of you finding your phone quickly. 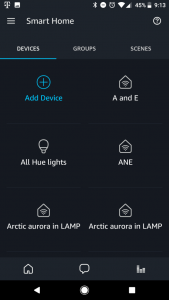 Alexa (Echo Dot) on the other hand needs to communicate with the Alexa Application. Being able to create a shopping list using Alexa (Echo Dot) is helpful but having to develop an IFTTT to have that record extracted out of the Alexa Application to read it outside of the Alexa app is a bit cumbersome. Especially when you are not aware that you must go into the Alexa App to see the shopping list or any other list to be exact. Searching through the IFTTT Applets to find the function that will move that file to your email or another third-party application is time-consuming. Calendar creations are the same thing, I mean I understand you can find stuff in one centralized location by using The Alexa Application, but that is not how my phone organized.

I use my google calendar on my computer, tablet and mobile device so having the ability to merge what I tell Alexa to set up for me in that location is essential. It is one of those features I did not use Alexa for, neither did the rest of my family. Yes, the trigger was automatic, but if you paused in between list items, you would have more than one list that you would need to combine because the IFTTT trigger would send it after completion. Please do not get me wrong I am a huge fan of Alexa (Echo Dot), just not for its incorporation through the Alexa Application. 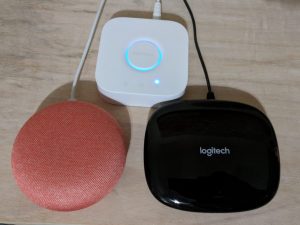 In my home, I have Philips Hue lights to control the ceiling lighting and lamp in my living room. I also have a Logitech Harmony that manages all my home entertainment devices. Before purchasing the Google Assistant (Google Home Mini), my Alexa (Echo Dot) controlled these devices. Since the purchasing of Google Assistant (Google Home Mini), I have noticed that each device has a different way of managing those devices. 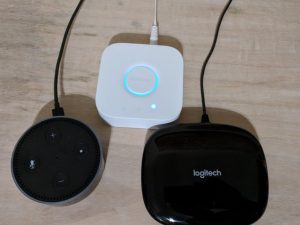 Alexa (Echo Dot) on the other hand does a better job at controlling my home Entertainment systems better than the Google Assistant (Google Home Mini) does. I did not have to specify for it to tell Harmony to turn on my activities. I can just say to it turn on “Watch TV” and it will automatically know to turn on the units being used by Harmony. I do have to tell it to “Tell Harmony to mute,” but the response is simply “OK” and not “Sure Getting Harmony” followed by a response from Harmony.

When I first purchased Alexa (Echo Dot), she did not communicate well with the Philips Hue. To be clear she did not change the colors of the lights through simple voice commands. I had to create IFTTT triggers to get her to turn the lights. I also had to create a trigger for each color I wanted, which was extremely time-consuming. I also had to know the code for the color I wanted, meaning Red would look like this in the trigger #ff0000 not selecting a color wheel and selecting Red. I can say that Amazon resolved that issue and I am now able to change the colors without an IFTT trigger. Although that did turn me off from using Alexa (Echo Dot) for that purpose. 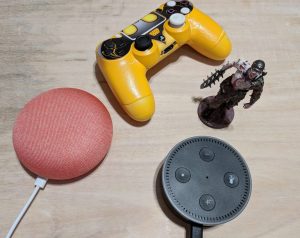 Before purchasing the Google Home, Alexa (Echo Dot) controlled all my home automated devices. It did have limitations, but I learned how to work around them, just how I am learning how to work around the limitations with the Google Home Mini. I am incredibly disappointed in the fact that the broadcast feature is not available yet, but I am still pleased with the device itself. I am also happy with the functionality of the Echo Dot.

Because both methods have features, I like and dislike I cannot honestly say I prefer one over the other. Each device has features I can benefit from at different times. I am also unable to say I will replace Alexa (Echo Dot) with the Google Assistant (Google Home Mini) because I like the way it controls my home entertainment systems. I am also unable to say that I will get rid of Google Assistant (Google Home Mini) because I enjoy how it incorporates with my phone and how it controls my lighting. I am hoping to make them coexist in my space and use them at different times for the features I enjoy about them.

I can honestly say one has something it does better than the other and both have things they can improve on. My family, on the other hand, favors the Google Home Mini as it does more stuff they appreciate. Both devices are used daily to the point that at times I am shocked by who is using the devices and the features they are using.