Smartwatches are still not we would like them to be in terms of functionality but when they first started popping up a few years back, not only weren’t they very functional, they were really ugly. As time went on things have improved and companies that make smartwatches have been able to much better mesh looks and function together.

Fossil has always made real good looking yet affordable watches and when they jumped into making smartwatches much of that did remain the same. The first and only Fossil smartwatch that I ever used was the Q-Founder and it was a well made, well designed smartwatch. It didn’t look like a smartwatch and that was cool but the Q-Founder wasn’t without its issues. It was kind of heavy, the display was a little on the big side, battery life wasn’t very good and Android Wear at that time was just okay. 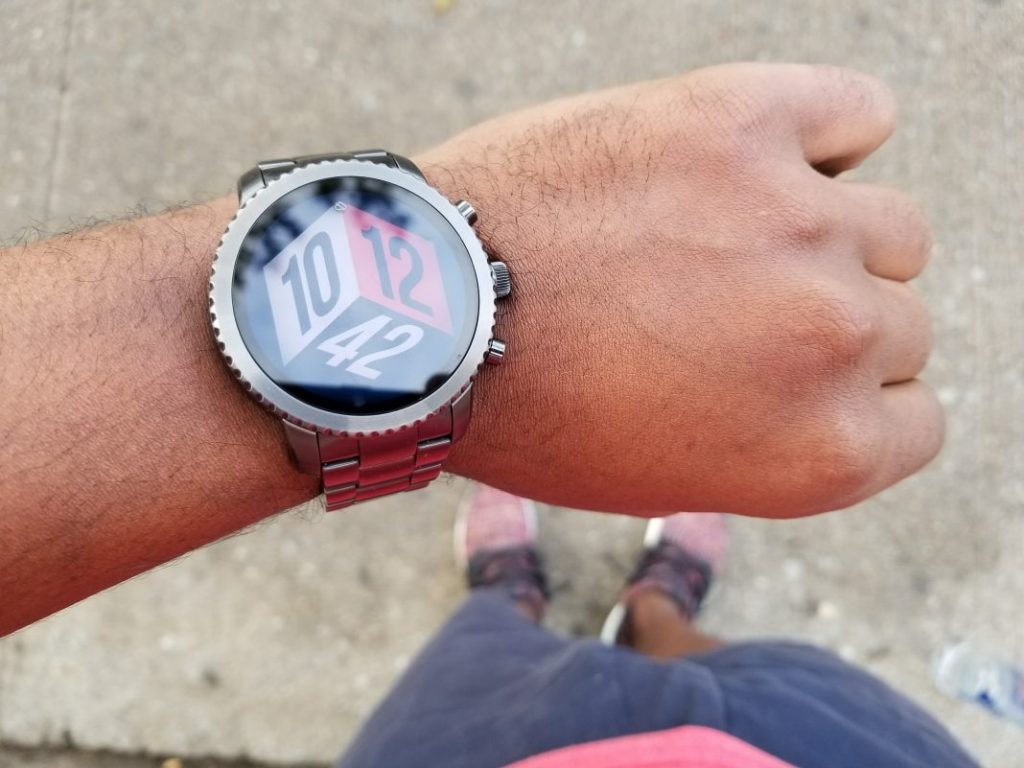 Fossil’s newest edition to the Q series is the Q-Explorist in its 3rd iteration. It’s a well-built, lightweight, functional smartwatch running Android 2.0. All good things. Unfortunately, that’s all the Q-Explorist really has to offer. There isn’t anything revolutionary about the Q-Explorist. It’s just nuanced.

I want to be clear in saying that the Q-Explorist isn’t a bad smartwatch. It’s a very good smartwatch but it suffers from everything that all smartwatches suffer from in my opinion. Not having an identity. Smartwatches today are nothing more than extensions of your cell phone and what you’re really paying for is which one looks better at doing it. The Fossil Q-Explorist along with a lot of other smartwatches that fall right into this category. 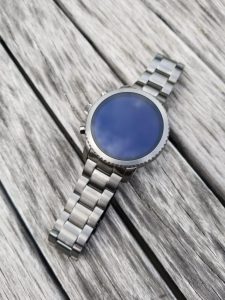 It is gorgeous. I can’t lie about that. I wear it everyday. I love it. It’s so clean and it’s my ideal choice for what type of watch I would normally wear. The fact that’s its “smart” enhances it and for what it’s worth, the watch does do that quite a bit. I have the 44mm version of the Q-Explorist but there is a 42mm version as well.

Spec wise the Q-Explorist touches all the bases. It’s got a high-resolution AMOLED display, swappable bands, wireless magnetic charging, Qualcomm Snapdragon Wear 2100 processor and 4GB of memory. This alongside Bluetooth and Wi-Fi connectivity.There is integration with top fitness apps including Google Fit, UA Record by Under Armour, Strava, and RunKeeper. The screen on the Q-Explorist is fully round with 100% of the screen being used for function. Standalone apps can be installed directly to the watch or from your phone to the watch. Big improvements were also made in having Google Assistant as opposed to Google Now and everything comes together cohesively and Android 2.0 is looking like a solid OS. 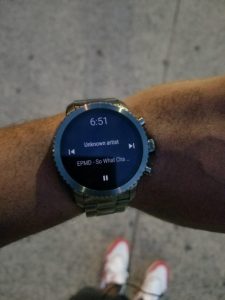 The experience was smooth and the watch never stumbled or froze. I didn’t really have much issue except for the speakers not being too great but that wasn’t a deal breaker because after all, it’s a smartwatch. The crown on the Q-Explorist was probably the biggest annoyance in that I always found myself pushing it in whenever I raised my wrist a certain way. Battery life could have been better. I averaged about a day, and until the morning before I had to charge it but that was only good if I wasn’t going anywhere the next day. So, basically you have to charge the watch everyday, even at the lowest energy settings. NFC, GPS not being available isn’t a big deal for me. I can’t however understand why the heart monitor was omitted but there’s Google Fit integration on the watch. Mind boggling but also, not a deal breaker.

My final thought about the Q-Explorist is that it’s a really good smartwatch. I would absolutely recommend it for anyone looking for a smartwatch that isn’t an Apple Watch (No knock on the Apple Watch). Android 2.0 has vastly improved and provides a smoother experience. It’s competitively priced at $255 and $275 and there are additional bands if you want them vary that between $25 and up to $40 on Fossil’s website. You won’t be breaking the bank on the Q-Explorist and it’s a smartwatch which actually looks like a watch. The drawback to the Q-Explorist isn’t in anything Fossil did or didn’t do. They actually nailed it with this watch but again, smartwatches really don’t do much and Android 2.0 on this watch is a big improvement but nothing different. I wouldn’t be mad at anyone who picked one up however. You can head over to Fossil’s website and order yours and a couple of bands HERE or pick one up at your favorite retailer.