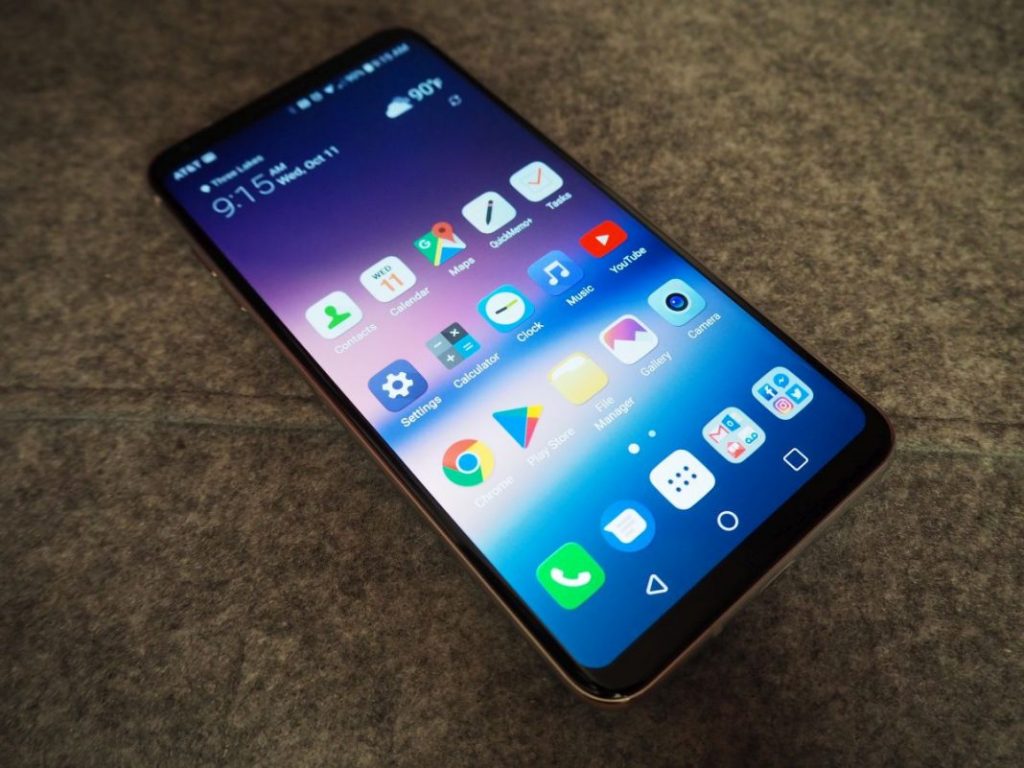 Depending on which carrier you purchased your LG V30 from, you’ll find a different set of pre-installed apps on them commonly referred to as bloatware. Bloatware is basically any pre-installed app that wouldn’t normally come on an unlocked, carrier free version of the device. The best solution to avoid bloatware is to just buy your device unlocked, but that usually requires paying for it in full, which many people don’t want to to. Most people will just buy the phone from their carrier so they can either get it at a cheaper price or be able to pay for it month by month. If you do this, you’ll have to make due with some added bloatware.

Because this is an AT&T branded LG V30, it comes with a few AT&T apps that you can’t delete. It’s pretty much in line with what came on the LG V20 before it. If you buy the device on another carrier, you’ll have a different set of carrier installed apps. Note that these apps can not be deleted. Some can be disabled but not all of them.

None of these apps are particularly that useful although some are kind of interesting. AT&T Call Protect for instance will automatically screen calls as fraud or spam and allow you to also temporarily bock calls. Setup & Transfer lets you move data from your old device to the new device, and MobileSecurity is supposed to protect you from unsafe apps. If you have DirecTV, you’ll probably make use of the two DirecTV apps.

Again, a little surprising here that there really isn’t too much pre-installed. Basically it’s just 4 apps, (some that you probably use) and 2 games. On the plus side, you can delete both games if you don’t plan on playing them. You can also delete the 4 extra apps if you don’t use them as well. That’s a bit surprising because in the past, you could only disable some of them.

There’s also a bunch of LG apps and Google apps installed, but I won’t count those as most likely, those also show up in the unlocked version of the devices as well.

All-in-all, not too bad really. The AT&T branded apps are a given and I already knew I would not be able to get rid of them. I am glad to see that you can delete the “other apps” from your device which helps free up a tiny bit of space. Of course in the end, it probably doesn’t matter all that much because the LG V30 does come with 64gb of memory which is a lot on top of being able to add more memory via SD Card.

How do you feel about carrier bloatware? Let us know in the comments below.