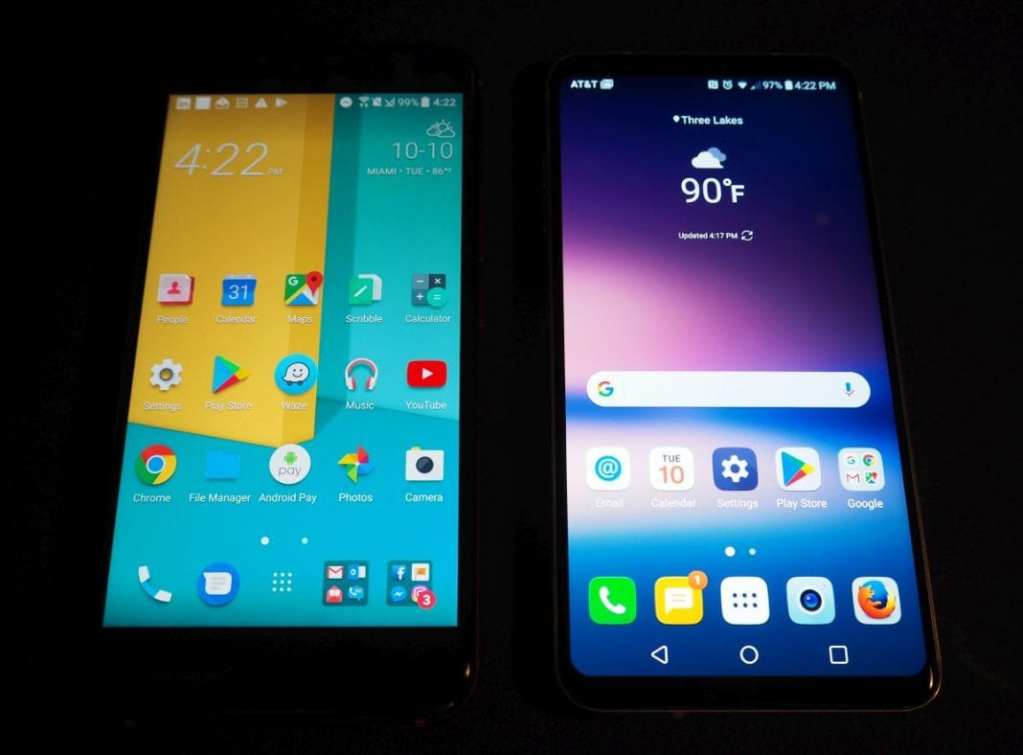 The newest flagship out on the market right now is the LG V30, LG’s latest in their V-series line. That means it has most of the specs required for a flagship this year – huge screen, Snapdragon 835 processor, 4gb of RAM, 64gb of base storage, and an excellent camera. The same can be said about the HTC U11 which came out well before the V30 did. Both these devices have very similar internal specs, but they each have a slightly different take on what makes a flagship a flagship, which makes them unique in their own way and gives you a reason to choose either one or the other.

The HTC U11 takes a more traditional approach at first glance with a form factor that is very familiar. It has curved screen edges, but has huge top and bottom bezels. It also has a fingerprint reader / home button up front but ditches the audio port. Not only that, HTC also ditched the aluminum body in favor of a hybrid aluminum/glass construction which makes the HTC U11 look very nice, especially in the Solar Red color. This follows the trend many flagships are taking this year. However, the downside to this is that the rear glass is very prone to fingerprints and you’ll most likely want to run a case to keep the fingerprint and eventual scratches away.

While most smartphone makers are going dual camera now, HTC went traditional again with a single camera in the rear, but one that was ranked quite high in tests.

What separates the HTC U11 from other flagships this year is the new squeeze feature called Edge Sense. With it, you can squeeze the sides of the phone in your palm to have it perform various functions, such as taking photos or starting apps. It’s an interesting feature and one that no other smartphone has.

The HTC U11 is a very good phone and one that works quite well with regular usage. It’s fast, reliable, and familiar.

The LG V30 is of the new camp in phone design and tries to pack as much usable screen as possible in the most convenient package. It’s similar in size to the HTC U11, but a tiny bit smaller and a tiny bit thinner, but has a much larger screen since it made the top and bottom bezels so much smaller in comparison to the HTC U11. This was also achieved by not having the fingerprint reader/home button up front and instead having it on the rear of the device like previous V-series phones. Unlike the previous LG V20 though, the V30 ditches the second screen up top.

The LG V30, like the HTC U11 is also ditching the metal construction and went with a metal / glass hybrid. The downside to this is that the LG V30 no longer has a replaceable battery like the LG V20 did. The LG V30 feels a lot lighter than the HTC U11 though and doesn’t feel quite as large in your hand as the HTC U11 does.

Audiophiles will be pleased to hear that there still is an audio jack which means those with wired headphones can make use of the V30’s HiFi Quad DAC audio processing for superior sound.

On the rear of the V30, you’ll find not one, but two cameras like on the previous V20. Unlike other devices that use one of the cameras as a telephoto zoom, LG uses it as a wide angle lens, which again differentiates it from other flagships. 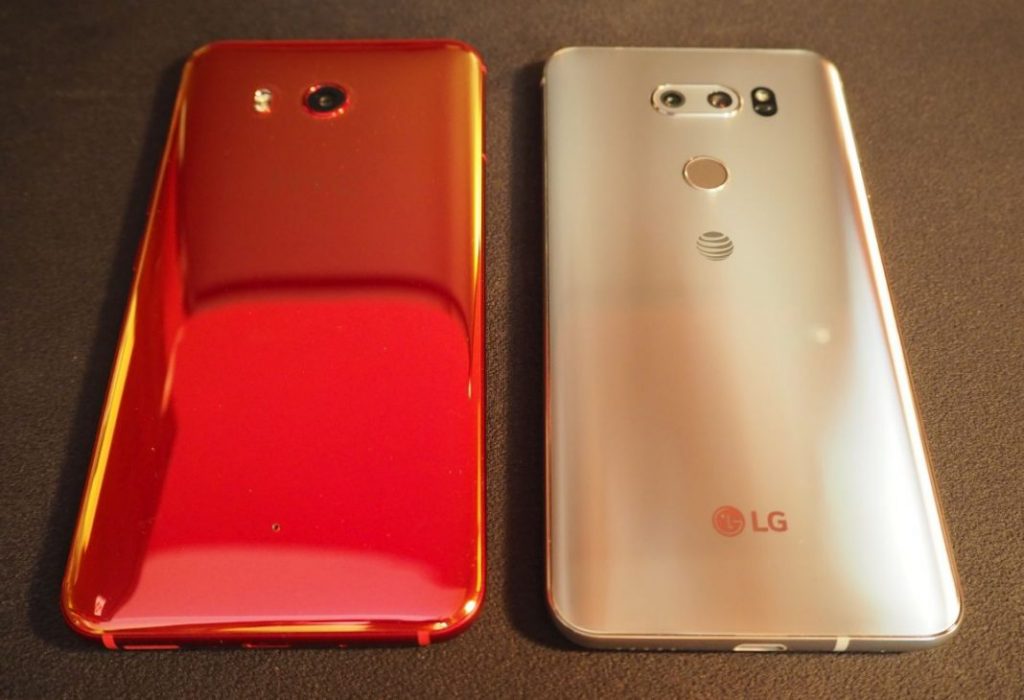 There’s no real answer to that question. Both have very similar specs and very similar performance. Both are running pretty recent versions of Android and you can’t go wrong with either camera. It comes down to whether or not you like a device that is more traditional or one that is adopting a new design language with a near edge to edge display.

The glass on the HTC U11 looks slightly better with its color shifting properties but both are giant fingerprint magnets. In terms of looks, it’s hard to tell the difference from a far when they’re both off but once the screen is on, there’s a big difference.

Aside from that, there are other little things that make each phone unique. The HTC U11 has Edge Sense and the LG V30 has a wide angle lens and Hi-Fi Quad DAC. What’s better? What do you guys think? Hit up the comments below and let us know.