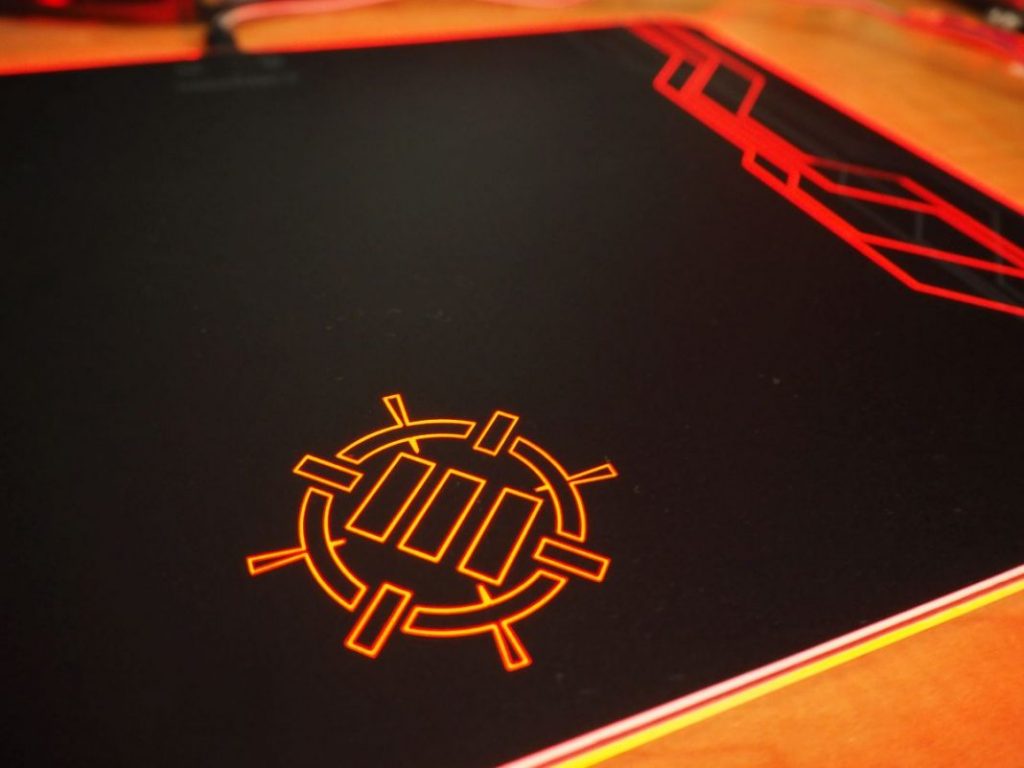 If you’re not a gamer, the last thing you’d think you need is a mouse pad that made especially for gaming. In fact, you’re probably using some mouse pad you got for free that came with your computer, or it’s something you had laying around. Maybe you’re not even using a mouse pad and that might be working just well enough for you on a day to day basis. However, if you are a gamer, you’re probably going to want to invest in a quality gaming mouse pad and why not get one that lights up to spruce up your gaming setup. With that said, I gave the Accessory Power ENHANCE Gaming Mouse Pad a go which features 7 LED lighting modes and 3 levels of brightness.

The ENHANCE Gaming Mouse Pad is larger than your standard mouse pad you might be used to, unless you’re a gamer. It’s 13.75 x 9.87 inches which gives you plenty of room to move your mouse any which way. It’s a hard mouse pad with a very smooth surface allowing your mouse to move freely and effortlessly.

It’s got a pretty cool futuristic design on its surface with the ENHANCE logo at the bottom center. The main feature though is the built in LED lights that are powered via a USB cable and your computer. No need to plug it into another power source. There’s also no need to install and special apps or drivers because changing the color modes is all done with built in buttons on the pad. There are two buttons, one to change color modes and one to change brightness. Very simple and easy to use.

As far as mouse tracking goes, it works pretty well. I saw no evidence of mouse skipping and movement was precise and smooth. It’s also fairly quite with very little friction.

While the ENHANCE Gaming Mouse Pad might not be as advanced as some other gaming pads from other manufacturers, it’s relatively inexpensive and I like the fact that it requires no software installation. It also looks pretty cool and will make any desk look just a bit more flashy and fun.