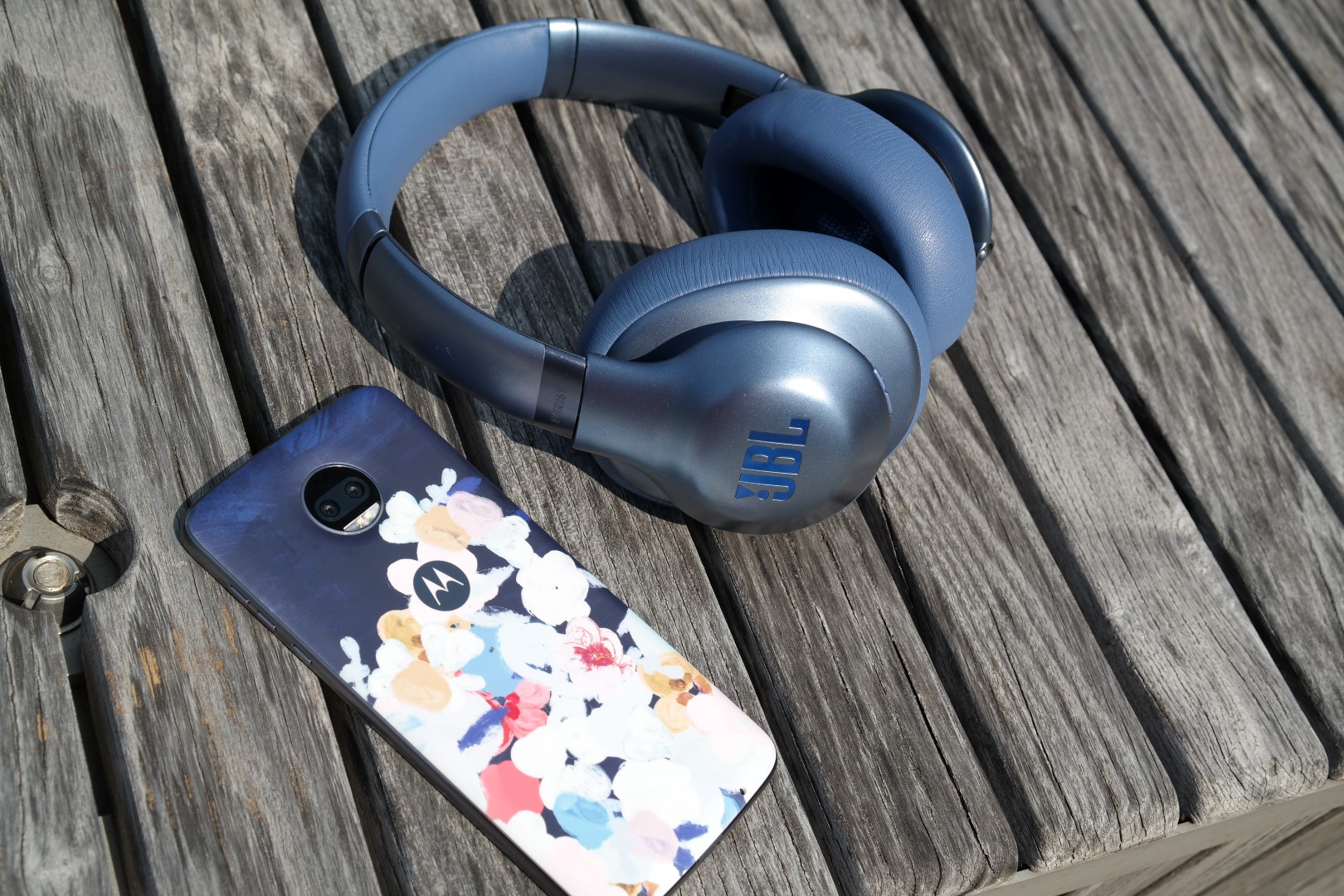 It’s been awhile since JBL made a follow up to its Everest Elite 700 headphones. Almost two years to be exact. I thoroughly enjoyed them except one issue… multi-device syncing. Was JBL able to fix this hiccup the second time around? 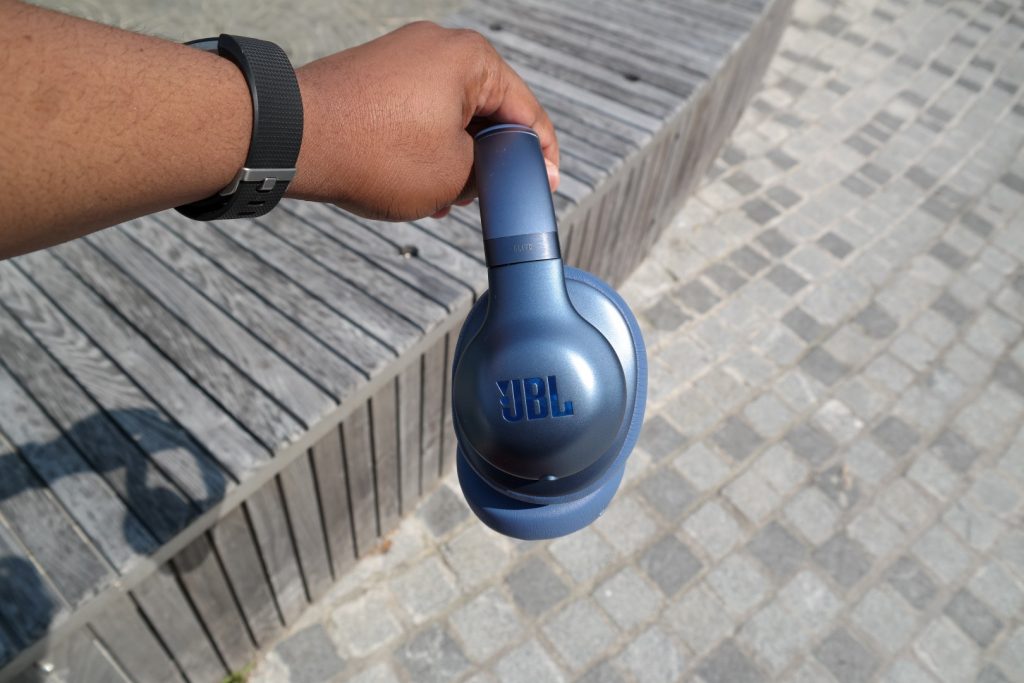 Like their predecessor the Elite 750 look huge at first glance but getting them in hand they are rather light. I’m a fan of this colorway which is close to a teal blue. It’s not an overpowering blue which gives it a relaxed warm look.
JBL had comfort in mind as its earcups are a plush memory foam material which is also underneath the headband. The rest of the headphones are outfitted in a durable plastic.
Controls for the Everest Elite 750 is setup to be a one-hand function via the earcups. Nothing is on the left side but a headphone jack if you decide to go wired. On the right side, you have a microUSB charging port, power button, volume buttons, play/pause button and all the way near the bottom is a button for Bluetooth and other for their ambient aware.

Now it’s good for everything to be accessible via one hand but I wish all the buttons didn’t feel the same or be so close to each other. They are so smooth sometimes running your finger feels like the buttons are flush with the headset. I would have preferred more space for keys or putting some on the left side. With this I tend to make changes on my smartphone.

These headphones have storage in mind as the earcups swivel out and are collapsible. This makes it easy to store in its included case if you happen to throw in a travel backpack or even purse. Funny thing inside the included case is a miniature case to store your wires in. Pretty clean setup by JBL. 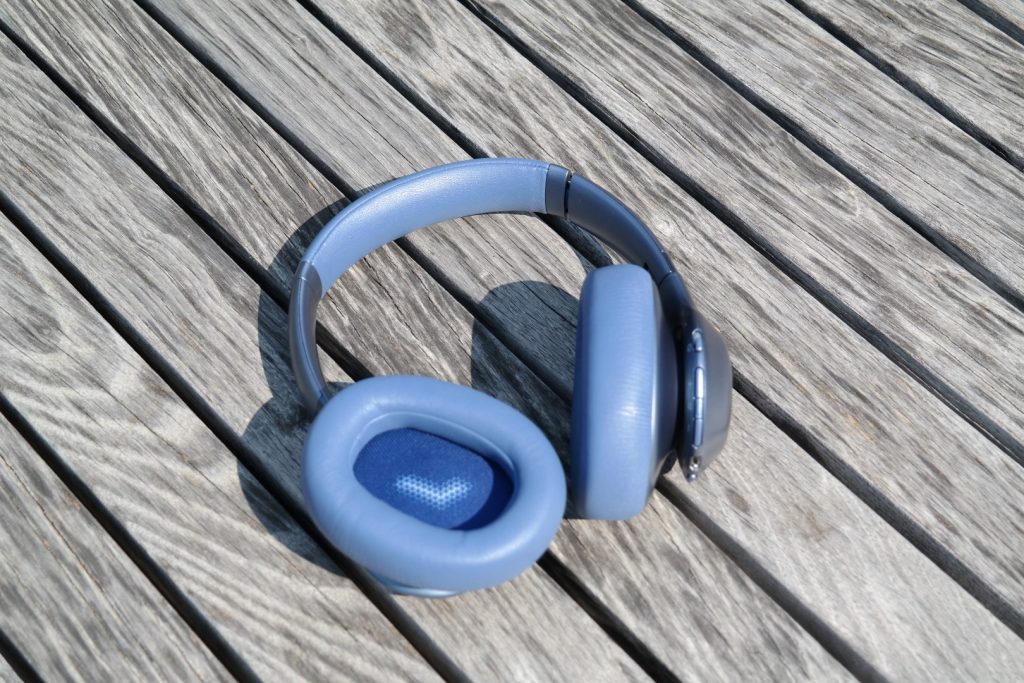 Like the 700s before them, the 750s have ambient aware but it’s been turned up a notch. If you aren’t aware (no pun intended) this drops the audio while still listenable and opens the area around you to hear things. JBL has three settings on here which you can switch to anytime either by pressing the button or accessing via the app. Make sure you have the app when you use these headphones. It will allow for updates, access to the EQ and other features such as TruNote Calibration.

Audio quality on the 750s are superb. Thanks to the over-ear earcups and the noise cancelling tech you can be submerged in whatever you are listening to and no distortion. I have cranked these up high (not suggesting) and still sounds clean. I used them for music listening obviously and catch up on some Netflix on the busy and noisy NYC train rides. They are pretty good on the bass without overpowering or distorting the quality of the audio. The 750s are slated at having about 15 hours of playtime and since using them I say they are mostly up in that department. I would suggest going on the app and turning on the “auto-off” function though or you will end up with dead phones if you are a person that frequently forgets to power off their headphones. I always been guilty of this. Its great though how you can get a full battery back in just three hours’ time of charging. 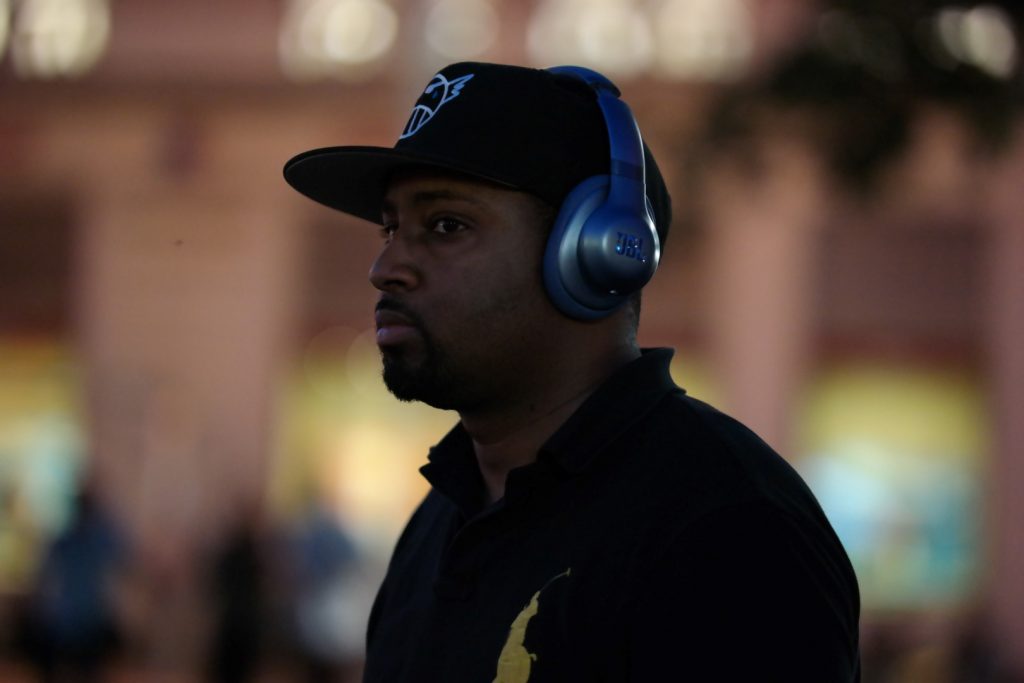 Using them for the past month JBL’s Everest Elite 750s have been a decent improvement over the older model. Sound quality is still there as well as comfort. Battery life has proved good and I can’t recall charging them much. I will say one nuisance I have come across is the 750s just desyncing from my smartphone rather its iPhone or Galaxy S8 and me having to disconnect and reconnect to reestablish my music listening. It happens once in a blue its pretty annoying.

At a premium pricing of $299.99 you can get a pair of musical cans that give you long lasting battery life, comfortability and noise cancelling. While pricing is up there it does undercut other offerings such as the Bose QC35 that go for $50 more.