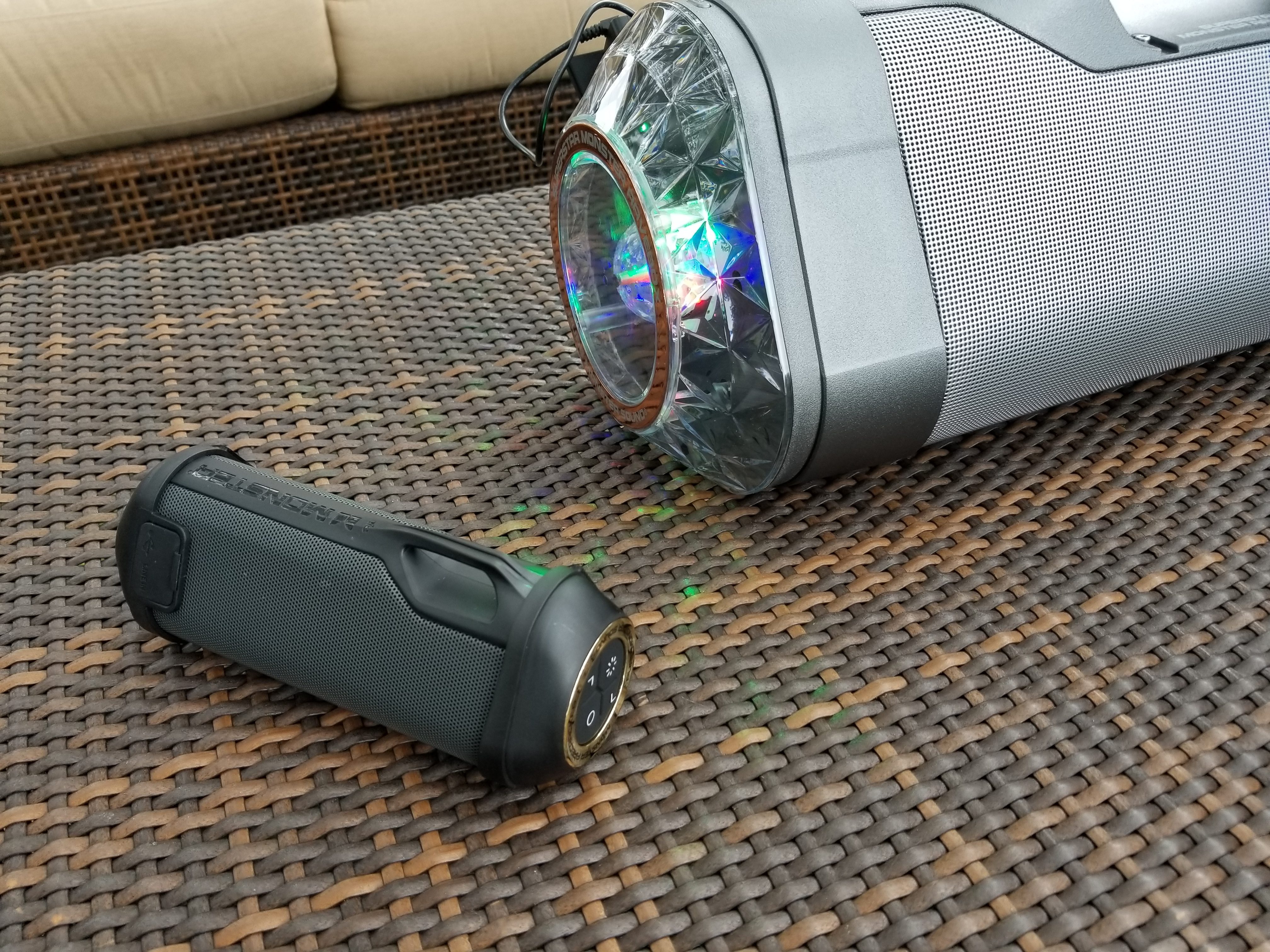 Coming into its sixth year (and me being at four of them), Made in America has turned into a behemoth of a music festival adding various sponsors and vendors as it grows larger each time. One of the companies they were collaborating with this year is Monster.

Its realistically not to see a big audio company like Monster at a huge festival that caters to different tastes of music. Monster had a nice cooling tent setup where they are showing off some of their headphones but the real thing going is their speakers.

Monster has an array of speakers setup in their tent such as their Blaster, Ravebox and the newest addition to the speaker family called the Firecracker. Blaster started it all, Ravebox revolutionized the Blaster adding a killer light show and the Firecracker is for portability. Monster had all their Blaster speakers linked to throw a killer party in their tent while one of the Ravebox had its lights shimmering about inside. 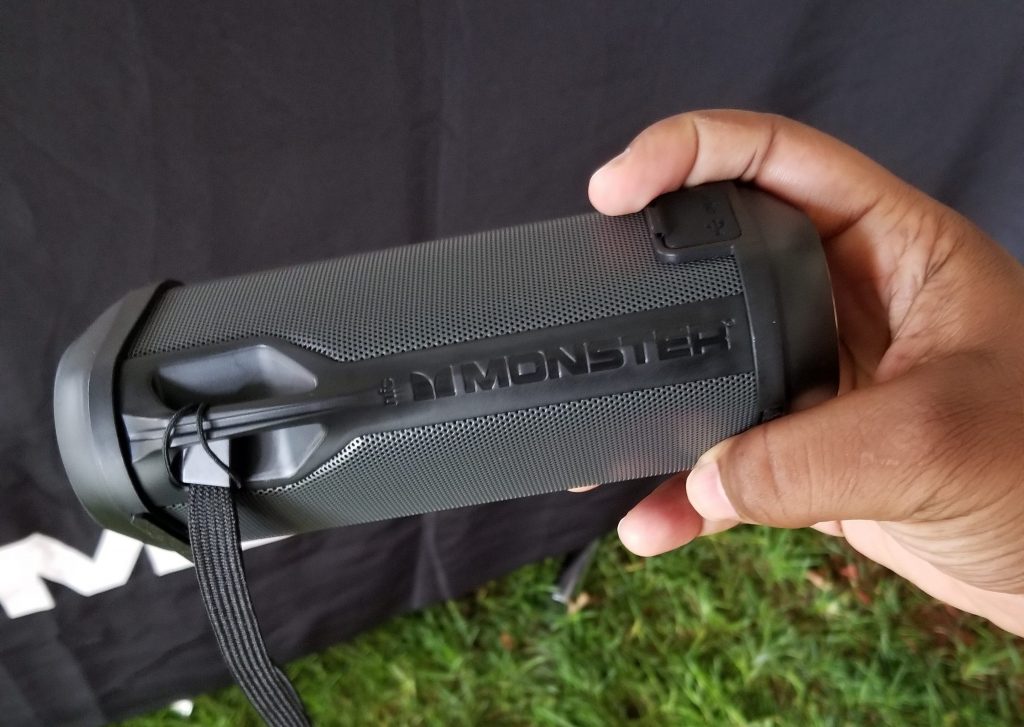 This is the first time I got to see the Firecracker which has what they call a “PhotoLite” on one side. It’s a 500-lumen light that is great for adding some light to your photos or even can double as a flashlight whether you are in the house or going camping. Speaking of camping all the speakers are weatherproof and can get wet. They were great for yesterday as there was sporadic downpour during the Made in America festival. 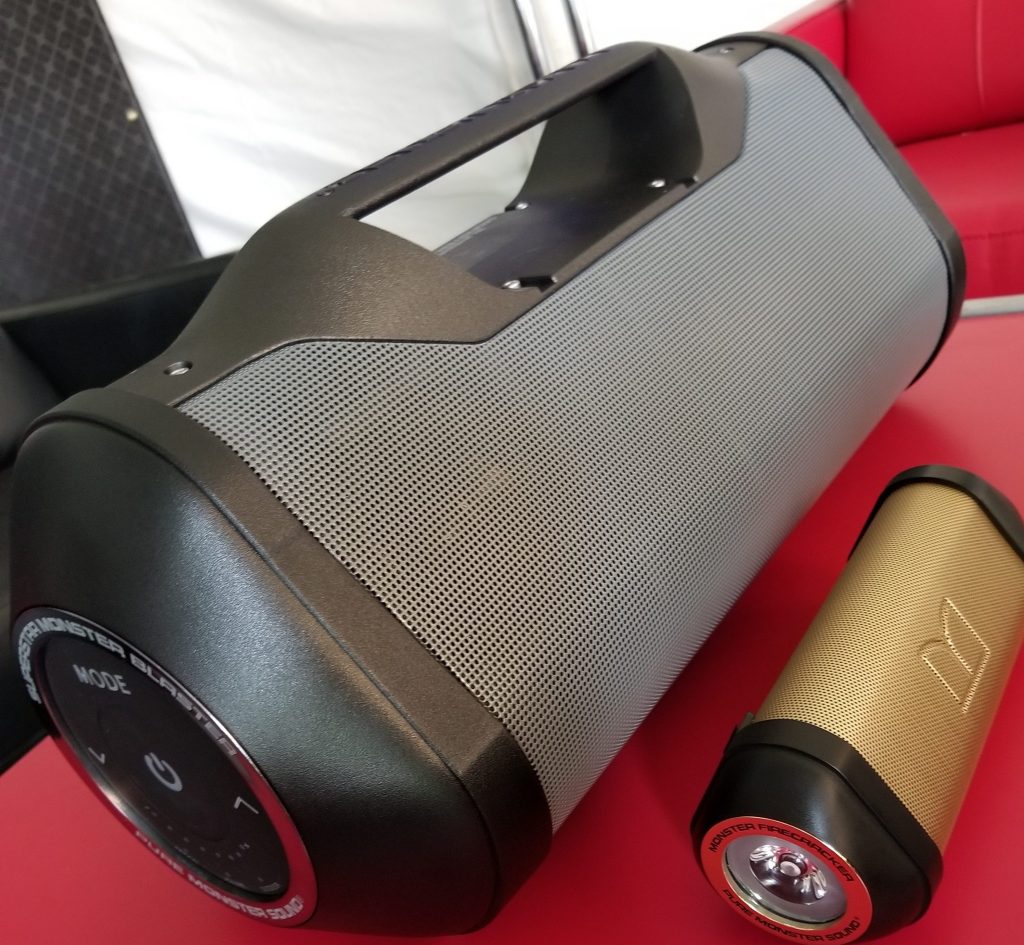 If you can attend Day 2 of Made in America make sure to stop by their tent to relax and chill out from the weather and check out our array of speakers and, they even have a recharge station if you are running low on juice with your smartphone.