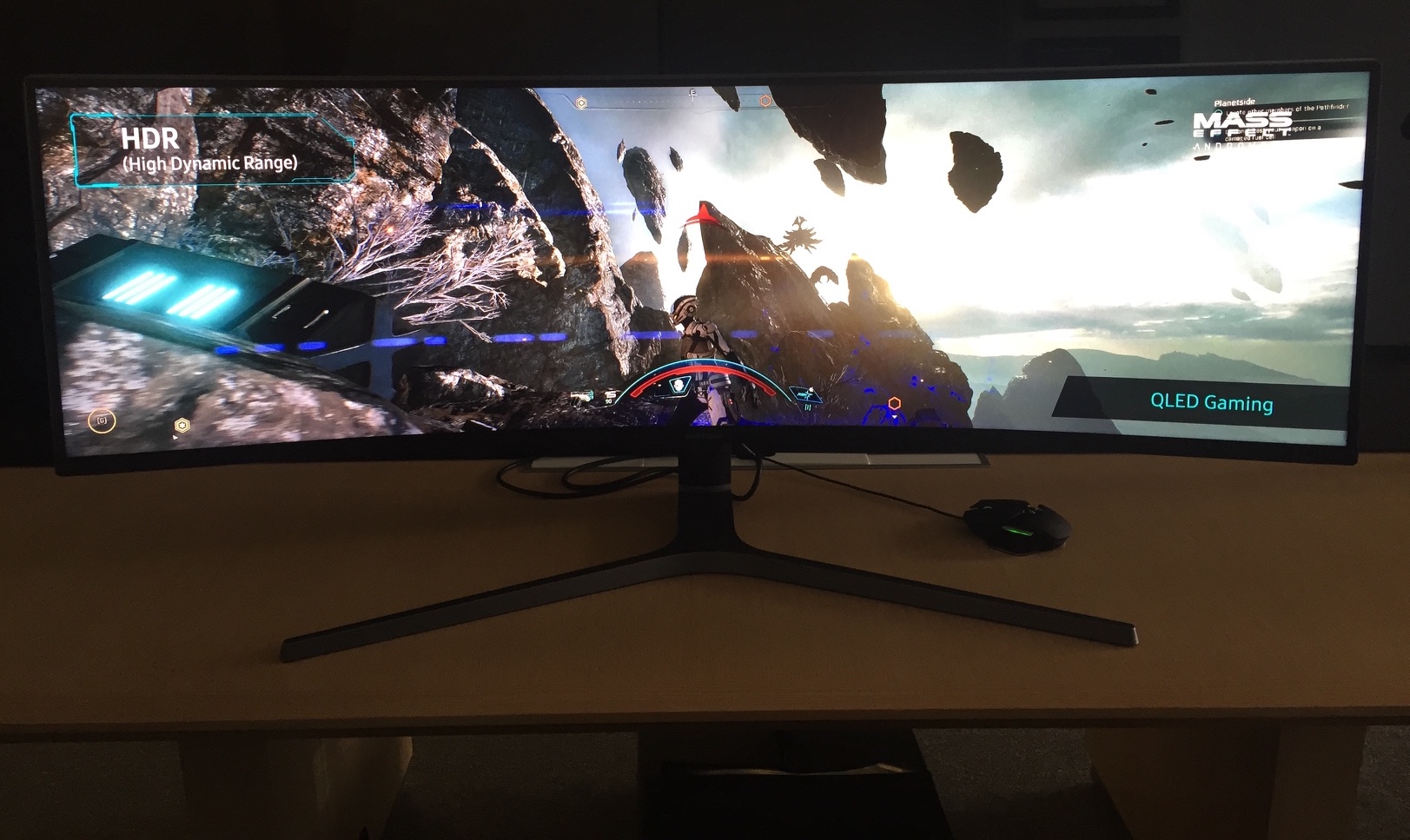 Yesterday in NYC, I was fortunate enough to be invited by Samsung to see some of their new gaming monitors that they intend to premiere just in time for E3. When I got there I saw some great monitors and I can see that Samsung is really tackling gaming aggressively. I was pleased with what I saw there in terms of their new gaming monitor lineup but there was one monitor in particular that I did not expect to see at all. Samsung reps walked me over to a corner of the room and I saw the biggest monitor I’ve ever seen in my life for gaming that wasn’t an actual TV. It was a 49″ Ultrawide display gaming monitor. That’s right, I said 49″. If you feel like saying “Holy Shit”, don’t fight the feeling. I said that myself when I saw it. That’s exactly how I felt when I saw this beauty. Samsung did not give us too much information as there will be more details coming in the coming weeks but what I do know is that it’s scheduled to go on sale officially in August and it’s going to retail at about $1499 which is not bad at all when you consider LG’s 38″ ultrawide monitor retails for around that price right now and with Samsung’s monitor you’re getting 11 extra inches.

I’m not sure how practical owning a monitor like this is but the geek in me has to have it. If you see this thing you’ll want it on your desk too. TRUST ME. It’s insane. It’s QLED, it’s vibrant, tons of screen real estate and the most important part? It’s all about gaming. You could go ahead and be boring and do work on it if you want. But why? It’s a great monitor and as soon as we get more details on this monitor we will keep you posted and when I get my hands on it, you can look forward to the review.

Even though the excitement for me was about the 49″ C49HG90 Ultrawide, Samsung did show off two other monitors that were also really cool. One 27″ and on 32″ the C27HG70 and the C32HG70 at $699 and $599 respectively. All of the monitors have Free-Sync 2 and HDR technology and will go on sale in late June / Early July so look out for it.