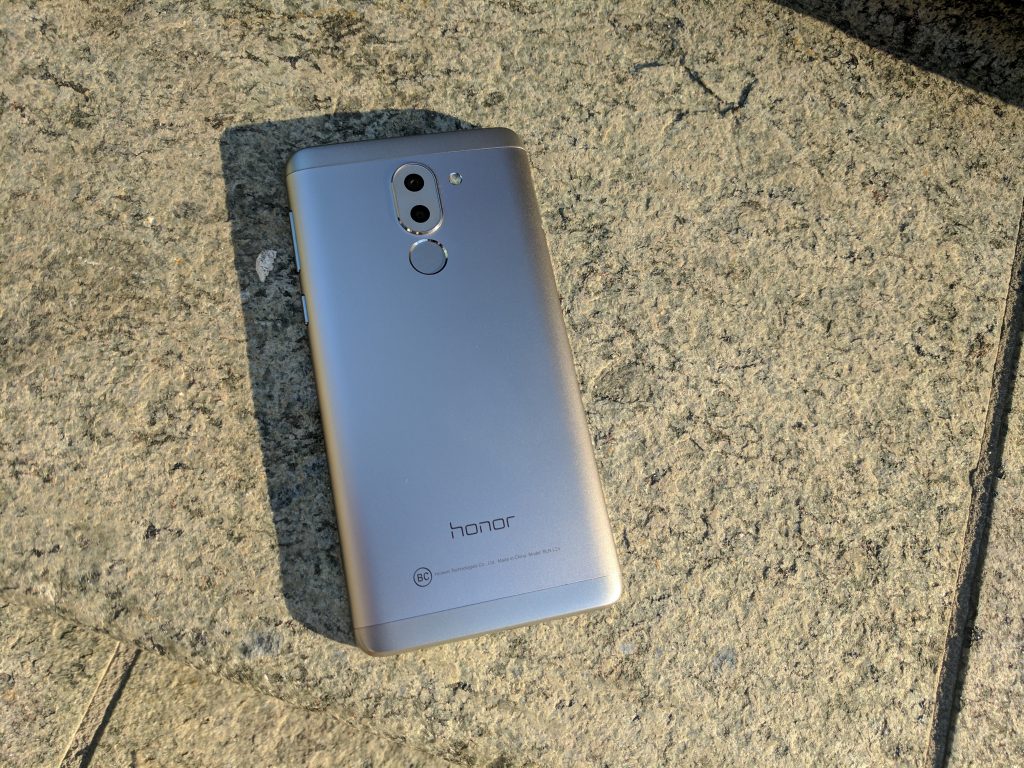 Huawei is known to make smartphones to cater to every market imaginable and the Honor 6X is for what you can call the younger generation that may not care all about the crazy specs or can’t swallow the high premiums of devices that hover in the $600-900 range. The Honor 6X wants to be nice on our wallet and make your mobile lifestyle pleasant as well. It comes off the heels of its predecessor the Honor 5X that released last year at a cool $199.99. The Honor 6X does cost $50 more but improvements have been made in this lineup.

The Honor 6X follow much of the design lineup as the 5X with a slightly curved back and replacing its brushed metal look for a more solid gray plastic backing. It still has the fingerprint sensor on the back right under the camera lens which is following the dual lens trend this year. It still rocks a microSD slot for increased storage alongside that using a nanoSIM slot. I was surprised to not see Type C here but maybe that was a cost-effective move. Also, there is no NFC here so if you are looking to use Android Pay your out of luck unfortunately. 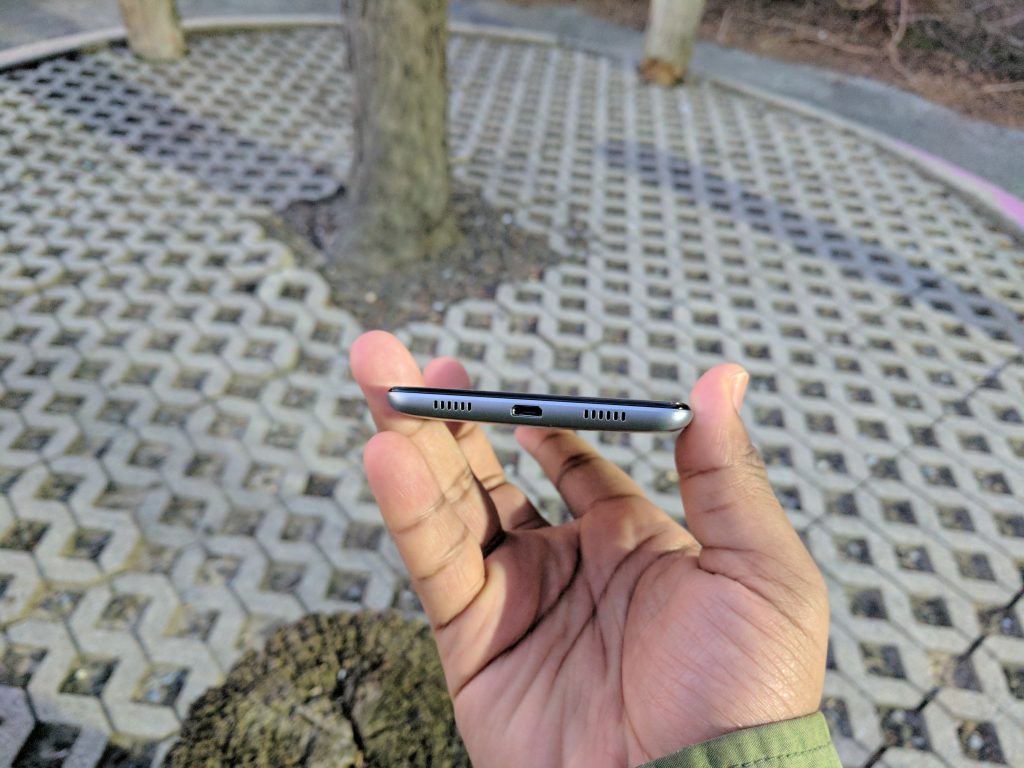 For the price, you are paying it does come equipped with some decent specs. You get Huawei’s Kirin 655 Octa-Core processor, 3GB RAM, 32GB storage and a 3,340mAh battery. Last year’s 5X had a 3K battery but it took painfully forever to charge. Luckily, they fixed that with this model and charge times are much faster than before. Still disappointed again in no 5Ghz as I feel that is a given nowadays in smartphones but must be another way to keep prices down. 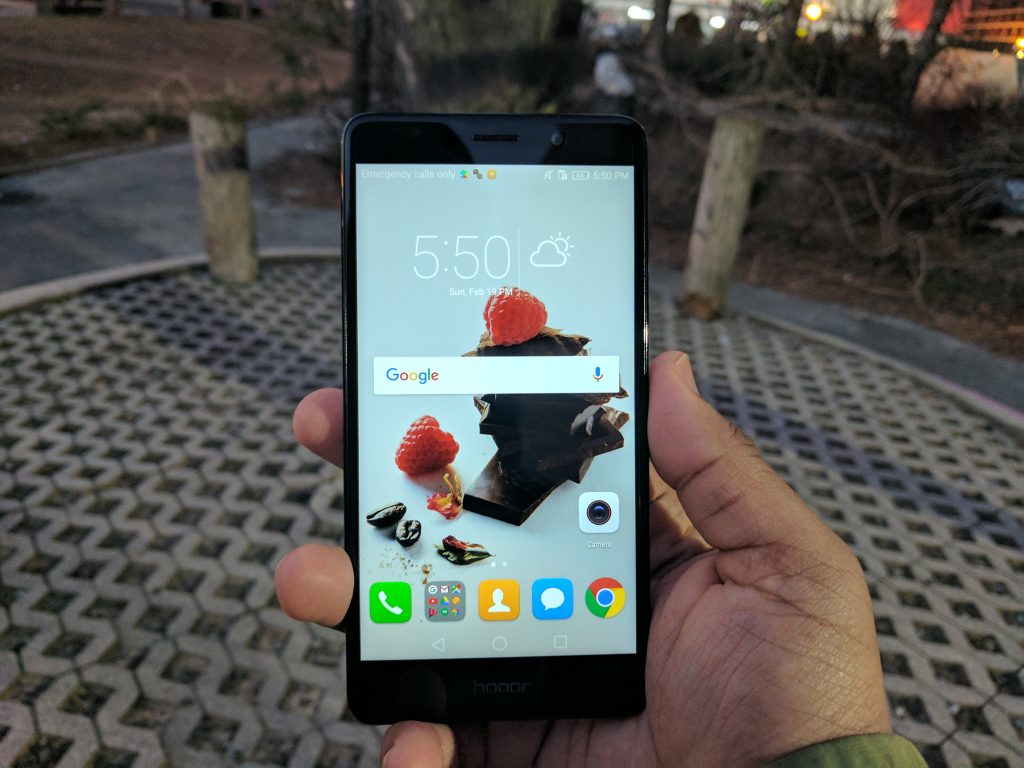 Screen size is still the same with it being a 5.5” 1080P FHD but can get pretty and looks good in outdoor sunlight. This was an issue with me with last year’s model and they corrected that which is a plus. You get a decent amount of screen real estate and should be good for normal everyday usage. 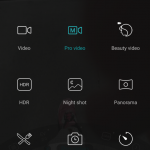 Out the box its running Android 6.0 but its slated to get Android 7 down the line. As of this typing beta tests are going on so we hope to see it here shortly. As of right now it’s using EMUI 4.1 which is reminiscent with its look and sans an app drawer button. So, either you start making folders or opt for a different launcher. 7.0 should bring the option for an app drawer which will be welcoming.

I used the camera(s) on here quite a bit whether I was in Vegas for CES or back here in NYC. This year as mentioned earlier you get a Dual Lens Shooter on the back compromised of a 12MP & 2MP lens and on the front, you get 8MP. Taking pix in broad daylight did bring up some  clean shots and were speedy at snapping them. Also, the 6X has a host of camera options ranging from Bokeh shots, Watermarks and the usual HDR or Night shot. There is even a manual mode for video/photos on here. I felt like it held its own in daytime settings but low light I still wasn’t too much a fan of.

I personally felt like the Honor 6X was a vast improvement over the Honor 5X and that made it much more enjoyable to use. With a price point of $250 it hovers under some of the stronger mid-rangers such as the OnePlus 3T or Axon 7 but that’s good. If you are interested in a ton of features and not spending a ton of cash the Honor 6X is a nice phone to utilize.