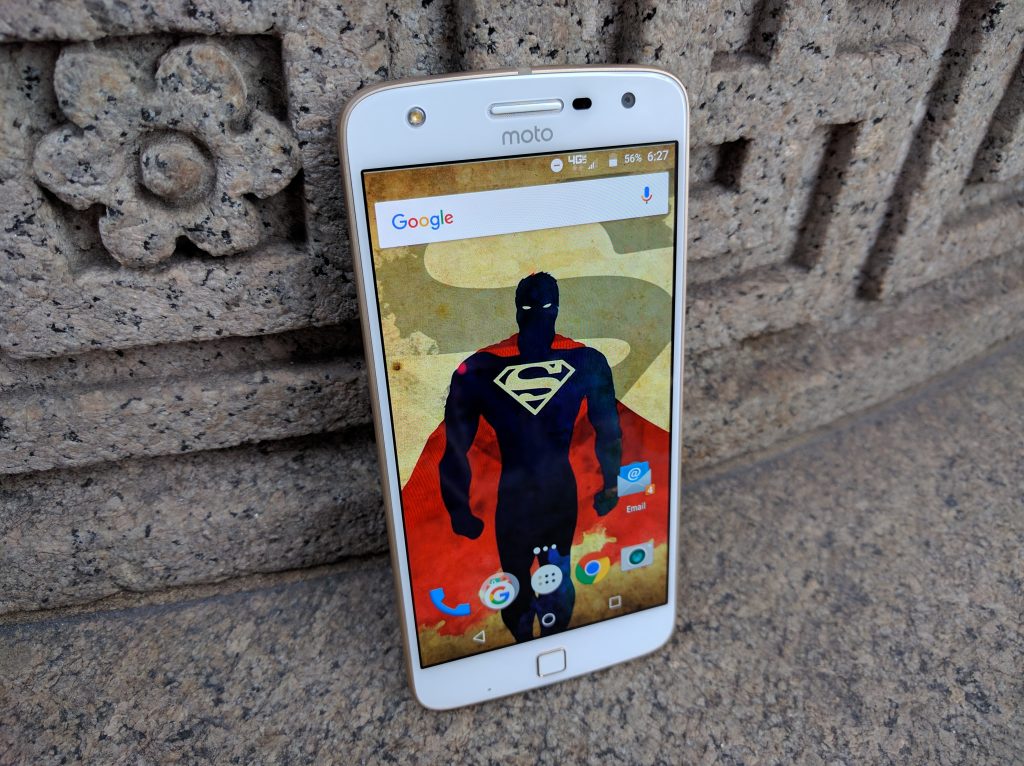 After getting spending a great deal of time and adjusting to the Moto Z & Moto Z Force smartphones that came out around the middle of the summer, Motorola has decided to announce its newest smartphone to the Z family with the Moto Z Play. They have used the term “Play” in their last series of smartphones such as the Moto X Play and even the budget Moto G4 Play if any of this sounds familiar. The Moto Z Play is supposed to be their mid-tier device that will help you save some more coin if the Moto Z/Z Force are a bit too much for your budget. Interesting enough the Moto Z Play might give you a bit more bang for your buck then imagined at a reasonable $400(actually $408 on Verizon, $449 unlocked) price tag. 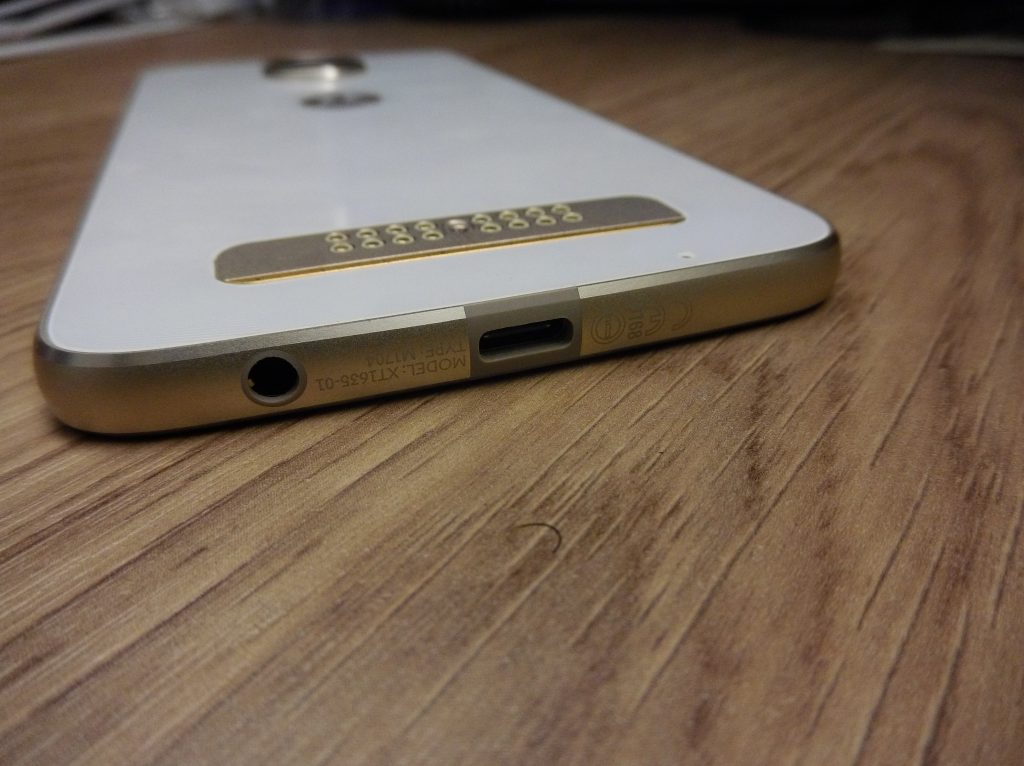 The Moto Z Play doesn’t stray too far from the design builds of the Moto Z/Z Force and moreso mirrors the thicker look of the Moto Z Force. You are still getting glass on the front and back of the Moto Z Play with that 16-pin connection which utilizes the Moto Mods. What’s interesting about the Moto Z Play is that while it does retain the newly used Type-C port there is actually a headphone jack right next to it. This was something we wouldn’t see again from Motorola but I guess they figure if someone is getting a cheaper smartphone maybe they aren’t prone to buying bluetooth headphones perhaps? In any event I did try it out with some Bowers & Wilkins P5 Series 2 Headphones and they work just fine.

Unlike the  Moto Z/Force ,the Z Play uses a 1080p Super AMOLED display with 403ppi on its 5.5″ frame. While you do get brighter and sharper colors on the other models the Z Play is just fine for everyday use and this helps save battery life. I used it a great deal for messaging, watching some videos and snapping photos and it held up pretty well. Just remember there is no ShatterShield on this device so it can be prone to screen destruction. 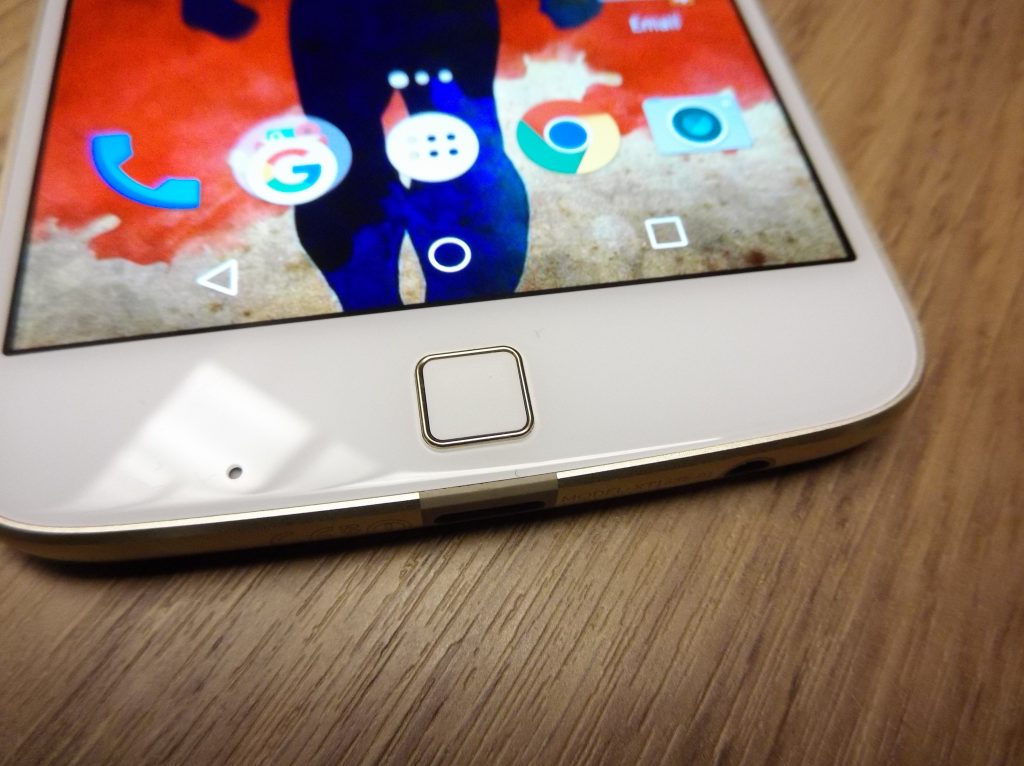 So for Motorola to make this $200+ lesser than its other models it had to make some slight compromises. The Z Play has a Qualcomm Snapdragon 625 Octa core processor, Adreno 506 GPU, 32GB Storage, and 3GB RAM. So you are just missing a 1GB RAM and its a lesser processor. But this works pretty good as it gives some longevity to its huge 3,510mAh battery that is slated to give you 50 hours of use. For the past week I used the Moto Z Play I cant remember it ever going into bleak battery death nor putting it on the charger much. I think it holds its own better than the other versions.

Like its Z siblings the Z Play runs Android 6.0 aka Marshmallow and is a pretty light version of Android with some added Moto features such as Moto Gestures and one of my favorites and never can be duplicated Active Display. Fingerprint scanner is really responsive and just have to get used to holding it down to power down the screen.

All Mods that worked on previous models work on this with no problem ranging from the battery pack all the way to recently announced True Zoom lens. If Motorola can keep these mods working in future models it would be awesome to see and have no complaints here. 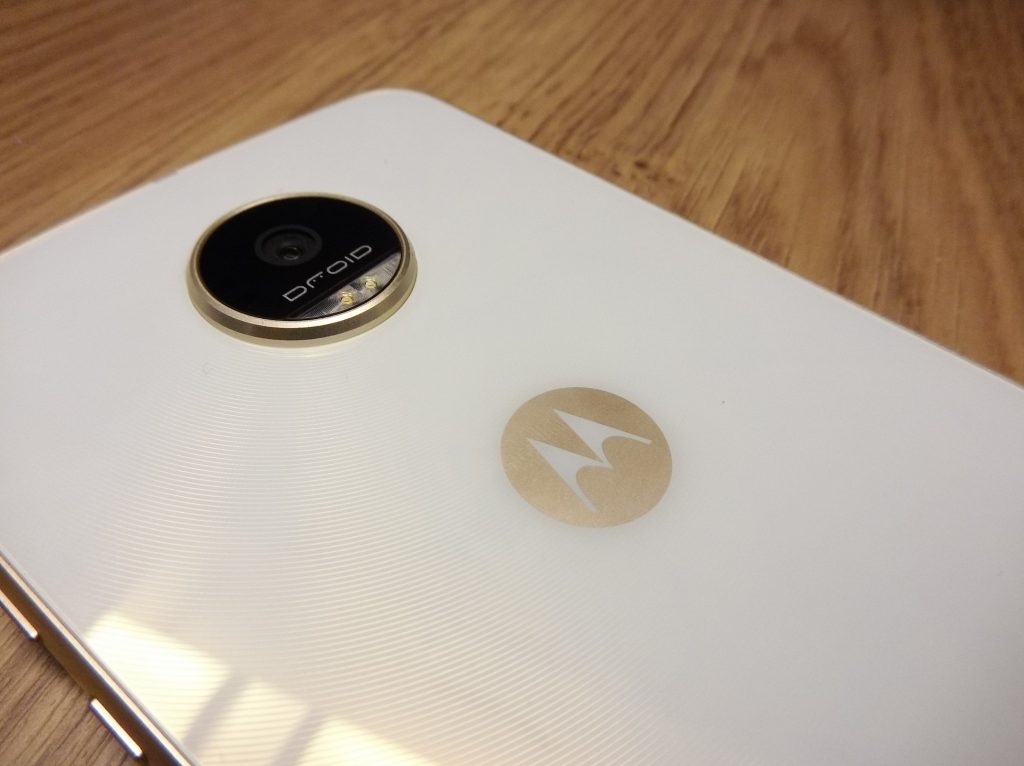 I won’t even lie to you I gave the camera on the Moto Z Play very little burn. I had the HasselBlad True Zoom Lens attached to it most of the time and took ALL the pictures in the camera roll off of there. In any event thought it does have a 16MP back shooter and a 5MP camera if you like to do face time or selfies. It’s not too far off the Moto Z but it doesn’t have OIS but does use laser focus so it’s not too bad.

At a price point of around $400 I expected this phone experience to be slightly different. But Motorola definitely knows how to make a mid-range smartphone without skimming or compromising too much integrity of the product itself. It takes decent pictures, has a clean and huge enough display, works with all moto mods, and has a killer battery life with it. I did use this a ton at Made in America this past weekend and im fairly impressed with it.