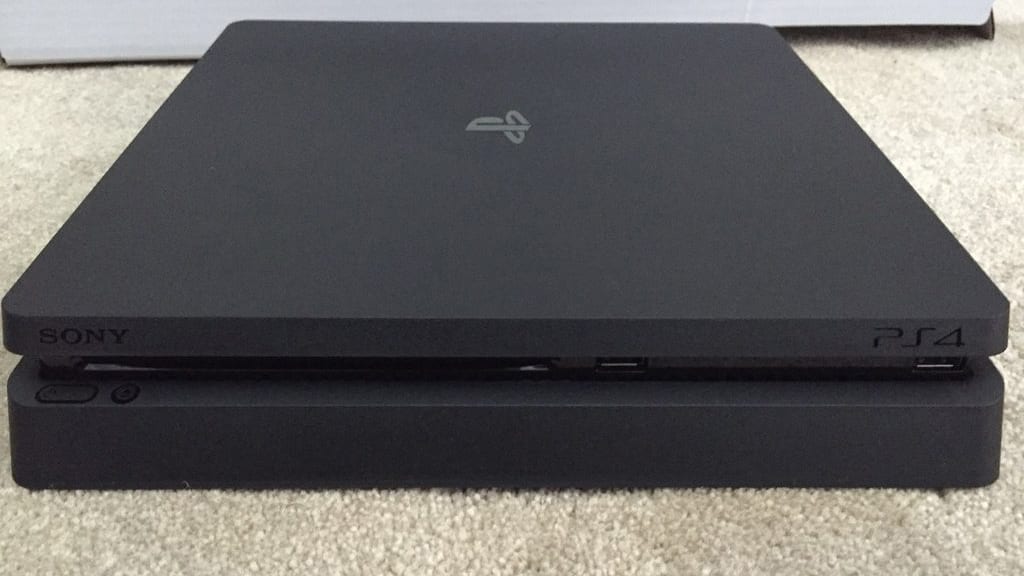 Images of what appears to be a new model PS4 showed up online and the internet has been abuzz ever since. Considering that Sony is having it’s big event here in NYC on Sept 7th the timing of these photos is pretty bad. We don’t know what this console is since Sony has neither confirmed or denied anything in regards to this photo so you’ll have to interpret this however you want. What we DO know at this point is that Sony intends to show off a new PS4 in NY. In all likelihood this could be the new PS4 and if so then you can see that there is a pretty significant design change. What you can’t determine in the photo but it’s safe to assume is that the physical footprint will be smaller. This has been the case in every mid-level Playstation system in the past and I doubt it would differ here. We can also see in the images the new placement of the power and eject buttons (Which were a nuisance on the current gen PS4) become much easier to deal with in terms of powering on your PS4 and ejecting discs.

It still remains to be seen what Sony has up it’s sleeve and we’ll still have to wait and see but of this image is any indication of what’s next then it isn’t so bad. We’re not quite sure this is the “Neo” but I’m willing to bet that this is the Slim version of the PS4. We’ll keep you posted as more details emerge.

It’s also rumored that Sony will unveil not one but two consoles on Sept 7th with the second one (Possibly named “Neo”) supporting 4K content and being a more powerful machine overall.