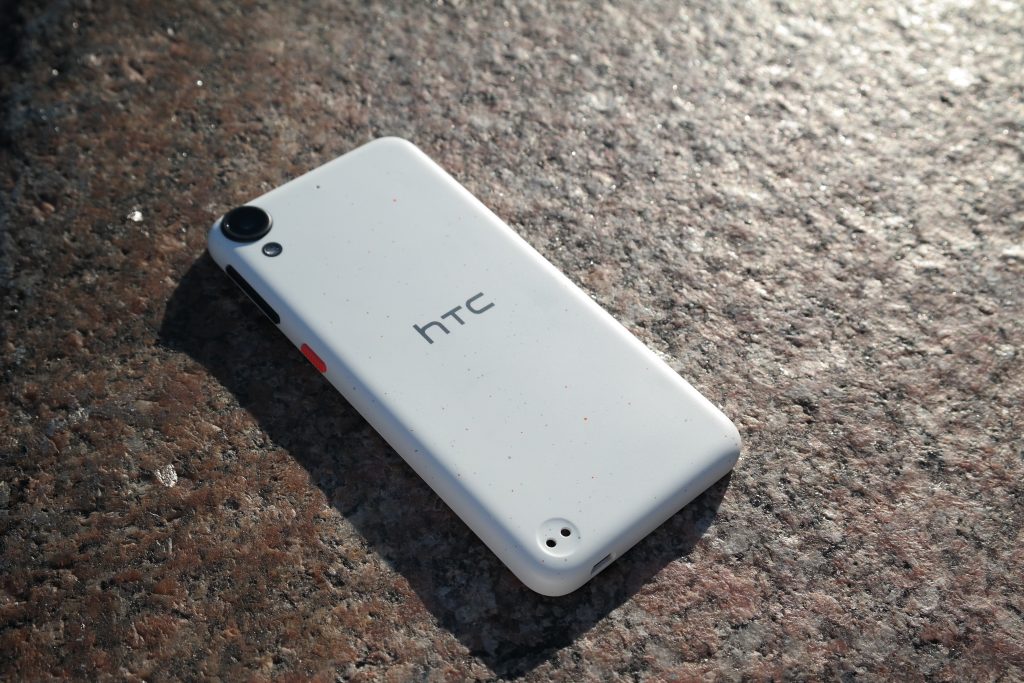 I have always been a fan of the design decision usually brings to the table whether it’s the Desire Eye to the latest flagship the HTC 10, they tend to try something new when others are pretty much afraid. Sometimes you want a different style from others around you and HTC usually assist with that.

What most attracted me to the HTC Desire 530 was its micro splattered paint design. No two phones will look at the same and that’s a plus right there. Also the HTC Desire 530 is set to come in five different colorways with two being solid colors of black or white. If you are getting this device I don’t see why you go for the plain look but that’s just me. As far the 530 it actually feels good in the hand. It has a smooth plastic back with a volume rocker on the right and under that is a colored power button with ridges. On the left is a pull out compartment for sim and microSD card placement. Not too big a fan as it feels kind of cheap. Otherwise the phone itself feels pretty good. Budget phones tend to be thick and ugly but this one holds its own. 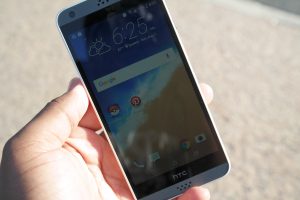 This is where you really start to know what kind of phone you are dealing with. Its using a Qualcomm Snapdragon 210 processor which is good for LTE purposes but otherwise makes for a slow loading device. It also has a Adreno 304 GPU, 1.5GB RAM and 16GB storage which can be stretched out thanks to microSD card support. The Desire 530 also has a 720p 5″ Super LCD display. I did realize while it supports WiFi it doesn’t seem to grasp 5Ghz settings which isn’t a killer but I feel is always good to have.

For a budget device I’m glad to see its supporting Android 6.0 aka Marshmallow in its software. Like other HTC devices it has HTC Sense which doesn’t feel cumbersome and the experience on the Desire 530 with it wasn’t all that bad. You still have access to their Sense Theme Store and Blinkfeed which are regulars in the HTC Sense OS. I didn’t think Sense was bad but it could be a bit lighter on here. Tapping the Recent button always brings a slight delay. 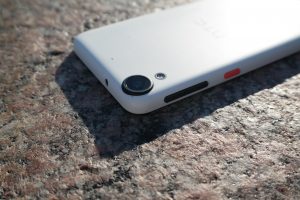 If you decide to snap some photos with the HTC Desire 530, you will get 8MP on the back while 5MP on front. The Desire 530 takes decent shots if given a nice amount of lighting and you aren’t making any sudden movements and takes a bit at times. Anything else will be a problem and won’t come out too good. Also if you decide to shoot some video the most you will get out of it is 720p w/ 30fps.

I’m usually pleased with HTC devices for the most part but the Desire 530 is a disappointing affair. Its display is pretty weak outdoors, its processing power is abysmal and it just seems to take long to upload anything. Its true saving grace is its colorful splash coating and its price point as you can get one from T-Mobile for about $160 retail.