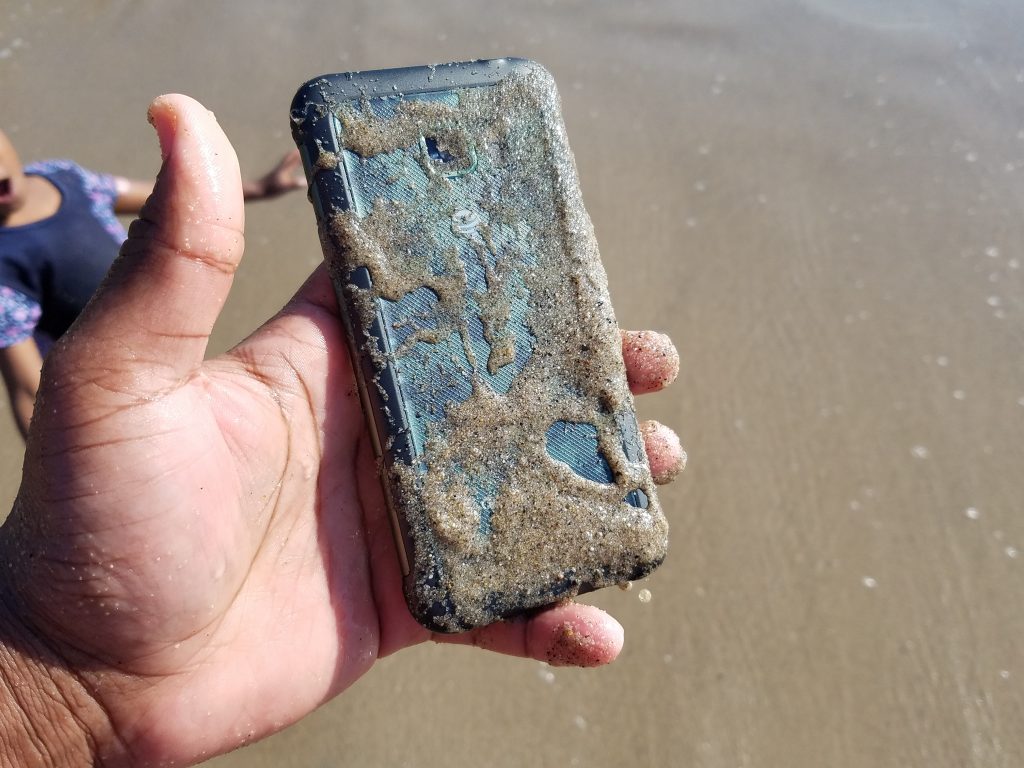 Another year, another Active smartphone from Samsung and exclusively on ATT’s network. If you aren’t a ATT customer or plan to switch then there is zero chance of seeing this device anywhere and might depress you to keep on reading, otherwise lets continue. Its expected at this point to see a S Active smartphone from AT&T/Samsung and their timing couldn’t be more perfect as its right around the summer time. The Samsung Galaxy S7 Active boasts a bevy of features only it can seem to carry and makes it one of the more coveted exclusive smartphones around yearly. Let’s see what makes it a winner this time around.

First thing when people see the Galaxy S7 Active, I get asked if it’s in a case but nevertheless it is encased in a military grade body that has enlarged bumpers on each corner to assist with drops and so forth. The back has a more rubberized feel to assist with gripping on the device. Unless its S7 siblings it has physical buttons instead of capacitive style ones which help with if you have muddy hands or take a dip underwater. Believe me they definitely do help. Besides that you have a power button on the right and volume toggle on the left. 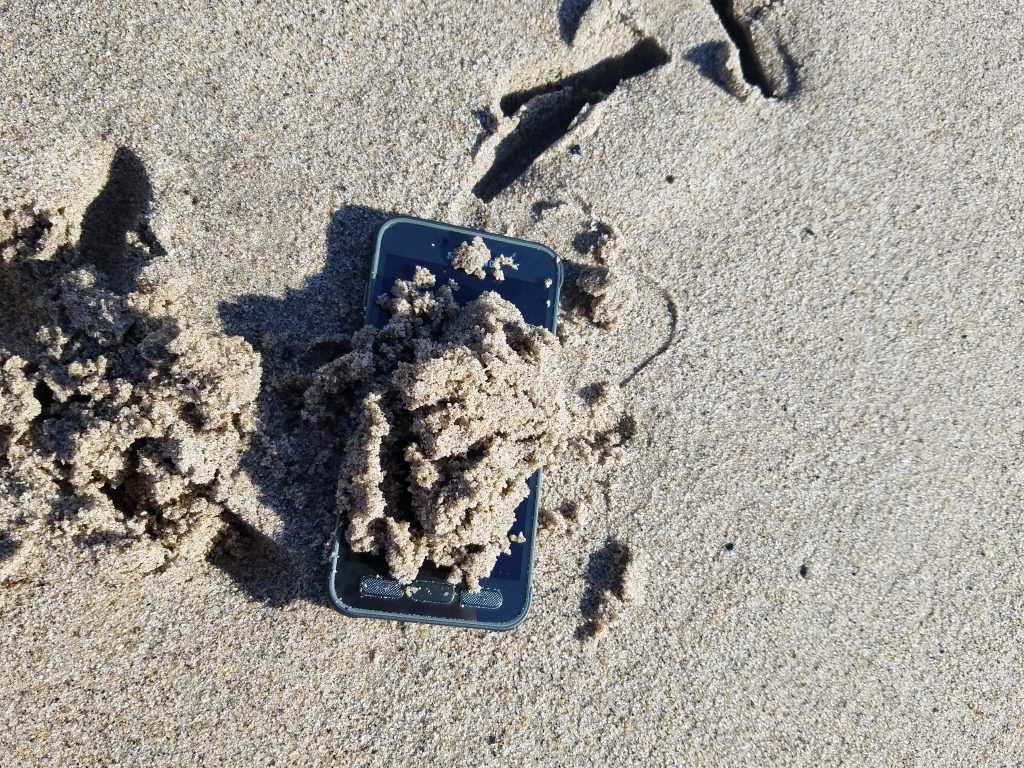 Also Samsung made sure to bring back that customizable Active Key button. Takes seconds to program it to open different apps whether you long press, double tap or hold. Realistically though the S7 Active design wise doesn’t veer off last year’s model except possibly being a bit more sleek. Putting them side to side you couldn’t really tell the difference too much.

Thankfully Samsung came to their senses and brought back removable storage and you are able to pop out the sim card tray and gain access to that plus throwing in a microSD card that can support capacities up to 200GB.

Like the S7, displays are pretty much the same as last year with the S7 Active rocking a 5.1″ QHD SUPER AMOLED display with 576ppi. As with most Samsung displays, colors are vibrant and can also be adjusted to a more warming setting if you want. Also with these vibrant colors it can be also seen under say some water as well. It’s also coated with Corning Gorilla Glass 4 to combat some of the scratches or cuts that come along the way. Believe me I gave this phone a run for its money and will explain more in the Experience section. 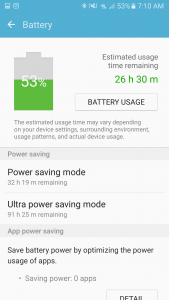 Even though Samsung went full Exynos last year they decide to get back with Qualcomm. Here we have a Snapdragon 820 chip with a Adreno 530 GPU. It also houses 4GB RAM and 32GB storage that can be expanded even further thanks to the re-added microSD slot. Mix all these stats together and the S7 Active is one of the best ran rugged phones out on the market or better yet ever. To make sure its running practically day and then some Samsung has thrown in a whopping 4,000mAh battery. I can’t recall seeing any smartphone with a capacity like that anywhere. Samsung takes into the fact if you are living an “Active” lifestyle you most likely aren’t going to be near any power outlet in the near future. If you do need to park the S7 Active to get some juice, Quick Charging and Wireless Charging are still available to help you get back to the action.

Android M aka 6.0 runs right out the box and helps the love it or hate it TouchWiz OS running steady on the S7 Active. Where the S6 Active was missing a fingerprint scanner, Samsung did right and slapped one on the Active this time. Speaking of Active, the good old “Active Key” still has a spot on the phone and won’t you set it up you will want it on any phone going forward. The ability to bring up a certain app whether you double tap, long press or short press is essential to accessing stuff in a timely manner.

The S7 Active was pretty much my go-to camera when I was in Los Angeles and was great to take colorful and vivid pictures without any worries. The 12MP shooter had no problems doing that and the 5MP was cool for selfies when necessary.

Video quality is of course great with the 4K capabilities on the back or 2K on the front. Double Tapping the home screen is still the best and fastest way to launch a smartphone camera on ANY smartphone out there. I actually used it to record me messing around with another rugged device known as the UE Roll 2 as well.

From when I first got hands on the S7 Active I knew I have a great time with it. As using a S7 Edge Plus as my main most of the time transitioning to the S7 Active wasn’t so hard. Battery life was one of my favorite things about it as I could keep going and going with it. I dropped this phone in numerous places(sometimes on purpose) and to see it kicking was great. I did read some reports of outlets saying they had water damage but after a month and change of tossing it in the wet sands in the beach and letting tides splash all over it, the S7 Active is still intact with its IP68 rating.

Now mind you my water test are more like seconds at a time compared to leaving it soaking somewhere for 30mins but I figure most people will use it for splashes and having it underwater for extended periods of time. Only thing I can say bad about taking it to the beach is some sand is still stuck between the bezel and the glass. I scratched the screen up a bit too but it’s still a warrior of a device.

ATT Service
While I did most of the service testing in NYC which was fine, I did also use it a ton in L.A. ranging from calls to streaming and it held up pretty good. Data speeds were strong and I don’t recall being in any weak service areas out there. Of course you can check your wireless area to see if AT&T is good for you.

As I say every year the S Active smartphones from Samsung are some of my favorites and the S7 Active I actually like more than the S7. The build quality is great with its rugged case design, it takes awesome pictures and operates smooth. It has all of the strengths of the S7 with just about none of its weakness and adding a 4,000k battery makes it even sweeter. Only downside really is its exclusivity with AT&T. You have to be either a customer or thinking about switching over as well as paying that $800 hefty price tag.