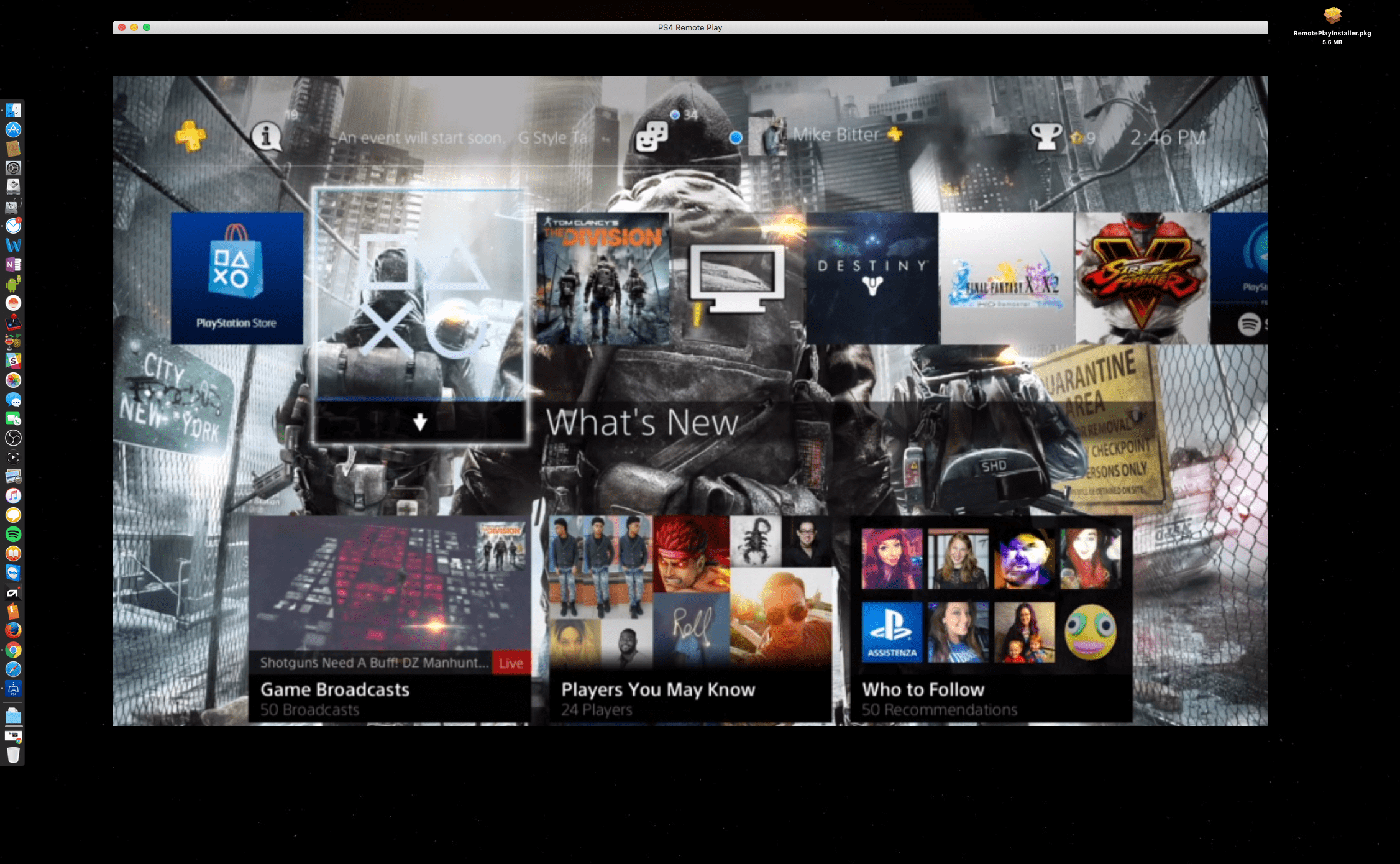 Earlier this week PS4 owners got the best gift ever in the 3.50 update. Aside from the general fixes, some feature additions, bugs and patches. The best part of the overall PS4 update is what everyone was waiting for, the ability to use remote play. FINALLY!. Now Microsoft is not the only one with skin in the game when it comes to accessing your console to play your favorite games even when you’re not at home.

Sony made this available for Mac and PC and the setup for both consoles is super easy and you too can get your game on right away. It’s the best s–t ever! In case you’ve been living under a rock and you weren’t aware of this update or you just don’t know how to set up remote play after the update has installed, well worry no more. We got you covered in this quick setup guide.

First things first. Make sure your PC or Mac is able to run the necessary software it takes to use remote play. If you’re using a Mac then your Mac should be running OS X 10.10 or 10.11 (Yosemite or El Capitan) with an Intel core i5-520M processor 2.40 Ghz or faster, 40MB of available storage, 2GB of RAM and a USB port for your DualShock 4 controller. If you’re going to be on a PC then you’ll need to be running Windows 8.1 or Windows 10 (32 or 64bit), Intel Core i5-560M processor 2.60 GHz or faster, 100MB of storage, 2GB of RAM, 1024 x 768 or higher display res, sound card and an available USB port. Once you have that sorted out then the install is super easy. I’m just going to give you the screenshots of the Mac installation but the Windows version of the setup is almost identical and just as easy. (Sidenote: If you’re using a version of Windows 10 that is N or KN then you may have to download the “Media Feature Pack” which you can get HERE)

Now for the install itself. Like I said it’s really simple: 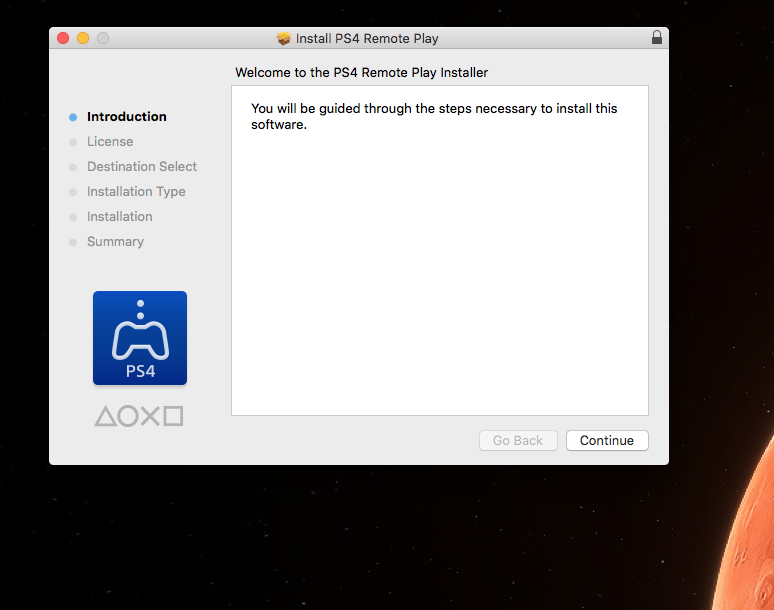 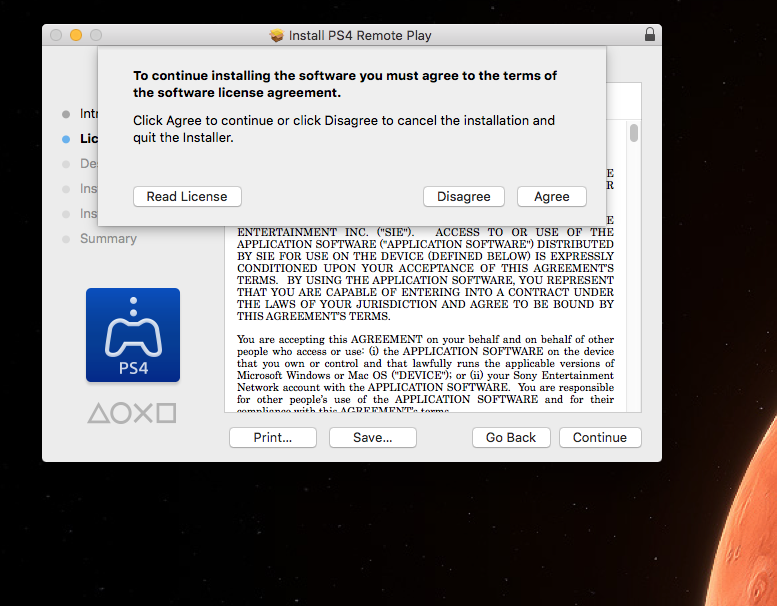 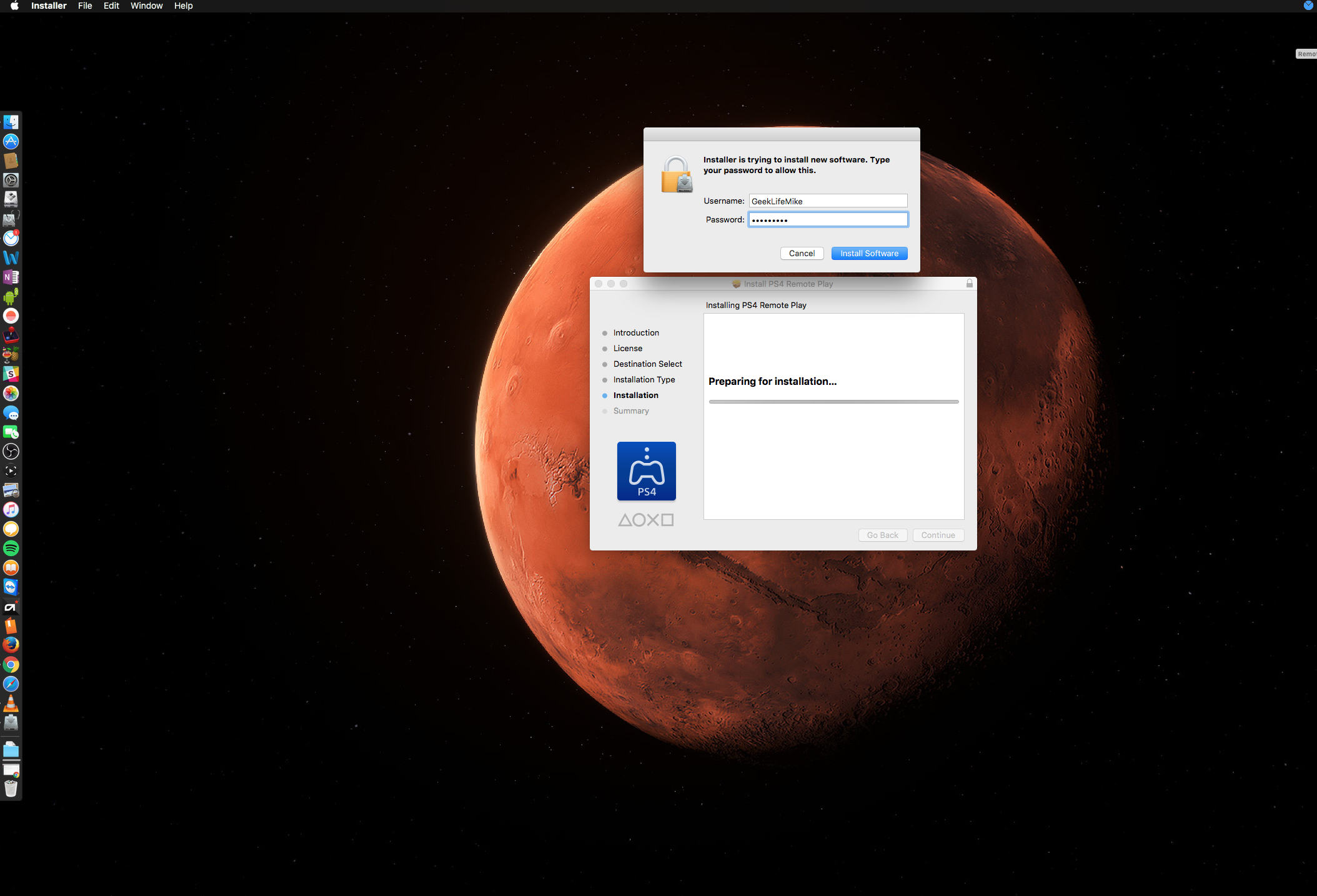 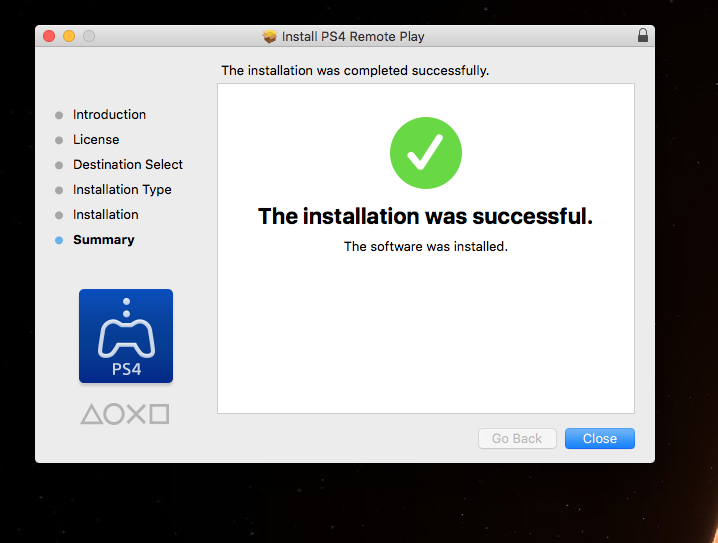 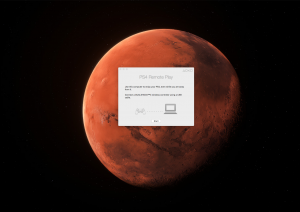 Now that the install is complete you are ready for remote play with your PS4. Just a few side notes, this works when your PS4 is in rest mode, if it’s off then your PS4 will not power on for remote play. It’s also recommended that you have at least 12MB of internet speed available wherever you are. Lastly, try your best not to do this at work although you probably couldn’t anyway but seriously don’t even attempt it. 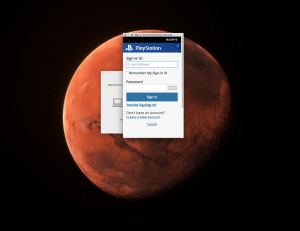 When you’re ready to get your game on. Then you should see a startup box appear on your screen to let you know that the application is starting up and after doing the initial check you’ll be asked to sign in to your PlayStation network account to verify. There will be a final check and then SCORE!. You’re ready to play some games anywhere. Remote Play for the PS4 is a long time coming. Xbox One owners are used to remote play but now they have a reason to get a PS4 especially if they were holding out on buying a PS4 because of the lack of remote play on their end. Well, that’s over. PS4 owners now have something else to look forward to aside from having the best-selling console available right now. Happy Gaming!