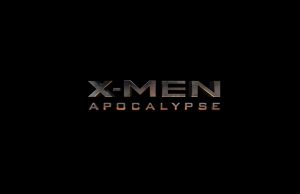 With ‘Batman v Superman‘ arriving next week, summer movies kick off seems to be arriving earlier and earlier for comic movie fans. Last week we saw the new trailer for ‘Captain America : Civil War‘. Today we get the second trailer for one of the other highly anticipated film, ‘X-Men: Apocalypse’.

The first trailer promised a war coming. This new trailer shows the X-Men willing to fight back. I would be lying if I said I wasn’t nervous about the outcome of this film. ‘X-Men Days of Future Past’ was a great addition to the series. After the smashing success of ‘Deadpool” Fans are hoping this third chapter to the First Class series doesn’t repeat the failure of ‘X-Men: The Last Stand’.
In this trailer we get to see a lot more of the X-Men in action. If I were to take a guess based strictly on the trailer, it’s going to be an interesting ride.

Check out the NEW Trailer here