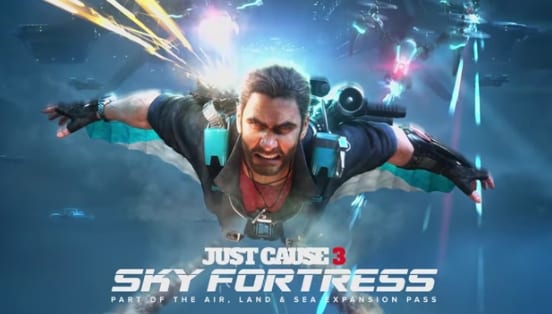 The first JUST CAUSE 3 content pack entitled SKY FORTRESS is launching March 2016 for PlayStation 4, Xbox One and high end PC. Current AIR, LAND & SEA Expansion Pass holders  will be able to play the new expansion a week before the standalone version goes on sale. If you’re looking for value though, you might want to consider picking up the season pass for $24.99 if you haven’t already because each standalone DLC (3) will be priced at $11.99. All three content packs will be available before the end of summer 2016.