One of the things I expected to see at CES this year was drones and VR. While the Occulus Rift has been out for a bit as well as Samsung’s Gear VR I don’t think anyone is taking it as serious as HTC. What was considered a concept at last year’s CES has turned into a full fleshed out design and experience. The design team at HTC keeps making strives and adjustments with the HTC Vive to give you that best take on diving into virtual reality. 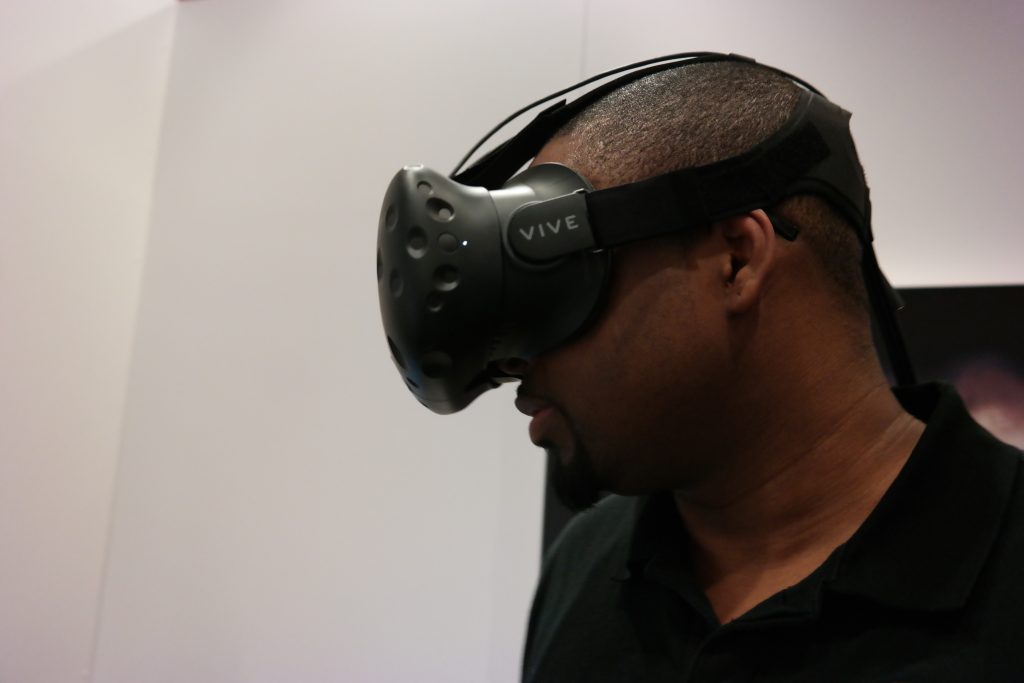 HTC has restructured the Vive a bit throwing on a front camera. The camera can help you see things in front of you help from avoiding collisions. Like for instance while rocking the Vive I was able to see my colleagues in front of me and also a virtual wall would appear as well. Great move to stop accidents from happening. I did still tap at a wall though but that was because of me trying to sway away some fish. I like the fact the head strap is pretty adjustable and I was able to fit it over my glasses which meant I didn’t have to try to put on some contacts to use it. 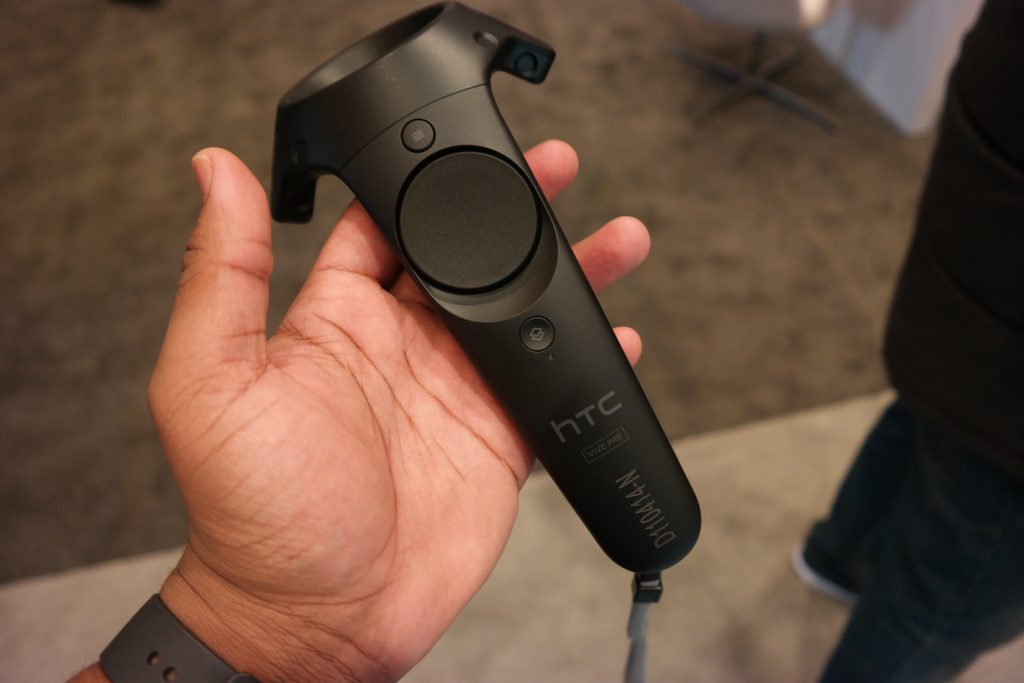 Last year HTC had dual controllers but they looked more like paddles. With the Vive Pre they have made them lighter to hold. They have a touch sensor button on the front and a trigger on the back. Using them in one of the simulation to pick up cups to pour coffee or tossing my office supplies at my co-workers in nearby cubicles. It was actually pretty fun how interactive everything was. 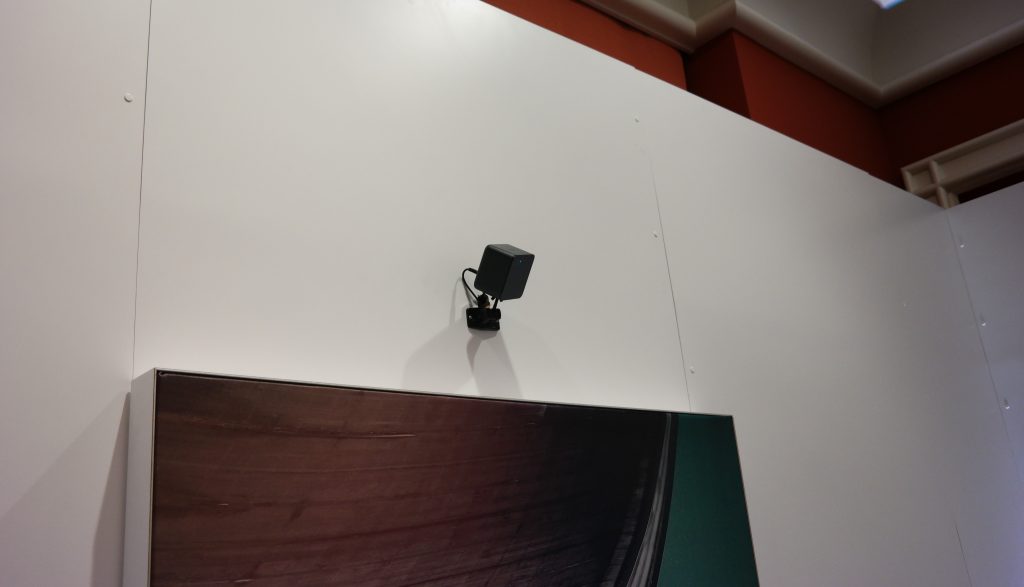 Synced up with the VR Controllers they help track your movements and assist with the overall virtual space you are inside. HTC had them mounted on opposite sides of the room to capture the total space that you were in. They did map everything out around me so I was able to see colleagues, people walking by and even grab a seat and sit down.

I have to say I like the direction HTC is going with virtual reality and being that I have tested a few out thus far Id have to put it up there as one of the more entertaining and interactive VR headsets coming to the market. I cant wait to see what other plans HTC has for the Vive and how the finished product will actually turn out.

HTC Vive is set for a 2016 release. Get more info HERE