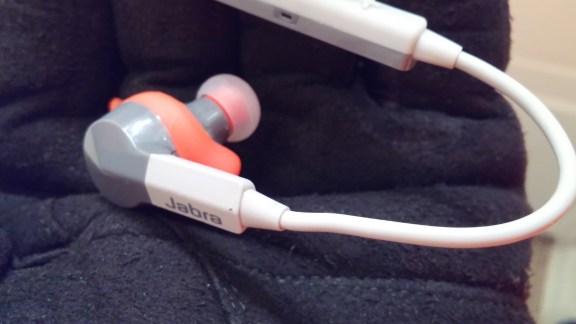 Oh to be Jabra. I mean it must be great to be battling yourself. Think about it. Jabra has come up big time in the wireless earbud workout game. Prime example is the lord of lords Jabra Pulse, read my previous review here. So when Jabra dropped the Jabra Sport Coach they only really have to measure up against themselves. Come with me if you will and take a gander.

The Jabra Coach doesn’t look much different than the Jabra Pulse so it still maintains its comfort and attractiveness. Of course, this is totally fine with me. The Jabra app works via Bluetooth with these perspiration proof earphones flawlessly. The Dolby sound is in full effect and is the norm with any Jabra athletic set of earphones. They come in blue, red and yellow eargels to accent any workout gear. The Jabra Sport Coach wireless earbuds are compatible with Apple and Android devices and can stream music via their app, iTunes and Google Music to get that workout or run amplified. 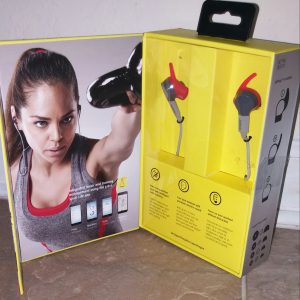 Since the original release of the Jabra Pulse with the Jabra New Sport Life app, Jabra has made the step the right direction from what I had predicted in my previous Jabra Pulse review. Expanding passed just being a running cardio calorie tracking app, it has added cross training to its repertoire to get it closer to that weightlifting app you’ve been dreaming of. I guess I would have to thank the popularity of cross-fit itself for the enhancement of the Sport Life app. Unlike the previous version of the app, there are weight-lifting exercises such as weighted squats, kettle bell swings, deadlifts, etc. Just isn’t anything to track your bench press, bicep curls and being a coach you would think it would inform you if you were doing correct form. But hey, I know I’m asking a lot right now but I believe things like this will be mandatory in upcoming workout apps. 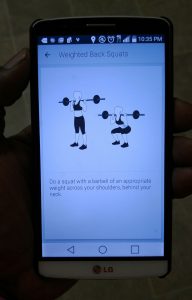 Jabra Sport Coach along with your phone’s GPS will keep track of your distance run or for your time depending on how you customize your settings. The app does give you a 5-second countdown to the next exercise as the voice announces with calmness into your ears along with an exercise photo on the screen of your phone to give you somewhat of a prep to preform your next set of exercises. Receiving direct feedback from the enhanced movement tracking system would put these wireless earbuds head and shoulders above the rest. I will say that I did miss the heart-rate monitor capabilities of the Jabra Pulse combining these two features would really make it king.

All in all these are still great pair of workout ear buds and are less expensive than its predecessor the Pulse. If you are a runner, these so perfect for you with a side order of cross-training. The app is still great but there is a lot of room for improvement and I have faith that Jabra will do just that because they’re already ahead of the game. Fun is the name of the game with Jabra and fitness. The road to supreme fitness and wearable is definitely paved by Jabra so for $149.99 you can come off the sidelines with Jabra Coach. If you want that extra kick for wearable fitness with heart monitor capabilities than cop the Jabra Pulse for $199. Time to get off the bench and put me in Jabra Coach!