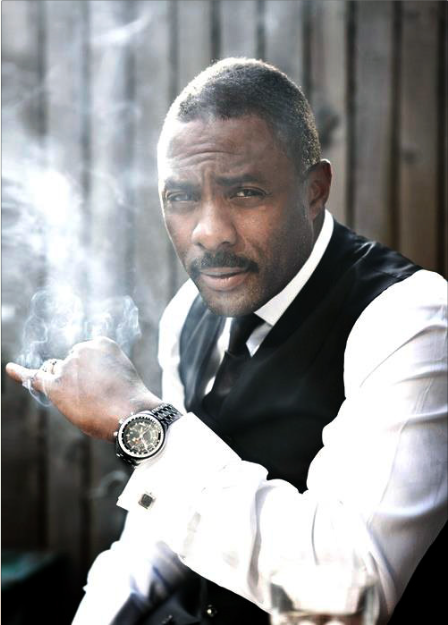 There has been a lot of talk recently about who would play the next James Bond. After Daniel Craig had successfully played the role, the question became who would be next. Idris Elba has been a named thrown in this mix but not without much chatter.

Idris himself address the rumor once when he said that this rumor of him playing the next Bond was started by current Bond Daniel Craig. He mentioned that 4 years ago Daniel said Idris would be a great Bond and then it started to creep. Now while many people agree that Idris would make a good James Bond, one person seems to feel otherwise. Author Anthony Horowitz whose upcoming Bond novel ‘Trigger Mortis’ hit bookshelves on September 8th said that Idris Elba was “too street” to play the next James Bond.

Apparently Anthony Horowitz didn’t think Idris Elba was suave enough for the role. Well let’s just say there are tons of women out there who would not so kindly disagree with him. But that still leaves the question, who will be the next James Bond? Right now it is anyone’s guest. Who would you like to see as the next 007?