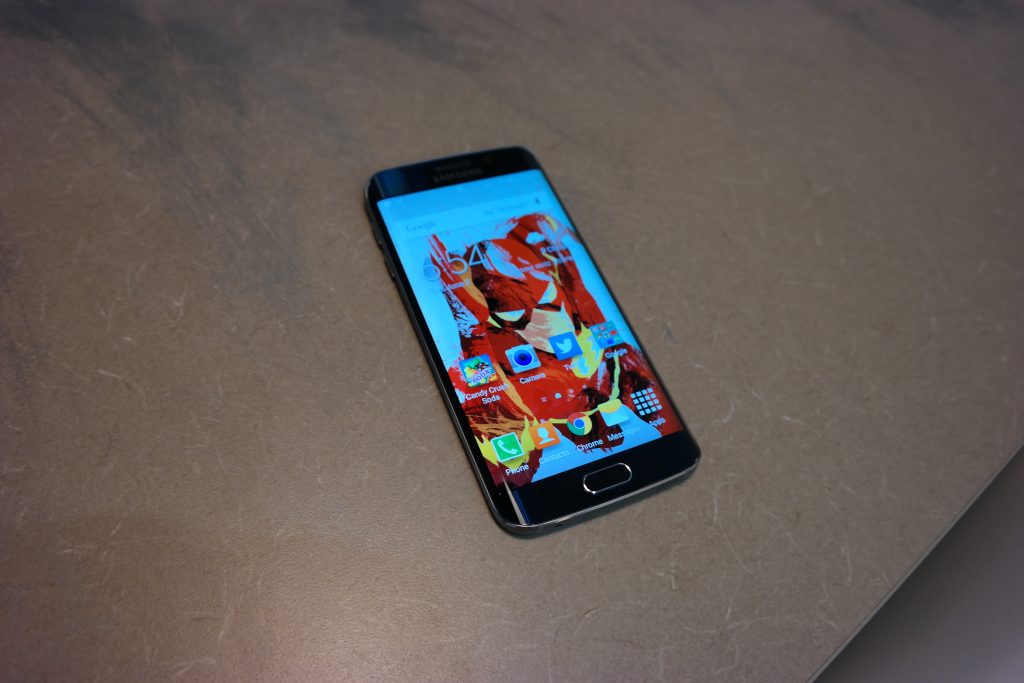 The Samsung Galaxy S6 is one of the best phones the company has manufactured to date. They changed everything we grew accustomed to in their Galaxy phones and gave it such a premium feel. Now if you like the Galaxy S6, you will definitely love the Galaxy S6 Edge. The S6 Edge takes everything you love from the S6 model but curves the screens on both sides. This makes it one of the most beautiful and lightest designed smartphones on the market in any category. But this touch of elegance does come at a hefty price. 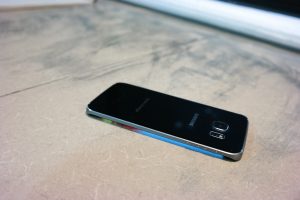 While I was intrigued by the design in the Samsung Galaxy S6, I was more surprised on the direction they went with the Galaxy S6 Edge. The S6 Edge has an even slimmer body then the S6 shaving off a couple of grams. Both sides are covered in Corning Gorilla Glass 4 with a thin metal trim going around the body of the S6 Edge. Some say the thinner sides makes it harder to hold but I don’t think so. You still have the volume controls on the left side while on the right side is the power button. Based on the thinned out sides they moved the simcard slot from the side as it was on the S6 to the top. Headphone jack, microUSB port and speaker rest on the bottom of the device.
Looking at the Samsung Galaxy S6 Edge design and you can’t help but say it’s possibly the best crafted smartphone on the market period. Curved sides, glass on the front and back, with metal trimming going away makes it stand out from the crowd of smartphones you are accustomed to seeing. 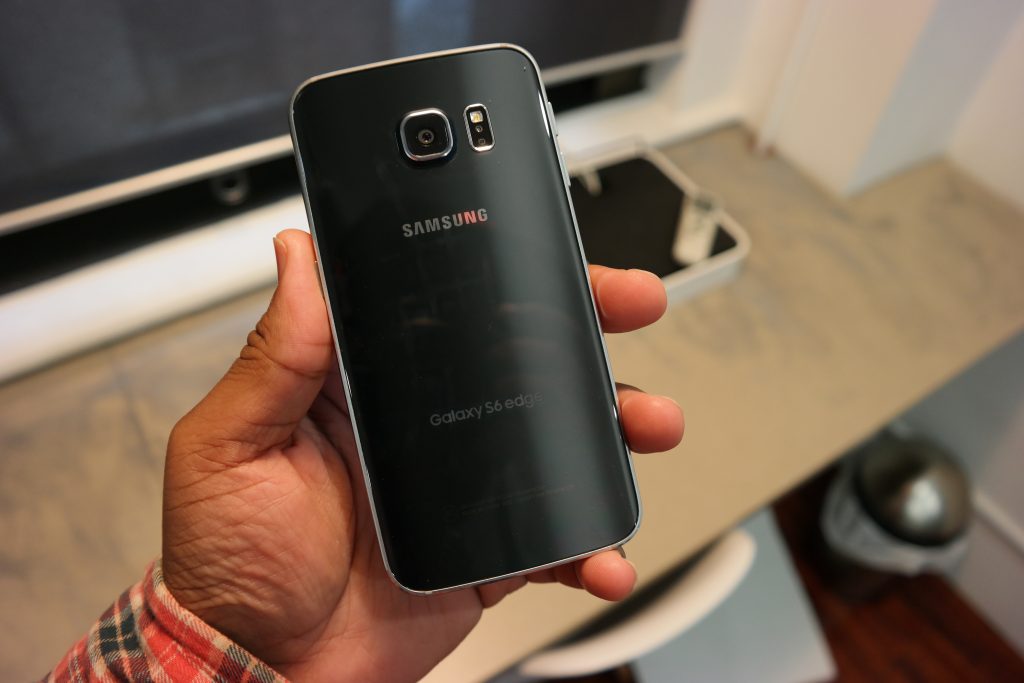 Besides the curved glass the Galaxy S6 Edge also gains a smidgen more of battery life then the S6 with a 2,600mAh battery compared to the 2,550 of the S6. This can be contributed to the fact you will end up doing with the screen of the S6 Edge then you would on the S6 which we will cover a bit later. As I covered in the review of the S6 there isn’t any removable battery or expansion for memory. Only way to do so is if you decide to buy a larger capacity smartphone or the cheaper option which is getting a SanDisk Ultra Dual USB drive which I use time to time. I’d realistically suggest the cheaper route. 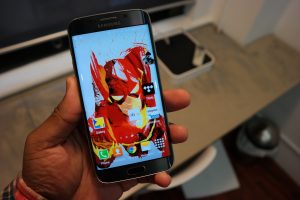 The curved screen of the Galaxy S6 Edge is a Super AMOLED display coming in at 5.1” and is pushing a whooping 577ppi. To go along with this the screen is a QHD display (1440 x 2560 pixels). This means you are getting more vivid images then you could possibly image as well as some crispy video detail if you take a look at a 2K or 4K video. Finding content is kind of scarce unless you have some lying around or hit up some YouTube channels. Battery can take a hit from all this power the display draws though so you might need to keep a charger or battery pack handy.
The “Edge” or should I say “Edges” of the display can be used for a decent amount of things. They range from Edge lighting which has the phone light up face down for calls/notifications, People Edge which is reminiscent of MyFav5 but you will get colored notifications and an information stream you can set up for say Twitter, Yahoo and so forth. If you need a clock at Night you can set that up as well.

Like the Galaxy S6, Samsung has gone in-house with its processor and the S6 Edge is running an Exynos 7 Octa 7420 processor chip. To alongside that you also get 3GB RAM and 32GB of storage (also avail in 64GB/128GB). In such a slim design you wouldn’t expect all this hardware under the hood. In conjunction with that you also have two ways of charging via Quick Charging 2.0 or Wireless Charging. Quick Charging will get your S6 Edge from 3% to 100% within a little over an hour and change. Wireless charging isn’t so fast but it helps plugging and unplugging your device when you need to get to it constantly. With the battery life just like the S6 it isn’t the best I seen compared to other devices such as the LG G4 and the HTC One M9. Luckily it has those hardware features to assist with battery charging but I like them to figure a way to save the battery life itself somehow. 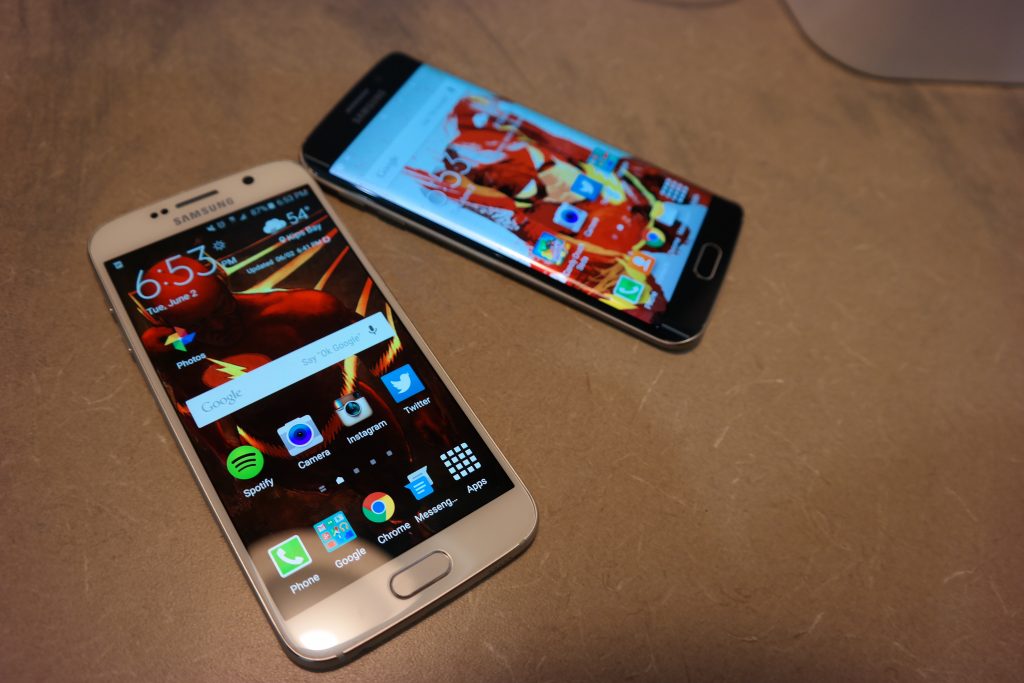 I used the Samsung Galaxy S6 Edge on the Sprint network and was able to get connection everywhere. Data speeds weren’t the fastest compared to others though but it worked terrific on WiFi which I ended up using a good deal anyway. 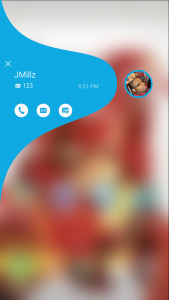 The Samsung Galaxy S6 Edge runs essentially the same software as the Samsung Galaxy S6. It has Android 5.0(Lollipop) and what I like to call one of the lightest versions of TouchWiz I seen since probably around the early days of the Galaxy line. Only difference between the S6 and S6 Edge software wise is the gesture used for the Edge displays. They do work but I seldom used them as much as you think. The Edge options when the screen is off doesn’t seem to work as well as I liked to them to. I do understand it’s a rather new piece of tech and hopefully Samsung perfects it in the future.

There is no difference in the camera from the S6 and the S6 Edge. The Galaxy S6 Edge has a 16MP shooter on the front that has OIS and also is capable of recording 4K video. If you flip over to the front you are presented with a 5MP camera that is capable of recording up to 2K video. If you want to know more about how I felt about the S6 camera and see some videos recorded you can flip over to the Galaxy S6 review as it’s the same features. Below are some pictures shot with the S6 Edge for your viewing pleasure.

I have actually tested out coverage on the Galaxy S6 Edge with Sprint and AT&T here in NYC and received reasonable speeds of data and call reception. It is also available for other carriers such as T-Mobile and Verizon if you are interested as well.

Even with the “Edges” not being used as much as I would have liked, the Samsung Galaxy S6 Edge is the best designed smartphone on the market. Its light, runs incredibly fast and its display is a marvel to look at. Sure there is the omissions of expandable storage and removable battery but I think you will get over it in time. The combo of wireless charging and quick charging is a nice addition even to assist the okay battery life. If the aesthetics of the Samsung Galaxy S6 Edge catch your eye then I say go for it. It is a hefty $100 more than the Samsung Galaxy S6 though and you don’t want to pay the extra cash you can always pick up that device which is just as great without the curves.