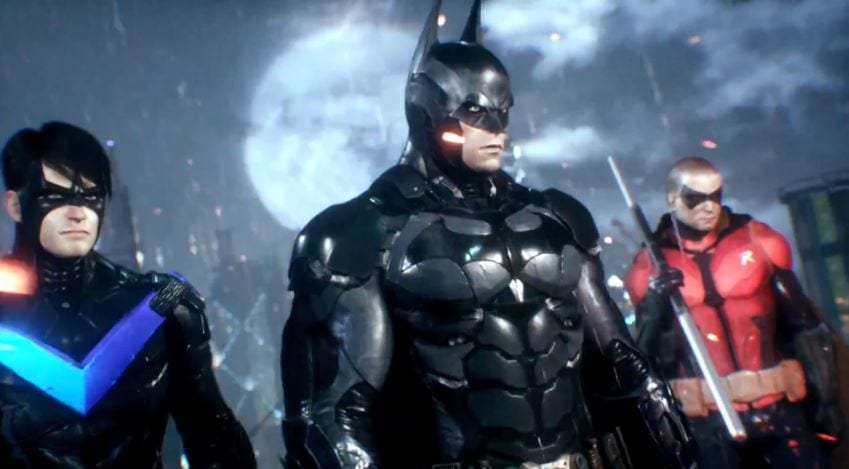 We are getting close to the release of the heavy anticipated Batman: Arkham Knight and we get a glimpse of what WB Games is calling “Dual Play”. Allowing you to switch from Batman to any of his fellow heroes such as Nightwing, Robin, and Catwoman at any time. With Arkham City going to hell Batman is going to definitely need all the help he can get.

Dual Play looks similar to the feature that was implied in Grand Theft Auto 5 a couple of years back where you could switch between any of the players on the fly. There are usually limitiations but lets see how far you can take it in “Arkham Knight”.

Batman™: Arkham Knight is based on DC Comics’ core Batman license and will be available on June 23, 2015 exclusively for the PlayStation®4 computer entertainment system, Xbox One, the all-in-one games and entertainment system from Microsoft, and PC.