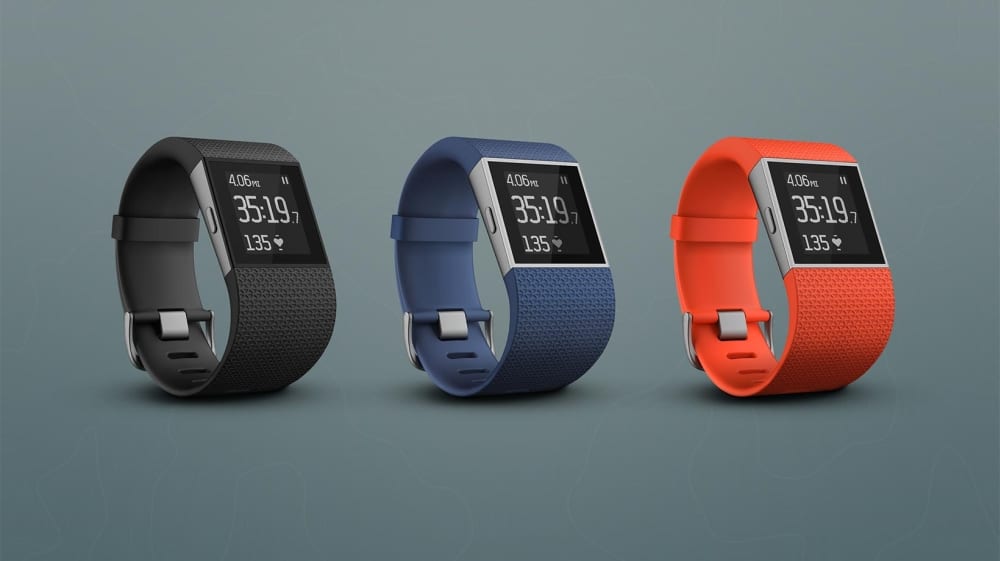 I’ve waited a long time to get a Fitbit. I had spent a good portion of last year trying to decide which activity tracker to get and when I thought I’d found the one I wanted, Fitbit went and announced the Fitbit Surge and Charge HR. I didn’t want a full blown smartwatch because I’ve used one before, and while it makes for a really nice conversation starter, I never really found much use for it other than a glorified timepiece. I wanted something that was more focused, something that would motivate me to actually get off my butt and be more fit and healthy and I think I’ve found that with the Fitbit Surge.

Let’s be honest here. The Fitbit Surge isn’t going to win any beauty contests. It is far from what I’d call elegant or beautiful, but it’s also not what I would call ugly by any standards. For the most part, it just looks like you’re wearing two regular Fitbits, side-by-side. It has that distinct Fitbit look, but again, not quite as elegant or sleek. 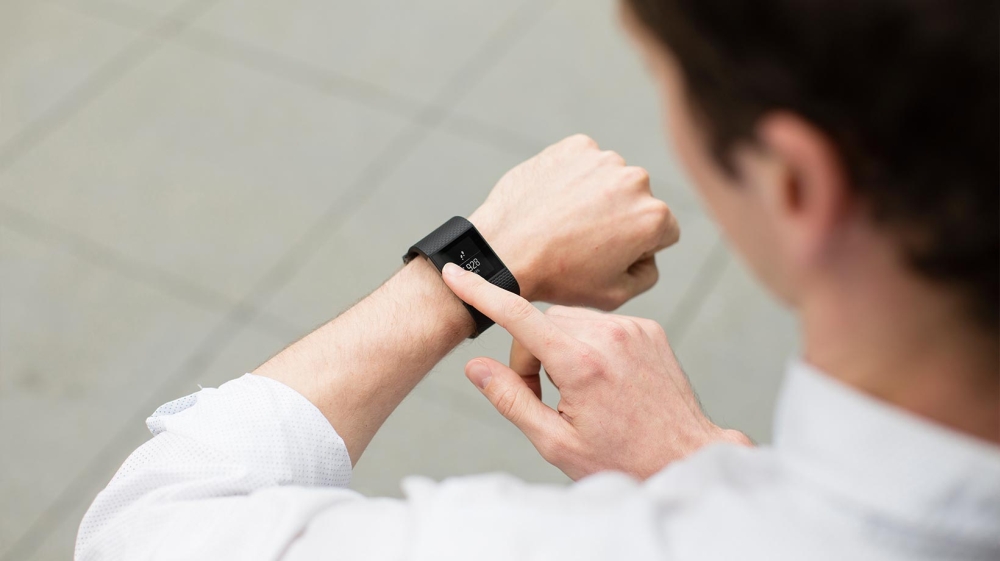 If you’re in the market for a new Fitbit, you’re probably looking at the new Charge HR and this Fitbit Surge. Design wise, they have much in common. Both feature a wristband that is made of a flexible, durable elastomer material similar to that used in many sports watches and a surgical-grade stainless steel buckle. The buckle keeps the whole unit a lot more secure on the wrist and won’t accidentally snap off. The wristband on the Surge is really wide though and is probably one of the widest wristbands I’ve ever used, even for a watch. I don’t have huge arms, so it looks huge on me when I’m wearing it, but after about a week, I’ve grown accustomed to its large size. It probably helps that the material for the band is quite comfortable and soft on the skin. 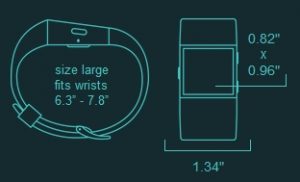 The main difference between the Fitbit Surge and the Charge HR is that the Surge features a touchscreen, monochrome LCD screen that displays more of the information you want at a glance without having to really rely on the Fitbit app. All the information is displayed quite large, making it easy to read and using the touchscreen to navigate the menus is a breeze. It’s also quite nice that the unit is backlit so that you can read the screen in the dark.

What isn’t nice is how thick the actual unit is on top. It’s a bit more than 1cm at it’s thickest part so when you’re wearing it, it does look quite chubby and thick. However, I’m guessing it’s unavoidable because of the heartrate sensor it has, the embedded GPS sensor, and what I’m assuming is a larger battery to power it all for a week. Again, after a while, you just get used to the bulkiness.

Despite the way the Fitbit Surge looks, it’s the software and features that will make you fall in love with it. There is a wealth of collected information for you to see – steps taken, your heartrate, how many total miles you’ve traveled in a day, how many calories you’ve burned, and how many floors you’ve climbed. This is all information you can view at a glance without ever having to pull your phone out and syncing your Fitbit to the Fitbit app. 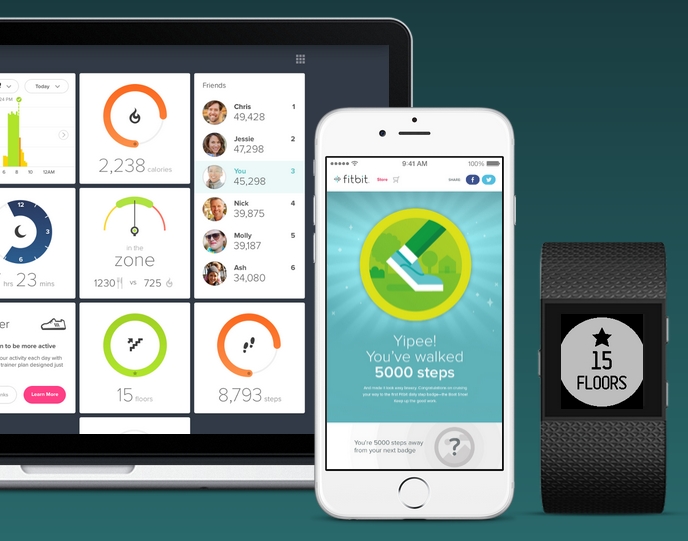 Not only that, with a push of a couple of buttons, you can easily track runs and other exercises directly from your Surge. Exercises can include workouts, hikes, walks, weights, and soon even bike rides. Shortcuts to these other exercises can be customized using the Fitbit app on your phone. What’s neat is that when you do start one of the exercises, not only can you see the duration of time and whatever it is tracking, you can also swipe at the bottom to view other captured data as well as the clock if need be. Again, the benefit of the larger screen is being able to see a wealth of info on a single screen.

The Fitbit Surge also works rather will as a watch with basic time and date display. The software will let you change the design of the clock face, but it is very limited to just four designs. The four designs aren’t bad, but it would be nice if there was a way to download more styles or at least customize what you want to see on the clock face. Seeing the time and date are nice and all, but I’d also maybe like to get a quick glance of my steps or my heart rate without having to swipe over to those screens.

Just to be clear, buying a Fitbit Surge or any activity tracker isn’t going to get you fit and healthy unless you really want to be. For me, I’ve made it my goal to be more active and though I know I could be more active regardless of if I was tracking myself or not, I wanted something that could put my activity into raw numbers and data and make what I was doing more tangible. I wanted to be able to compare days and push myself to be even more active than I was in previous days, like if I could push myself to take a few extra steps or walk that one extra mile. I wanted the Fitbit to do that for me. 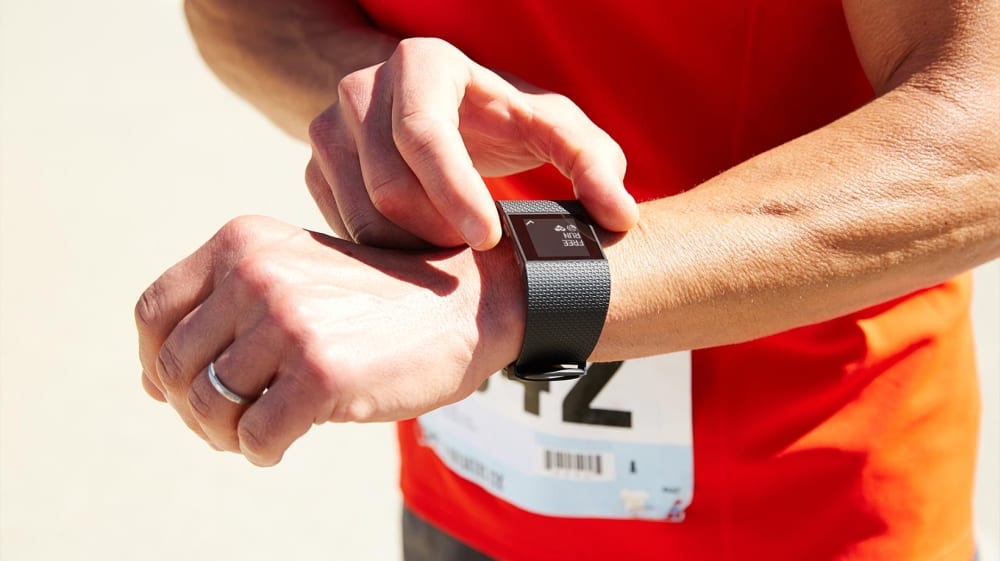 You know what? In a way, it really has. That first day I got it, I walked 3,498 steps. It wasn’t much, but I was able to see a rough average of what I guess I normally do on a typical weekend day. Guess what I did the next day? 8,337 steps. This was a non-typical day as I decided to make an effort and head to the park to do some laps around their track. Now, both of those numbers were posted on the weekend which isn’t typical of my daily routine. 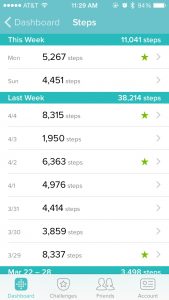 My typical day would consist of around 2000 steps (give or take), which is roughly not even a mile in distance. That’s basically me walking to drop my kid off at school and then sitting around most of the day in front of a computer with me occasionally getting up to run to the bathroom and to grab some food or a drink. I don’t want that to be what my day consists of. By being able to quantify my day via steps, I’m able push myself to do something that might increase those numbers.

Throughout the week, I was able to get around 4000+ steps in and even hit the 6000+ step mark in one of the days. My goal however is to at least hit 5000+ steps daily and to gradually increase that goal as time progresses.

How have I started throwing extra steps into my day? Every hour or two at work, I’ll get up from my computer and walk around the warehouse for a bit. It might not seem like much, but those steps actually start to add up each time you do it. I even do a few laps around the building after lunch. When I get home, since I have kids, I usually don’t have time to do much of anything. However, since last week, I’ve started to go for walks after dinner and I’ve discovered that my kids actually want to go walking with me. It’s become a thing now where we walk, talk about how are day has gone, and I get to bond with my family while getting in some exercise. It’s quite a nice side effect. 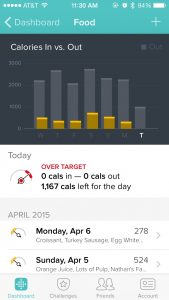 Of course steps isn’t the only thing I’ve been keeping an eye on now. I’m actually making an effort to watch what I eat as well. The Fitbit app has a section for “Calories Eaten” and I’ve actually been trying to enter all the food I eat into it. I can’t add everything as there are some things I eat that are just to weird to have in their database and I have absolutely no idea how many calories are in them. But mainly I’m using this as a rough estimate of how much I can eat based on how many calories the Fitbit Surge says I am supposedly burning.

Now I don’t want to say that the Fitbit Surge is my reason for wanting to continue on this slightly more active lifestyle, but I will say that it surely has helped with my goals. Yes, you can just as easily do this with any of the other Fitbit devices they have available, but for me, the Fitbit Surge has been quite accommodating with my needs. I like the fact that it does everything a regular Fitbit does, but with the added feature of a heartrate monitor and a large screen where I can quickly and easily view all the most important stats. 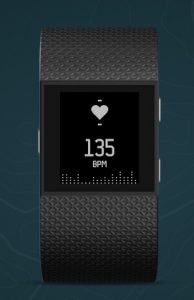 The Fitbit Surge isn’t going to be for everyone. In fact, I’ll bet that for the most part, Fitbit’s other heartrate monitor equipped activity tracker, the Fitbit Charge HR will be enough for you. The $100 premium you are paying for the Surge over the Charge HR is mainly for embedded GPS tracker, the touchscreen LCD and just the overall convenience of being able too see everything at a glance, and being able to view some basic notifications from text and calls.

Those extra features however might not be enough to get people to bu the Fitbit Surge over the Charge HR, but maybe if Fitbit begins to update the software over time and add a few more features to it, it just might be worth it. Some features I would love to see that would add value could be the addition of more and customizable clock faces and expanding notifications to include other apps like maybe Twitter or Facebook. I know it could be possible as Fitbit has already mentioned the addition of tracking bike rides soon and if they can do that, they can do more.

Overall all, the only real issue I think most will have with the Fitbit Surge will be the way it looks. Again, it’s far from pretty but it’s also not the ugliest thing out there. Looks are subjective though so not everyone is going to feel the same way about it. I personally don’t find it offensive at all. I’ve grown quite fond of it and have become accustomed to its looks. I think part of that again has to do with being able to just quickly see everything on the screen and not having to rely as much on viewing the app on the phone. It’s makes a huge difference in my opinion and makes the Fitbit Surge a better pick in my opinion than the Charge HR.

Stay tuned. This isn’t the end of my long term evaluation of the Fitbit Surge. This is just the beginning.