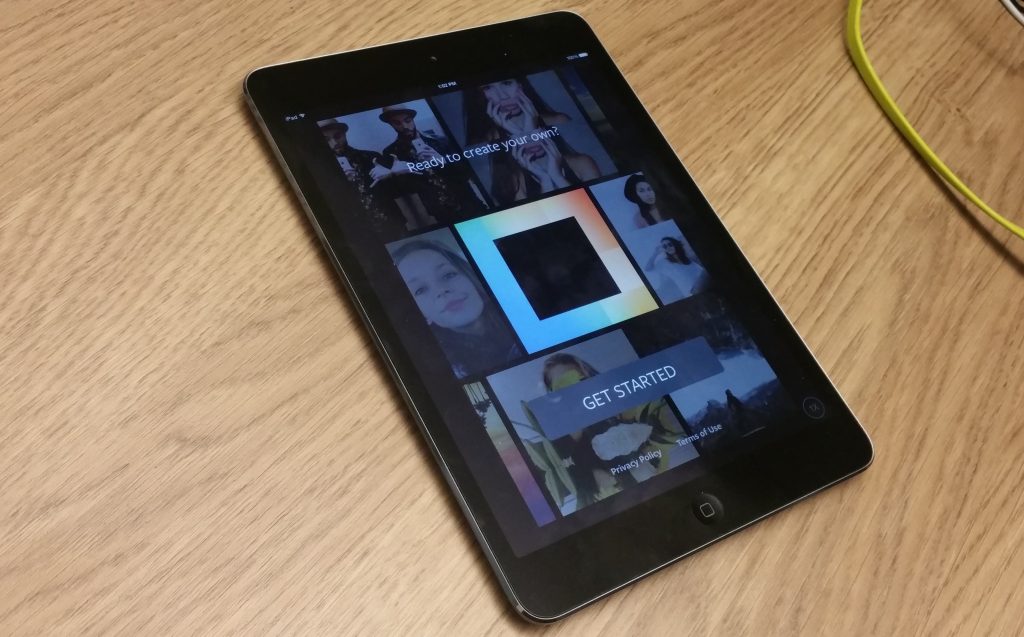 Not to be outdone by the emergence of third party photo apps, Instagram has decided to put the ball in their court and release what they are simply calling “Layout”. Not to be confused with another photo app with the same name, Layout is built by Instagram and wants to make photo collage building as simple and easy as possible. 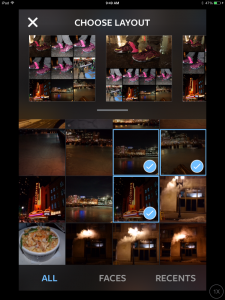 Getting started with Instagram’s Layout is pretty simple. All you have to do is boot up the app and you are greeted to Layout’s emblem up top and your various photos below. You have the option to either go through them as ALL, FACES, or RECENTS. The FACES tab is supposed to use facial recognition and while it recognized a couple it also thought a picture of fries was a face as well.

I was surprised that it wouldn’t depend on you logging into Instagram and actually never need to.

Getting your collage of photos together is easy as 1, 2, and 3. All you do is tap the photos on the bottom portion and select the layout you want on top. The most pictures you can use at one time is nine, but you can even use as little as one.

Even with one photo it will give you Layout options ranging from mirroring to various duplicate views. Initially it will let you upload to Instagram or Facebook but you can also select Flickr, Email, and the list goes on. 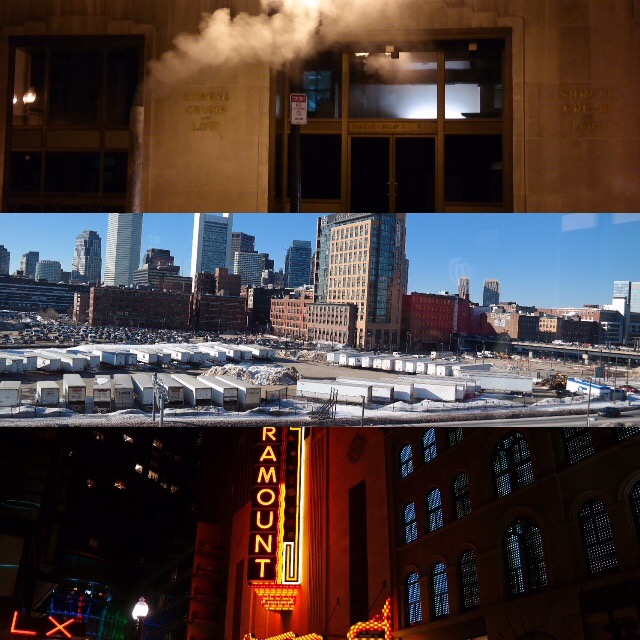 For a first go at a photo collage app, it’s not a bad job from Instagram. It’s pretty clear and straight to the point. There aren’t any ads anywhere which makes it speedy and also no filters for any type of enhancements. I personally never have been the type to really add any additional filter to my photos so I’m a fan.

I’d like to see it come out for Android (slated for the future) and with it being so simple I can’t see why it wouldn’t be sooner than later. Also depending how popular it gets I can see them adding filters, tiles, and other features eventually. Until 3rd party apps are safe…. for now…
Layout by Instagram is available in the Apple App Store for free and works on the iPhone and iPad running iOS 7.0 or later