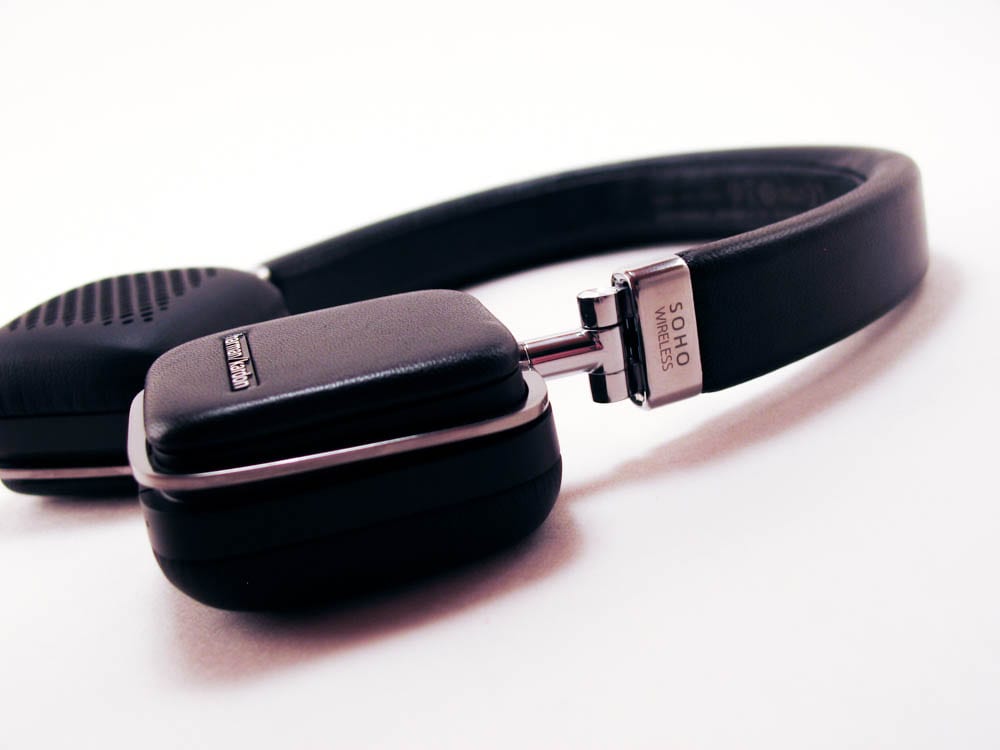 How do you choose the perfect headphones? For me, I have a specific set of criteria that they must match. I need them to be loud, clear, and above all, wireless. I can’t deal with wired headphones anymore as the wires just get in the way of everyday activities. With a wireless setup, I’m free to move around without having to worry about being tangled up or accidentally yanking the cable out. I’ve already used several wireless headphones and once you go wireless, you can never go back to  a wired setup. Of course once you find a few options, the next bit of criteria you’ll want to look at is style and comfort. A set of headphones could be the most technically advanced thing out there, but if it’s ugly and fits like an uncomfortable beast, no amount of tech is going to get me to use them.

That brings me to the new Harman Kardon Soho Wireless. On paper, this has pretty much everything you’d want in good set of headphones. It has both Bluetooth and NFC pairing for wireless, aptX and AAC coding for lossless data exchange, and a built in remote for audio control. In the real world, the Soho Wireless is the most refined, luxurious, high-end set of headphones I’ve every seen and used.

When it comes to looks, the Harman Kardon Soho Wireless is one of the most luxurious headphones I’ve ever seen and used. This isn’t some hip, flashy device that comes in loud colors. This is a sophisticated bit of gear for those who desire something more refined, upscale, and adult. That’s why the Soho Wireless only comes in three different color choices – black, brown, or white. 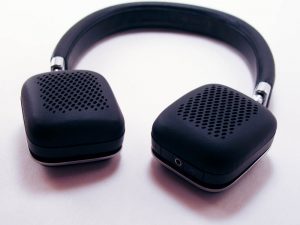 For the purpose of this review, we received the black version of the Soho Wireless, and they look absolutely fantastic in this color. The black leather and polished stainless steel look amazing together. This is a combo that is basically timeless and will never go out of style. This is also a combo that will go with any type and color clothing you wear.

One of the first things you’ll notice about the Harman Kardon Soho Wireless is just how incredibly small these are for on-ear headphones. On-ear headphones are generally much smaller than over-ear designs to begin with, but these just look so much smaller than anything else I’ve used before. For instance, the band on this is really skinny when compared to other headphones, but they are still very well padded and comfortable on your head. The ear cups are also very different from most in that they are small rectangles that rest on your ears. When worn, they seem to barely cover my ears. That doesn’t seem to affect how comfortable these thins are though. That’s probably due to the fact that the ear cups are heavily padded and wrapped in a very soft and plush as if pillows were resting on my ears.

What is incredibly neat about the Harman Kardon Soho Wireless though is how you control your music. It is entirely buttonless and instead features touch controls on the right ear cup. The touch panel seems to be built underneath the leather outer skin and works pretty flawlessly. The touch panel will allow you to control volume, track advancement, and the ability to pause/resume your tunes. Not only is this a great feature on the Soho Wireless, it also gives the headphones a clean, clutter free look that adds to its luxuriousness. 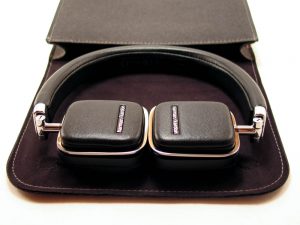 Back to the talking about how small the Soho Wireless are, when folded flat, these things are amazingly compact. It comes with a case that is small and thin and unlike other headphones, you can actually throw this into a purse of bag with very little problem. If you’re the type to wear headphones around your neck though, these are one of the most comfortable ones out there. That’s because unlike larger headphones, the ear cups don’t dig into your neck and the leather band makes it extremely soft on the back of your neck.

That brings me to what I love most about these headphones. It’s the pure dominance of real leather and metal. These are quality headphones that feature stitched leather and a stainless steel body with stainless steel sliders. Leather is featured on the entire head band as well as on the outer portion of the ear cups. There is real craftsmanship involved with the Harmon Kardon Soho Wireless and it really shows with how flawless these are.

The Harman Kardon Soho Wirless has many features you’d look for in a good set of high end headphones. For starters, it not only features Bluetooth wireless connectivity but also NFC which allows it to connect to a wider range of devices. On top of that, it has built in music controls via a hidden touch panel underneath its premium leather skin. 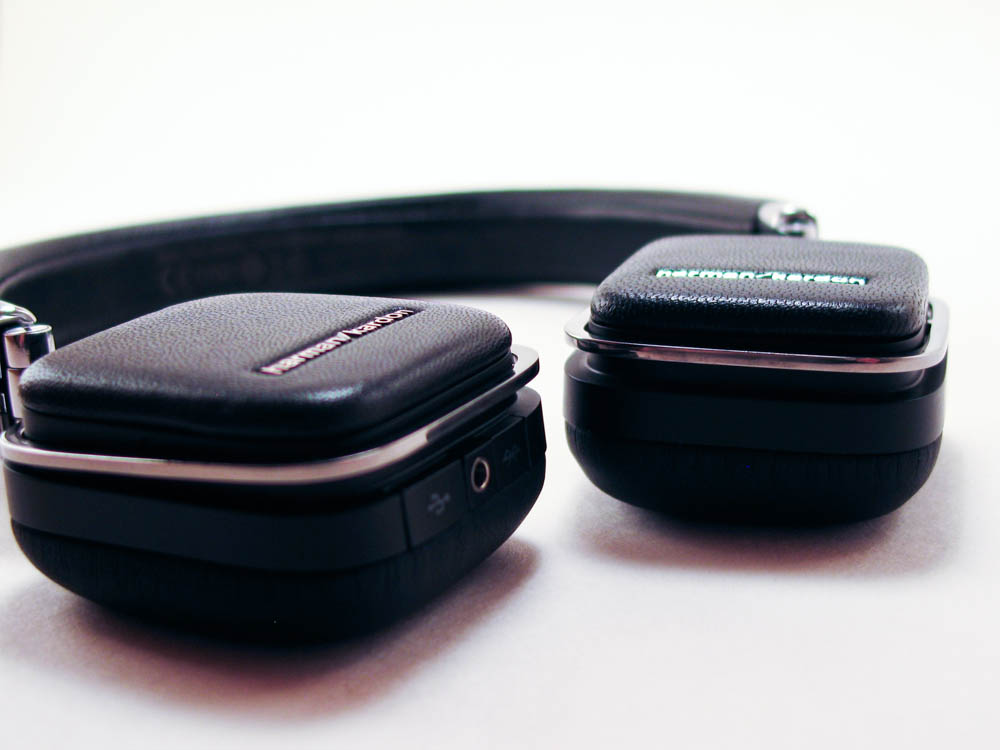 Of course for those who might not care about specs and what not and only about the way the Soho Wireless looks, you’ll be pleased with its generous use of premium leather and stainless steel body. There’s only a tiny portion of the Soho Wireless that is plastic (on the ear cups), but these blend in well with the leather. It makes the plastic portion barely noticeable.

Charging the Soho Wireless is done via a micro USB connection so it’s s standard cable that everyone should have already which means not having to carry around another extra cable. What do you do if you in the middle of using them and the power runs out? Simple. You can attach the included aux cable and run them directly to your source like you would a traditional wired headphone. That also means you can use these on sources that do not have Bluetooth or NFC and the benefit of that too is that it doesn’t use any battery power when used in this way.

With wireless devices, what you really want them to do right off the bat is pair quickly and the Soho Wireless does that. It has both Bluetooth and NFC so the choice is your on how you want them to connect with your devices. I chose Bluetooth and it connects right away with little effort. With NFC, you should only have to tap your two devices together though I wasn’t able to try this out. 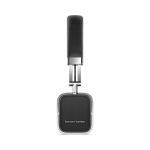 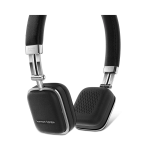 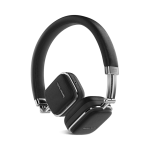 Using the Soho Wireless is a dream. There are no buttons to press for audio controls. Instead, the touch panel on it makes controlling your music so effortless. A simple tap can pause or resume play while swiping left and right will control music selection. A simple swipe up and down will also control your volume. It super simple to learn as opposed to having to memorize button placement like on some other headphones.

Comfort wise, these are by far the most comfortable set of on-ear headphones I’ve used. Something about the padding and material used on these keeps the ear cups light on your ears. They are soft to the touch and don’t push down overly hard like some other headphones. This keeps my ears from hurting. Usually on ear headphones will start hurting my ears after extended use. These don’t. Not only that, the Soho Wireless also don’t seem to make my ears all sweaty either after time. My ears stayed dry and comfortable throughout my entire time using them. 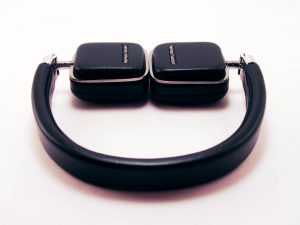 On the audio side of things, the Soho Wireless sound terrific. I’m no audiophile, but these things deliver just the right amount of bass and treble for my tastes. The bass is nice and deep without being overly thumpy while the mids and highs are clear and precise. When you crank the volume up, there isn’t even a hint of distortion. These seemed to sound really well with all the different types of musical genres I threw at it. Now because these re on ear units, it doesn’t completely block outside sounds. I’m still able to hear a tiny bit of what’s around me when I have the volume set low but if you crank it up, all that disappears.

On a side note, these are the first wireless headphones I’ve been able to get to work with my PS Vita. I”m not sure why the PS Vita has such a hard time pairing with Bluetooth headphones, but these were the first that actually showed up as an audio device.

The Harman Kardon Soho Wireless may be small, by they are by no means frail. These are the smallest, lightest, most portable on-ear headphones I’ve ever used that aren’t made of cheap plastic. The Soho Wireless are some of the best made headphones I’ve used and that’s thanks in part to all the quality materials that went into making them.

Of course looking good is only half the equation and thankfully, the other half is just as good. Audio output on the Soho Wireless is fantastic despite what may seem like relatively small ear cups. The Soho Wireless is loud when you want it to be with audio that never seems distorted or muffled. To me, there is just the right amount of bass and treble to make any genre of music sound great.

With all that said, the Harman Kardon Soho Wireless is one of, if not my favorite set of headphones that I own and have used. Sure I might have other headphones that might be louder or block out more outside sound, but the Soho Wireless to me is the most complete overall package of audio quality, build quality, and good looks. Everything from the materials used to how compact and portable these are are what really make the Soho Wireless standout to me amongst the competition. With all that said, the Harman Kardon Soho Wireless are now my go to headphones when I want to listen to my music in peace. 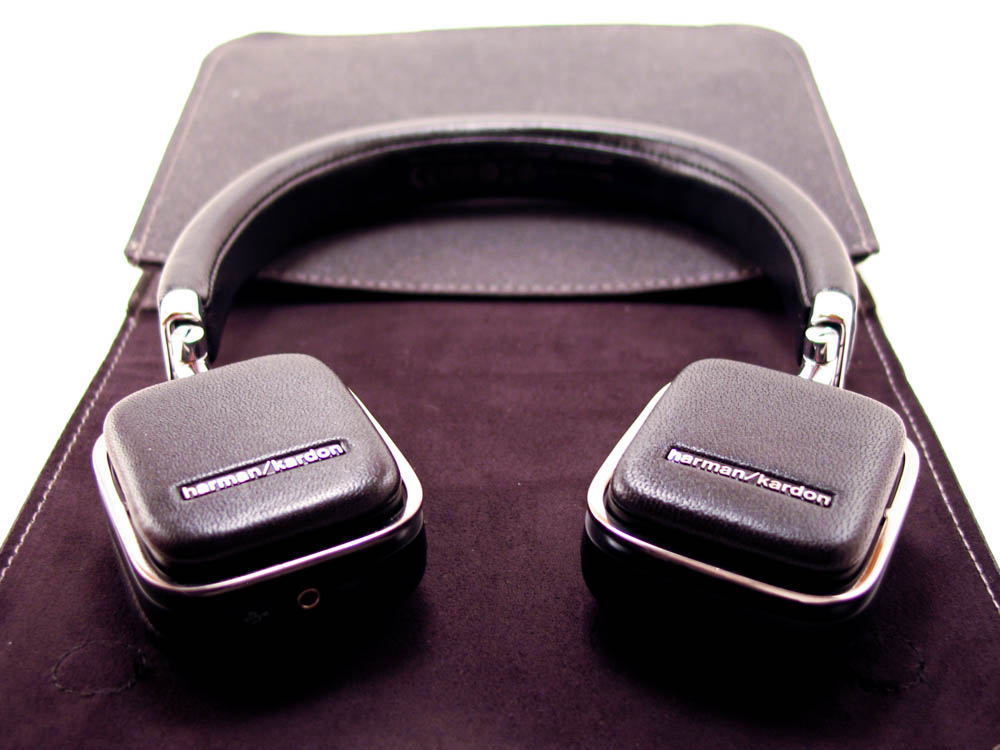