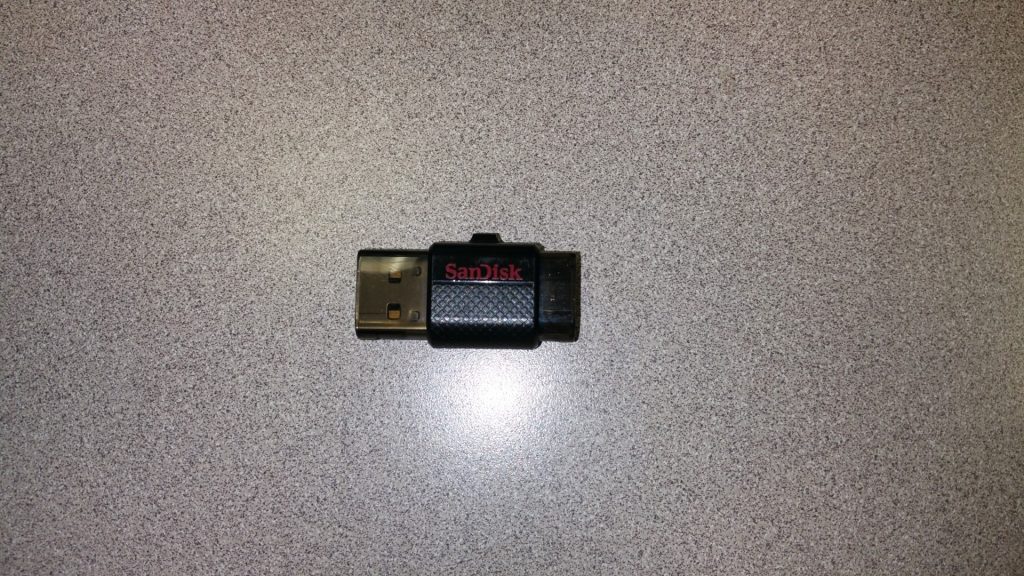 If you are one of the traditional types like myself you still like to transfer files to and from your PC to your smartphone. Best ways have been taking your device and connecting it via USB to the PC. Some newer methods have been just uploading them to your favorite cloud and then grabbing those files once you sit at the computer. I have utilized both and have been pretty effective but can take time. SanDisk has tried to alleviate some both of these options with the Ultra Dual USB Drive. You can easily come it to your Android device, upload the content and then detach and connect to your PC / MAC and pull up the files or vice versa. How well does it work and is it really a time saver? 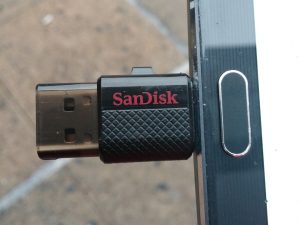 The Ultra Dual USB Drive is a two-sided USB drive with a microUSB connection on one end and a USB 2.0 connection on the other. It has covers that slide out and cover the connections when not in use. Its pretty lightweight and small enough can easily be lost with its dark coloring. Believe me I have misplaced it a few times. But what’s great about its size is you throw it in your pocket or a compartment in your backpack with ease. It has a small loop if you want to say put it on a chain or whatever tickles your fancy.

SanDisk has designed the device to come in three different size options of either 16, 32, or 64GB. I have been using the 64GB model and as said its small as can be. It does work in conjunction with SanDisk’s Memory Zone App if you need help in organizing files and keeping track of data. There isn’t anything else special about it as its realistically a portable thumb drive. 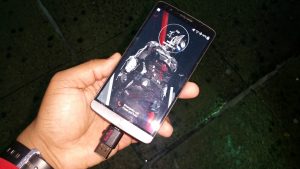 Having used it with the Samsung Galaxy Note 3 and Galaxy Note 4, it was recognized instantly by both phones and opened their “My Files” app. On the Moto X 2014 it wouldn’t come up while it did allow me to use it on the Sony Xperia Z3v with its “File Commander” app. I know connecting it to the Nexus 6 it didn’t work but I figured that was because its using Lollipop aka Android 5.0. I’d say to make sure your smartphone is compatible you need to check the Compatibility List to see if your phone is on it. The Moto X 2014 isn’t on their list but neither is the Samsung Galaxy Tab S 10.5 and it popped up with ease.

File transfers on the USB Drive is smooth while you wont get 3.0 speeds of course it does the job for some quick transfers. You can also keep it connected and access files such as movies and watch them right off the drive while connected. This could help you with devices you may have low storage on and can’t move or delete files off of.

SanDisk’s Ultra Dual USB Drive is a pretty convenient device if you like to do a lot of file transfers between your smartphone and PC/MAC. It saves on time uploading stuff to the cloud or having to find a USB cable and connect your smartphone to the PC. It would be nice if it came in lighter colors so it can’t get lost and maybe had a little weight to it. At the price of $30 for the 64GB version(or cheaper for less capacity) of the Ultra Dual USB Device its a nice mobile companion to have and is even great if you have friends you want to share files with too.