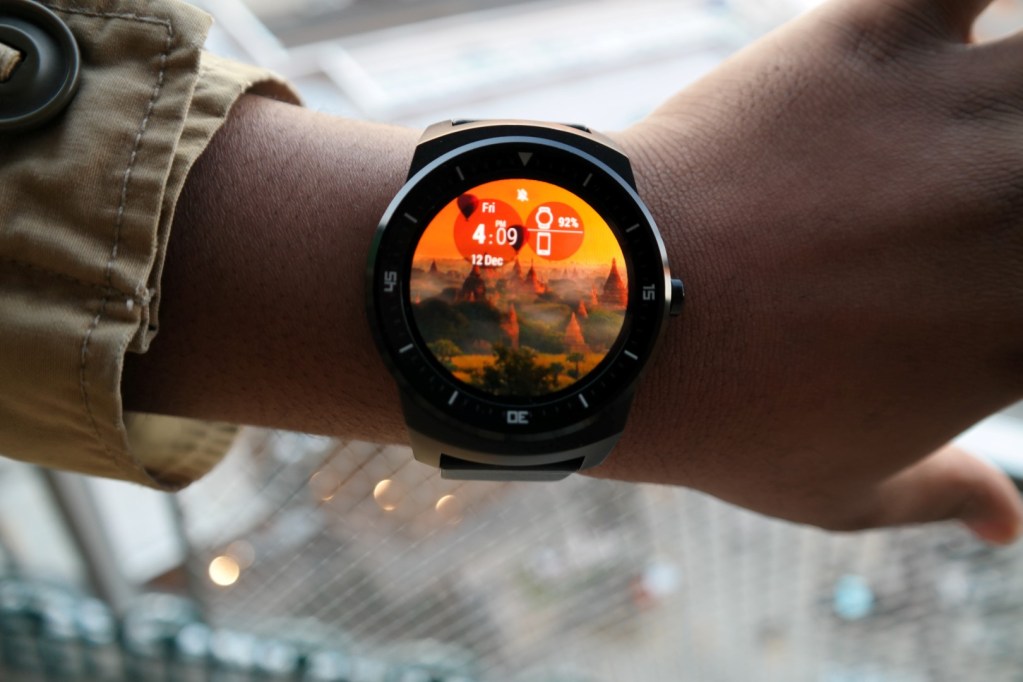 Over the summer, Google decided to launch its Android Wear line of smart watches and one of the first creations I got to test out at the time was coming from LG with the G Watch. It had a square design with a sort of spy watch look compared to its competitor which was Samsung with the Gear Live. Months down the line LG surprisingly wanted to make a smartwatch that actually looked like a watch with the G Watch R which sounds so techy it’s not even funny. But is the LG G Watch R worth spending time on your wrist? 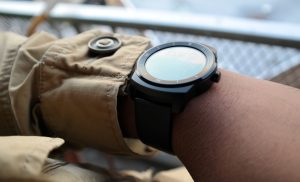 The LG G Watch R looks like an actual watch with a raised bezel for minutes when using it with a traditional watch face and a button on the side can be used to turn the display on/off or if held can access the settings menu. It’s a welcome feature compared to the G Watch that its reset button solely on the back and a pin was needed. Straps are genuine leather and has two holsters for fastening the straps down. I’d preferred one but what can you do. Straps are removable, so you can grab some nice alternatives like this horween watch strap from Paul Twice, along with plenty of other options.

On the back of the watch is a heart rate sensor and ports to attach the included charger adapter. I’m not too much a fan of the charging dock as you have to make sure it is placed on right and it can also easy slide off.

Its stainless steel body definitely gives it a premium look and puts it up there as one of the best Android Wear watches on the market in terms of design next to the Moto 360.

They upped the display on the G Watch R and this time they opted for OLED. Everything more colorful and brighter on its 1.3” Full Circle screen. It works better in the sunlight and its touch is pretty responsive when attempting to do activities on its face. Since it is a slightly smaller display trying to view messages can be an issue as they can get cut off sometimes.

When I have it in “Always On” mode even in its dim mode it still illuminates. I tend to turn the brightness down a couple notches sometimes. Of course if you want to get the most out of your battery you would disable the “Always On” feature. 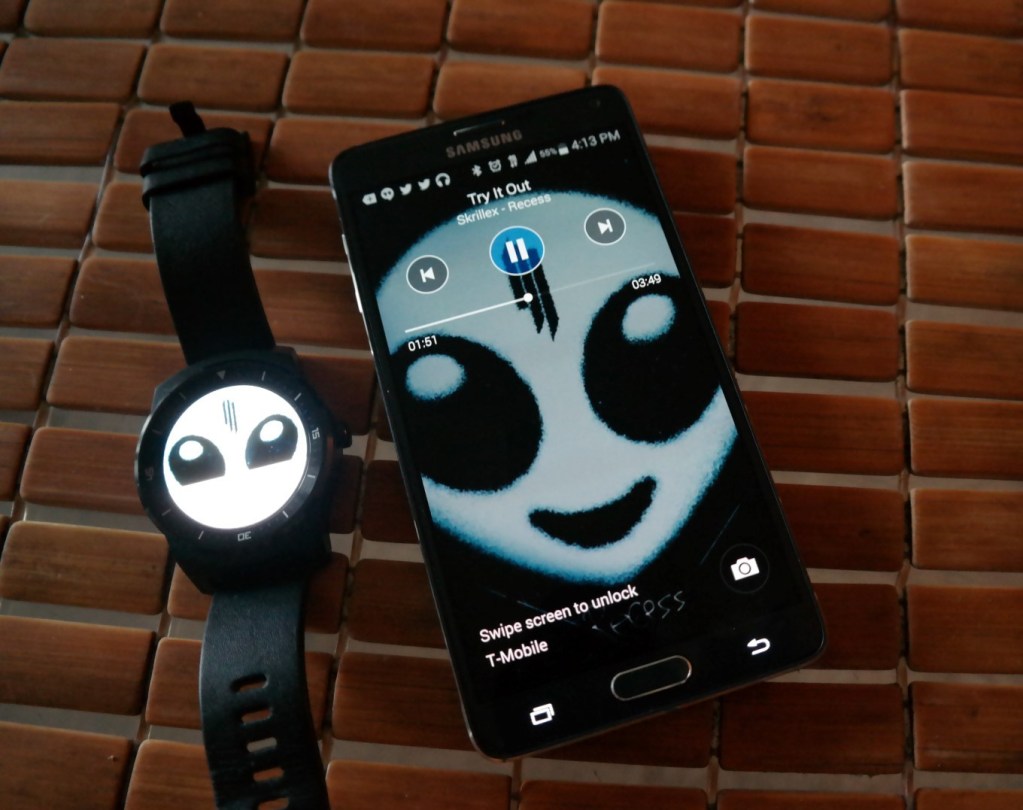 Using the LG G Watch R, the software hasn’t changed too much from before. You still have Google Now “card” styling and it works with a decent amount of apps such as Hangouts and Messenger for voice texting and Lyft if you want to order a cab.
I always say to get the most out of it is to download the various 3rd party apps that utilize its capacities and there are a ton of Watch Face apps to help customize the G Watch R to your liking. Google did just announce their API for Watch Faces so that is welcoming and we should some great designs in the near future.

I found myself using the G Watch R more than I expected and more so then I did the G Watch. The G Watch R just looks like a regular watch and actually feels better. The genuine leather straps versus the rubberized ones on the G Watch are winners as well as the better looking display even though it’s slightly smaller. Battery life seems better but I always find myself attaching it to a charger at the end of the day and god forbid I forget that which I did one day leaving me with a blind wrist watch. This was because of me using the Always on feature which I feel with a device like this the display should always be showcased.

I have to say when LG initially announced this watch I didn’t care for it much but once I got a hold of it I was fairly impressed with it. It’s a great traditional design for watch lovers with its Full Circle display, leather straps and stainless steel body. Its OLED display is one of the best out on smartwatches and its battery life is pretty good compared to others. I wish the display could have been slightly bigger as it sometimes make it hard to see full messages or they shaved the Full Circle design just a tad.
Overall the LG G Watch R is one of the best looking smart watches on the market today and if you are in the market of getting one you try this out even though you are leaning towards another great looking watch with the Moto 360.
The LG G Watch R is on sale for $299.99.