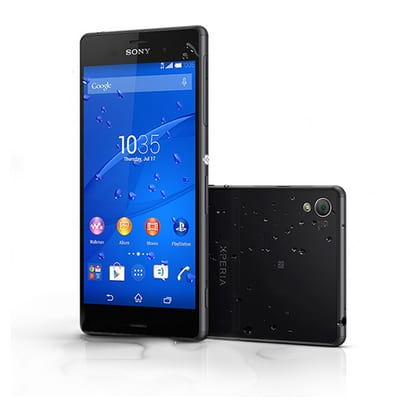 When you buy an iPhone these days, you have a very short list of models to choose form. When you buy an Android smartphone however, you have literally hundreds of options available to you. Though this is great for the consumer, it makes it difficult for the manufacturers to stand out in a sea of smartphones that are all almost basically the same. Some have carved niches for themselves and it’s in these niches that I think most find success.

For Sony, they’ve never really had a niche. They’ve always made pretty decent phones and recently, they’ve been known for having devices that are both waterproof and dustproof, but other phones now feature this as well. What could Sony do to make their Xperia line even better? Thanks to the success of the PlayStation 4, I think Sony has finally found that one defining feature that will set it apart from every other Android smartphone on the market, and that is the inclusion of Remote Play. The Xperia Z3 line will be the only smartphones on the market that will allow you to play PS4 games from it using Sony’s proprietary Remote Play feature that was first introduced on the PS Vita.

For this review, I’ll be looking at the T-Mobile version of the Sony Xperia Z3 which is basically almost the same as what’s available everywhere else in the world. This isn’t the Verizon version (Xperia Z3v) which is different. T-Mobile was kind enough to sent the Xperia Z3 for evaluation. I’ll be handling this review a bit different from the norm and instead, this review will mainly focus on Remote Play, which I will assume that most people who pick up this device are picking it up because of this feature. That’s not to say the Xperia Z3 doesn’t have other outstanding features, because it does. I’ll mention those briefly, but in all honestly, the only reason the Xperia Z3 even interests me is because of Remote Play and being able to play PS4 game through it.

The Sony Xperia Z3 is a gorgeous device. The only other Android phone I ever said that about was the HTC One M8, and I think that the Xperia Z3 looks way better than that phone does. The Xperia Z3 is a thin slab of a device that is just so pretty from any angle. It’s basically two slabs of glass bordered by an aluminum frame. It kind of reminds me of the old iPhone 4/4S, except much bigger, thinner, and slightly more rounded. The version sent to me was all black with a dark grey border. In this color scheme, the Xperia Z3 looks absolutely stunning, very elegant and has a very high end look to it. 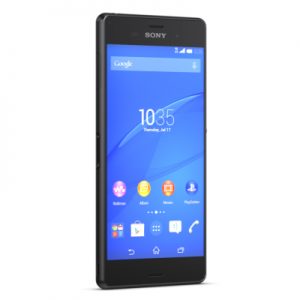 The phone also makes a few design choices that I find quite welcome. For starters, the Xperia Z3 has front facing stereo speakers, similar to what HTC does with the One, but not as in your face. These are just small slits in the front glass panel that you don’t even really notice at first. They blend in quite nicely against the black glass and helps keep the design clean.

Next is the inclusion of an actual camera shutter release button. I know a lot of other phones allow you to use the volume button as a shutter release, but it’s just not the same. Having an actual camera button there allows the Xperia Z3 to go directly into camera mode without even having to turn the screen on. It will automatically just do it. Not only that, it even functions like a shutter release button in which you hold it down halfway to focus and then push it all the way down to snap a photo. In this respect, it works just like a regular point-and-shoot and I love that.

The only real gripe I have about the design is how slippery the Xperia Z3 is. The aluminum outer band makes the phone slippery in your palms so you always want to be aware of that if you’re using it one handed. The glass panel on the back does offer a bit of friction, but it’s still hard to hold one handed. On the plus side, it’s comfortable to hold as it has no sharp edges. Also being able to hold the Xperia Z3 like a real point-and-shoot camera when snapping photos is a big plus for me as well.

I’ll just skim over a few of the features the Xperia Z3 has. One of the key features is that it is waterproof and I don’t mean just splash proof where you can occasionally get it wet. You can actually take this phone underwater if you wanted to. It will survive being dropped accidentally in the toilet or bath and for a person with kids, this is a huge plus. Another huge feature that road warriors and those who use their device a lot will appreciate is that this phone has a huge battery that will last up to two days between charges. That means more time Tweeting, playing games, viewing photos, etc. 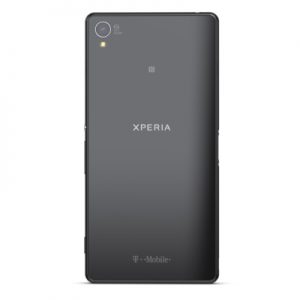 For those who need a lot of memory, this version of the Xperia Z3 from T-mobile comes with 32gb of built in memory. That’s a lot of space for photos, music, and apps. If you need more, You’ll be happy to hear that there is a micro SD slot that will allow you to add additional memory via SD card.

Last but not least, the Xperia Z3 features a 20.7mp camera. This utilizes Sony’s G-series lens which Sony also uses on their excellent point-and-shoots. What’s neat about the camera though is the software used for it. It has a lot of features and allows you to add actual add modules to the camera that extend it’s functionality. You just have to download them from the Google Play Store.

Now here is what I really want to talk about when it comes to the Sony Xperia Z3, and that is Remote Play capabilities. When I first picked up the device last week, Remote Play was not yet enabled. However, about a day or two after the 2.0 firmware update on both the PS4 and the PlayStation Companion App, a Remote Play app became available in the Play Store. You will need this app if you want to enable Remote Play on the Xperia Z3. 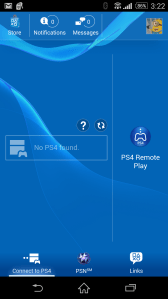 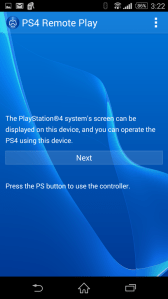 This is what makes the Xperia Z3 different from any other Android smartphone out there. If you take a look at the PlayStation app on the Xperia Z3, it looks pretty much the same as it does on any other Android phone, except for one key thing. There is a Remote Play option if you swipe over the the “Connect to PS4” tab. No other phone has this. Tap on this and it will bring up the Remote Play app.

Remote Play here works similar to the way it does on the PS Vita. First, you can only play via a Wi-Fi network. Second, you do not have to be on the same network as your PS4. Like the PS Vita, you’ll be able to connect to your PS4 over the Internet as long as you are signed in on the same account as the main account on your PS4. PS Vita users will already be familiar with this but for those who aren’t, it’s an incredibly simple process. 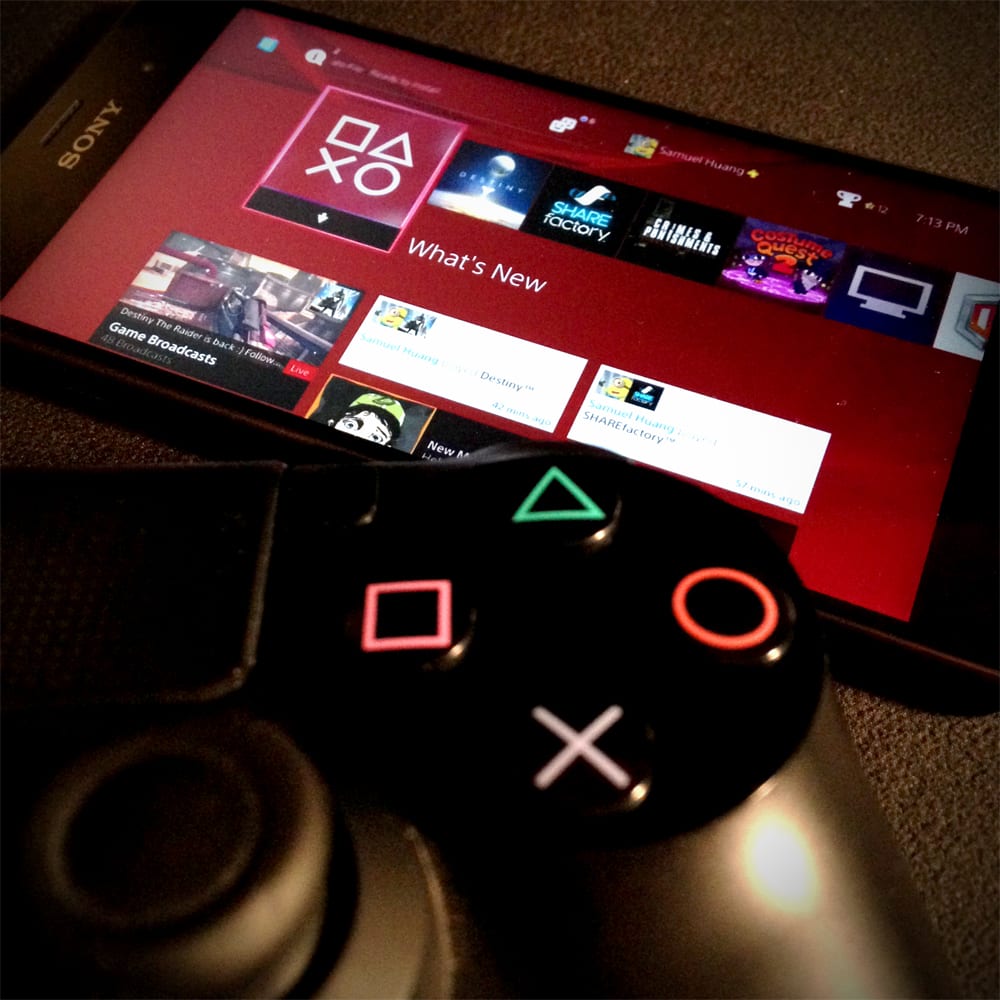 Once connected, you’ll be able to play your PS4 remotely. Sony much have changed a few things since announcing this feature a couple months back because I thought I remembered hearing that you had to use a real controller to play. You don’t. You can actually use a virtual controller that shows up. That means you can use the touchscreen as a controller. Is this something you should do though? Not really. It works, but it’s not what I would call the optimal solution. I still say touchscreen controllers are impossible difficult to use accurately and the same applies here. You can’t play something like Destiny for instance and expect it to be great using a virtual controller. It’s not going to be. It works however for simpler games that don’t require as much accuracy. 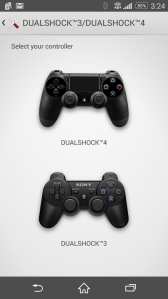 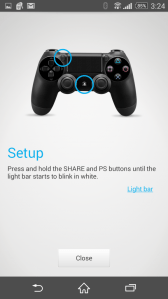 The optimal solution for play PS4 games on the Xperia Z3 is with an actual PS4 Dualshock 4 controller which you can totally pair to the device. It is suggested that you do this before launching Remote Play. Just go into the settings > Xperia Connectivity > DUALSHOCK 3/4 and pair from there. Pairing is very simple here with detailed instructions on your device while doing it. Once paired, you can launch the Remote Play app and connect to the PS4. You’ll find that the controller responds perfectly, as if you were playing it on your television.

Is this a better experience than using a PS Vita for Remote Play? Yes. The main reason is because the control layout on a PS Vita isn’t quite the same as it is on the Dualshock 4 controller. Though it does it’s best to emulate missing buttons, nothing beats using an actual Dualshock 4. With the Xperia Z3, you can use the real controller so it’s giving you an authentic PS4 experience. If you’re a diehard PS4 player, this is such a great solution to being able to still play your games when away from home. All you would need to do is bring your controller and you’re set.

If you’re looking for an Android smartphone that might help you stand out in a sea of “me toos,” consider the Sony Xperia Z3. From my experience with it so far, it has a ton of high end features most people like, such as a rather large, 20.7MP camera, waterproof and dust proof design, high end materials and build quality, and a biggie here, a battery that will last almost two days before a recharge (depending on what you do with it). Your experience may vary with the battery, but in my experience so far, the Xperia Z3 has lasted the longest for me between recharges. All of this makes for one heck of a device.

But the real stand out feature in my book is the inclusion of Remote Play. How many Android devices out there do you know of that you can say, “hey, I can play PS4 games on this.” None. This is the only one and if you have gamer friends, they’ll surely be envious of you.

Overall, I really love the Sony Xperia Z3. This is the only Android device I think I would ever really replace my iPhone with. It has a gorgeous design, the software is snappy and shows little to no lag, and the inclusion of Remote Play is such a killer feature for me, being a gamer. Remote Play is literally a game changer in my eye considering how many people now own a PS4 and how easy it is to play it anywhere now. Forget about playing mobile games, with this, you’ll be able to play full, next gen console games.

The Sony Xperia Z3 is an Android phone that shouldn’t be overlooked. My only real gripe is that sadly, it’s not going to be available on all carriers. Currently, this version is only available on T-mobile while another variation of it is on Verizon. I hear this T-mobile version is the superior one though out of the two. If you’re on T-mobile, definitely check out the Xperia Z3. You’ll be pleasantly surprised. 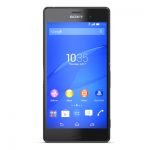 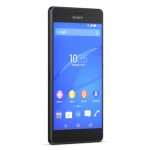 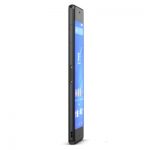 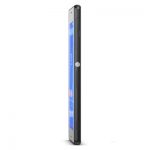 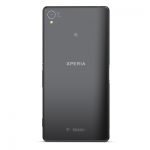 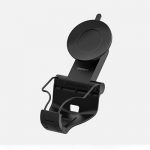