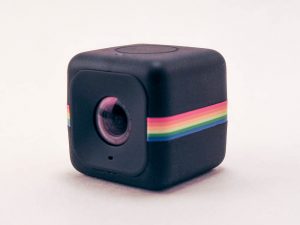 When it comes to action cameras, one name come to mind, and it’s not Polaroid. Basically the GoPro line of action cams is considered the Bentley of action cams, but for regular folks, a GoPro is a bit overkill, especially if you consider how much these go for. Some people just want an action cam to occasionally take video and one that is rugged, preferably waterproof, and also affordable. That’s where Polaroid comes in. The new Polaroid Cube is their fun, quirky take on the action cam with a more lifestyle oriented take. It’s small, versatile, and fun. At only $99, it certainly looks like a bargain for anyone looking for an entry level action cam, but it is any good?

The Polaroid Cube is tiny. It’s literally a tiny square cube that measures just 35mm on each side. That’s tiny when you compare it to other action cameras out there. It also has a very minimalistic design in which there is only one button to use that acts as the on/off button and the shutter button to activate still photos and video. This is on the top of the device. 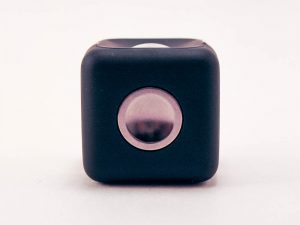 On the bottom of the device, there is a silver disc that at first glance, seems to serve no purpose at all until you discover that it’s really a high powered magnet. When I say high powered, I mean it as this thing will stick to virtually any metal surface that can be magnetized. Not only that, once its stuck on, it takes some force to pull off. That means you don’t have to worry about it falling off really if you mount it to something that moves a lot or gets bumped around. 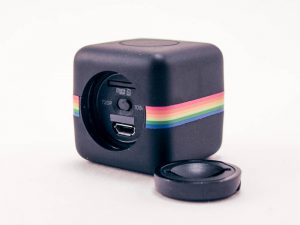 On the back of the Cube is a slotted disc that is impossible to take off using your bare finger. You have to use a small coin, like a penny or a dime to twist it off. The plastic disc that comes off has a rubber portion on the bottom of it that forms a seal with the opening so that water does not leak into the device. Underneath the disc once you take it off is where the SD card slot is as well as the USB charge/sync port. There is also a switch for telling the Polaroid Cube whether to record in 720p or 1080p mode for video.

Other than that, the Polaroid Cube is quite sparse of any fancy decorations or design elements other than the iconic Polaroid rainbow stripes on the side. This helps add a bit of color to an otherwise all single color device. In my case, it’s an all black cube, but you can also pick it up in either blue or red.

There are accessories you can buy for the Polaroid Cube, but for the sake of this review, I’m just sticking to the main unit as what I have here doesn’t have all the optional accessories, just the Cube and the USB charging cable.

The Polaroid Cube is very easy to use. You turn it on my holding down the top button until the light on top turns green. That means that the Cube is ready to snap photos and take video. To snap a photo, just tap once on the button. A red indicator will pop up telling you that it is working and then flashes back green when it’s ready to take the next shot. If you taking video, double tap the top button and the indicator will stay green. Tap the button again to stop taking video and it will turn back green to indicate it is ready again. It’s a very simple process and makes taking photos and video fast and painless. 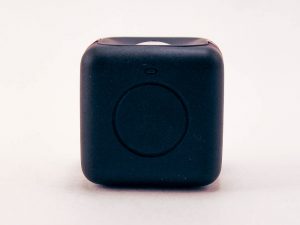 There is no viewfinder on the Polaroid Cube so you’ll just have to make an approximate guess at what you are shooting. My advice is to just point it straight at whatever you want to take video or photos of. There is a super wide lens on the Cube allowing for 124º viewing angle which means whatever you’re trying to take a photo of should be in the frame.

The Polaroid Cube is also weatherproof, which means you should be able to use it in any kind of weather condition, even wet ones. However, I wouldn’t go dunking it in a pool as I don’t believe it is actually waterproof, only splash proof. Still, this makes the Cube quite versatile and with its diminutive size, makes it highly portable and useful.

It doesn’t do much else other that that.  It’s meant to just take quick photos and HD Video with the ability to mount it on almost any magnetic surface without the need for an actual mount which makes the possibilities of where to place your camera quite interesting.

Again, using the Polaroid Cube is a simple affair. Just hold down the button to turn it on and you’re ready to go. One tap takes photos while two taps takes video. Video should keep recording based on the amount of space you have on your memory card (up to 32gb), though I haven’t quite tested out the extremes of it. 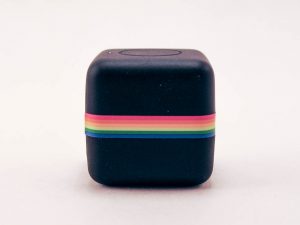 Transferring photos to your computer requires that you remove the rear cover and use either a USB cable or a card reader. This means that there is no real way of viewing your photos while you’re using it. There is no built in WiFi here like on some other action cams so you’ll have to wait until you’re near a computer really to see your photos.

Photo quality from the Polaroid Cube is just okay. It does a decent job of capturing photos, but it’s not as good as using something like your iPhone or other smartphones. The only plus side to using this over your smartphone is the size and the fact that it’s weatherproof so you can take photos in situations you wouldn’t normally have your smartphone out at.

Video quality on the Cube is also decent. Despite it being HD video, it’s not as good as something like a GoPro or even your smartphone. The videos from it are still ok however and again, you’re able to use it in situations you wouldn’t normally have your smartphone out for.

The Polaroid Cube I don’t think is meant to replace what you would normally use to take great photos and videos. Instead the Cube is more of a fun device that you use to capture fun moments and activities where you wouldn’t want to pull your smartphone out at. It’s small size means you can be more discrete, drawing less attention to yourself and being able to capture more candid moments. The small size also means you’re able to mount it in more creative ways than you would be able with larger cameras.

Based on my time with it, the only real negatives are that there is no WiFi to view your images on your smartphone if you wanted to check them out while you are out and the fact that image and video quality aren’t as good as you might expect them to be given that it’s labeled as an HD device.

Still, the Polaroid Cube is a neat device and for the price, you can’t argue with what it does. It’s a small, user friendly lifestyle action cam that helps capture those moments you might otherwise miss. The main thing about it is the versatility of it and being able to mount it in some creative ways along with the fact that it is a weatherproof device. All of this makes the Polaroid Cube a rather unique device among its peers despite some of its downfalls but that shouldn’t keep you from checking it out. 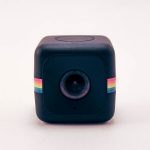 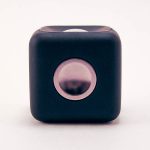 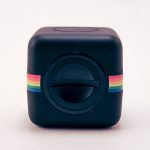 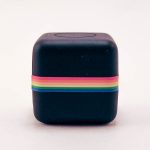 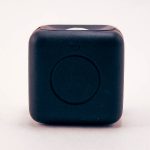 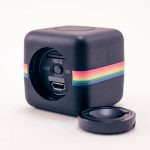