The time we been waiting for it and its finally here. Where we thought Google would announce each Nexus device after each other they have dropped them all in one big swoop. The Nexus 6, Nexus 9, and Nexus Player look to all be successors to previous models in the Nexus line and will have a nice tasty sweet Android treat called Lollipop on each device.

The Nexus 6 will be coming with a 6″ QHD display, Snapdragon 805 Quad Core processor, Adrenos 420 GPU and have dual front facing speakers. Camera has been beefed up to 13MP with OIS and has a large 3220mAh battery which can give you six hours of battery life in just 15mins of charging time. Memory options for the Nexus 6 will be either 32GB or 64GB. Since its being worked on by Motorola it has similarities to the recent Moto X 2014 edition. 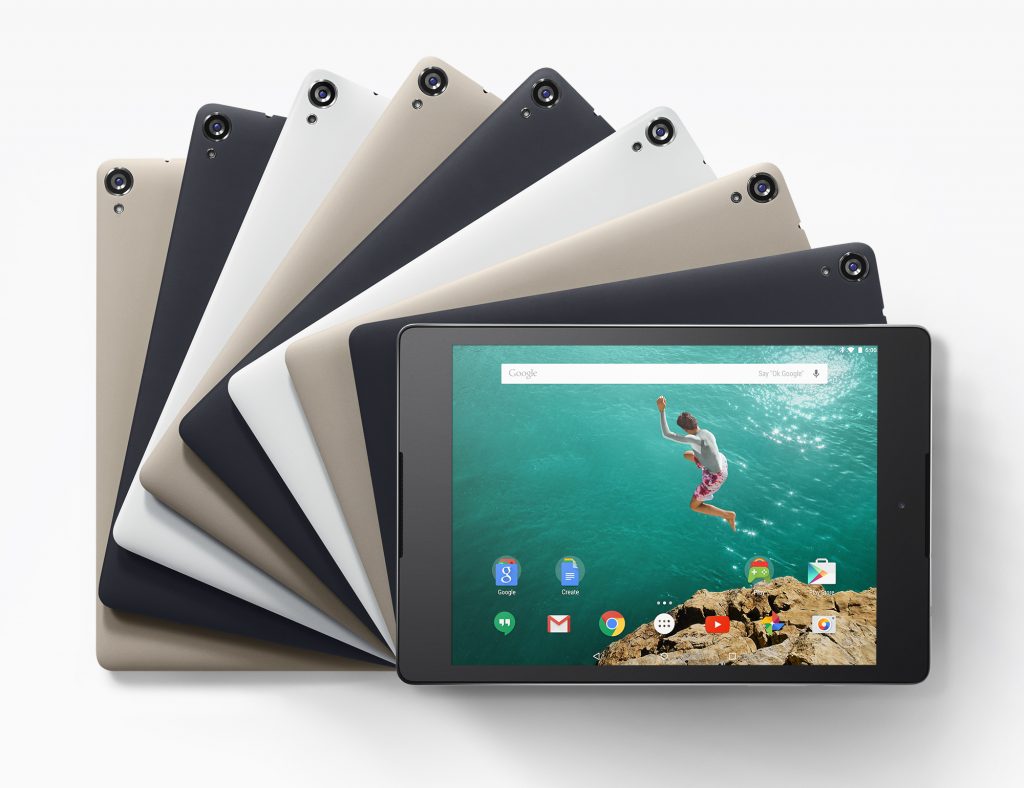 The Nexus 9 raises the bar of the previous Nexus 7 screen size and comes out to a close 9″ IPS LCD display. It will have a  64-bit NVIDIA Tegra K1 processor 2.3 GHz, 8MP rear camera and 6700mAh battery. Size options will be in 16GB or 32GB. Since Google is working with HTC on this tablet it will have their patented Boomsound speakers on the front. The Nexus 9 will have options of the usual white, black and adds a new tan looking color.

New to the Nexus line is the Nexus Player. It allows you access to various Google Play apps and even mirror whats on your smartphone or tablet to play on-screen. Wanting to play some gaming you can do with the Nexus Player GamePad. You can cast it to from your chromebook or Android device to your TV if you have Chromecast as well. It will have a 1.8GHz Quad Core Intel Atom chip and 802.11ac 2×2 WiFi compatibility. They will be working with ASUS on this one.

Best yet they all will be running Android’s 5.0 named Lollipop. It will have what Google is calling a “Material Design” which will have it providing the same look no matter what device you are using and streamline throughout all of them for a great Android using experience.

Are there any Nexus devices you are dying to get your hands on?