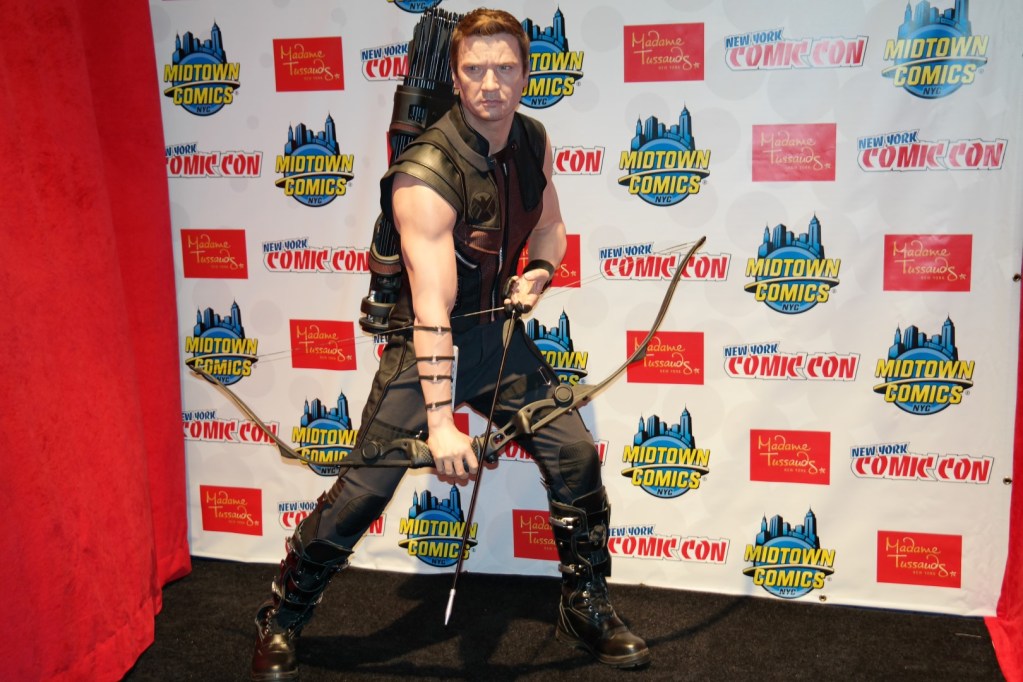 Just how Marvel and Madame Tussand’s teamed up last year to bring you Samuel Jackson’s depiction of Nick Fury from The Avengers, the same has been done this year with Hawkeye. The Hawkeye wax figure is a spot on of actor Jeremy Renner portraying the iconic Marvel superhero. Best yet about the wax statue is they have him with his patented crossbow and arrow intact.

Hawkeye will be apart of the Marvel 4D Experience that is set to take place at Madame Tussand’s Time Square location here in New York City. This was also to commemorate 50 years since the creation of the character back in 1964.