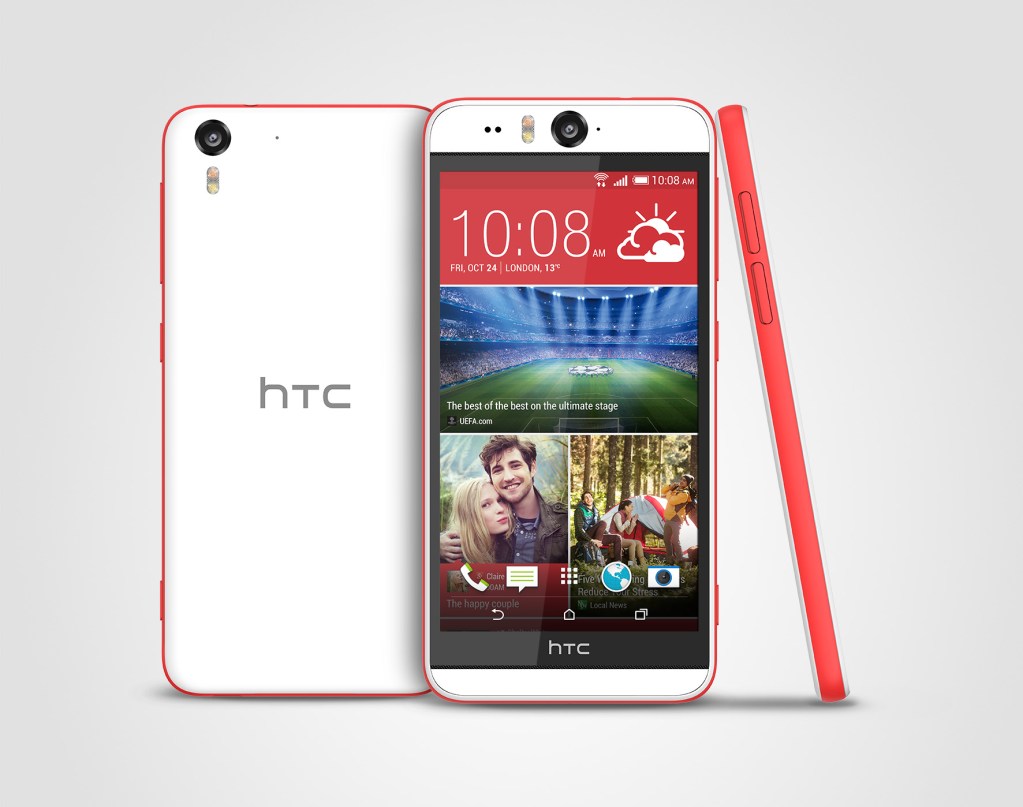 On Wednesday HTC made an announcement for not one but two devices which is a dual 13MP camera smartphone called the HTC Desire EYE and a GoPro 16MP action camera of sorts called the HTC Re. I personally think they could have came up with a better name then that but thats me. The HTC Desire EYE comes as slightly a surprise as HTC has been sticking with their “Ultrapixel” 4MP camera on the HTC One M7 and M8 for the past year. Some were not fans of the Ultrapixel camera such as myself no matter how you slice it. So to see a 13MP camera on a HTC smartphone is welcome. The “Re” had a twitter name pop up for it in the past week and HTC was giving teaser videos on what it can be at the time. I’m curious if it’s a market HTC can really tap into which has been dominated by the GoPRO and other action cameras of the world.

Here are some specs for each:

Having a quick hands on with each product, I like the feel of the HTC Desire EYE and the new features incorporated with the EYE such as the “Split Capture” which uses both cameras at same time looks nice but its something we have seen before. Also the same could be said about “Crop Me In” which was under a different name on a different smartphone maker. We just have to see if 13MP selfies are really needed though.

The HTC “Re” is small, compact and light in hand, but unfortunately we weren’t able to really put it to the test. Hopefully we get a review model in the future to get more of a use of it in general scenarios and see how good these “viewless” photos and videos actually come out. I do feel like it could have had a small viewfinder though.

Great thing about the HTC Re is that will work with not just HTC smartphones but also any Android running 4.3 or higher and will also work with iPhones aka iOS. Very smart move on their part. Right now it is up for pre-order at $199.99 but no actual release date has been given at this time.