Spoiler-Free Review of:
As Above, So Below, 29 August
Genre: Horror | Thriller
Run Time: 93 minutes

– Director John Erick Dowdle has been making a name for himself in the horror/suspense department.  He has previously directed, The Poughkeepsie Tapes (2007), American-horror remake of Quarantine (2008) and Devil (2010).
– Some of the movie is actually filmed in the Parisian Catacombs.

Another entry into the “found-footage” horror film genre, As Above, So Below focuses on scholar Scarlett (Perdita Weeks), who is desperately trying to complete her deceased father’s expedition, locating the artifact famously known as the Philosopher’s Stone.  The film starts off with Scarlett narrowly escaping death while locating the first and most important clue in Iran.  She discovers, with the help of former flame and scholar, George (Ben Feldman), and her cameraman, Benji (Edwin Hodge), that the stone is located somewhere in a hidden section within the Parisian Catacombs, a city-long grave, housing over six million skeletons, dating back to the late-18th century.  With the additional help of a few local “catophiles” (Parisians with vested interests in the Catacombs), they all head deep into the underground tunnels, and before long, takes an unfortunate detour through the Gates of Hell. 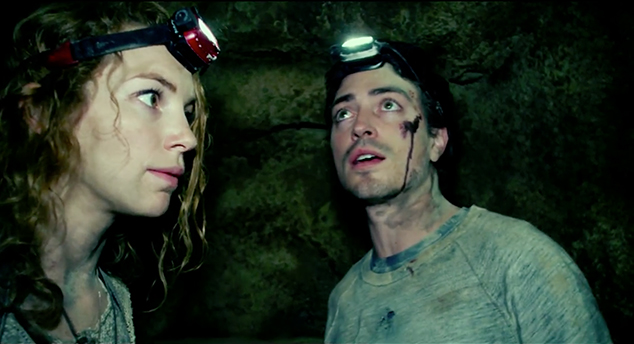 Surprisingly unlike most of the found-footage films, the core cast is great.  Perdita Weeks’ Scarlett is extremely intelligent, headstrong, and obsessive and is so believable and grounded that you, if you didn’t already know what they were in for, would want to take this journey with her.  Am I the only one who thinks Lara Croft?  Ben Feldman’s George is also great as the intelligent counterpart to Scarlett, adding structure and a voice of reason.  François Civil’s Papillon has that energy about him, also very smart, funny and confident in leading the troupe.  The rest of the cast falls in serving their purpose, either as supporting crew, or future fodder. 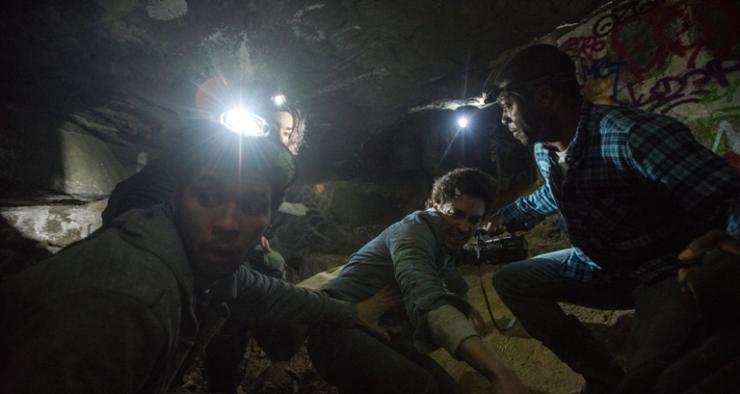 When the film gets to the subterranean setting, you get that almost claustrophobic sensation where you believe there’s a chance you are not getting out, and it works well.  Going deeper in to the caverns, the squeezing through holes and areas collapsing behind them encompasses most of the scares.  I am a fan of John Erick Dowdle’s work as a director.  If you haven’t seen Devil (2010), you should (despite the fact the story is written by M. Night Shyamalan).  He knows how to pull suspense out of his audience.  As a writer, there is a lot left to be desired.  The script was co-written in collaboration with his brother Drew.  Together they’ve certainly developed the characters, created emotion and good narrative but it just doesn’t pay off at the end.  For the film that promises to take you into the depths of hell, it falls very short of. 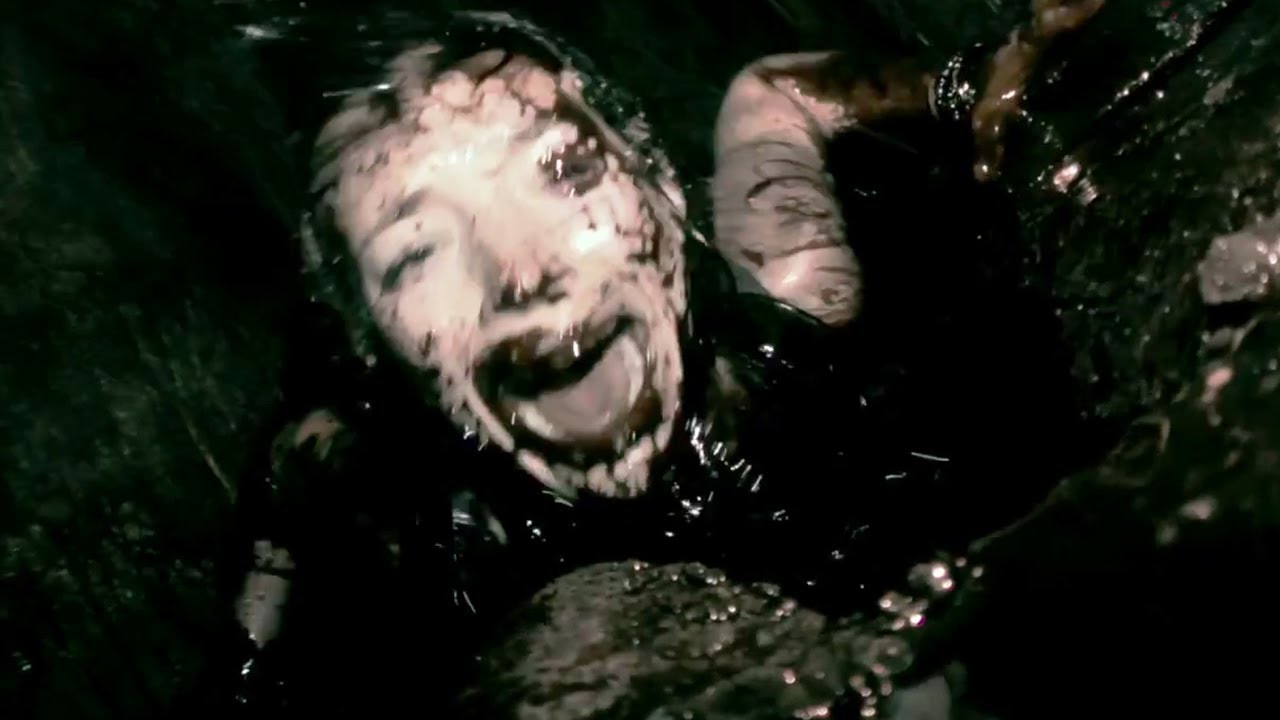