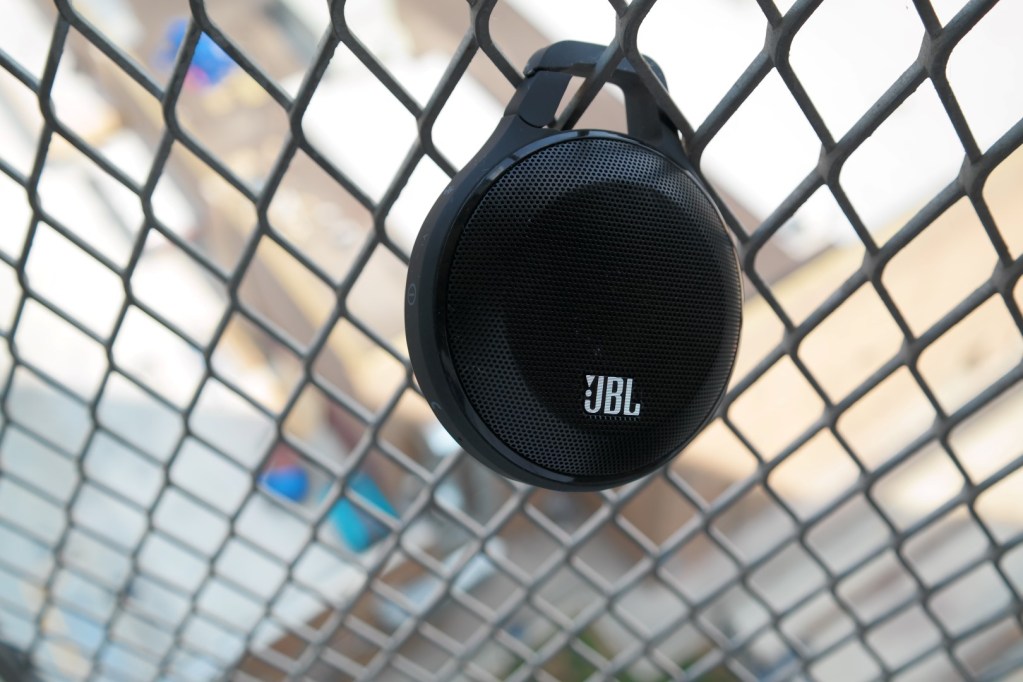 While you may have a bluetooth speaker at home sometimes they are a bit to pick up and go. The JBL Clip is a wireless speaker that can be grabbed and either tossed in your bag or even latch it on the outside. If you don’t have a bag your clothes are great options as well. 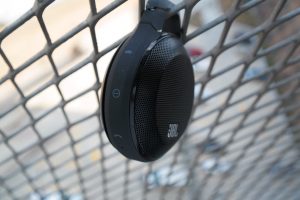 The JBL Clip is as thick and circular as a hockey puck but has a carabiner clip attached to it on top. On the front showcases the speaker grill and the JBL insignia while at the top is a LED indicator. If you look hard enough you can see the one sound driver hiding behind it. If you go around the speaker you will feel the durable rubber rugged exterior to help it take a few bumps. I have tossed this in my bag a few times and its been fine. On the left side you will see buttons for Bluetooth(sync), Power, and Phone. On the right side is volume controls and audio jack. Underneath is an audio jack that is already attached and you can use to connect to your mobile device without issue. No looking for wires and no bluetooth syncing to save battery life. 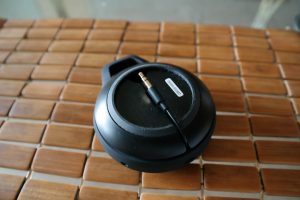 Going back to those buttons on each side. So with the “Phone” button you can use it to pause/play tracks or if answer incoming calls if you like. The bluetooth button is for syncing and unsyncing. Just make you don’t press it accidentally or you have to go to your mobile device to get it paired. There isn’t anything really special as far as any bells and whistles like changing tracks or anything of the sort. 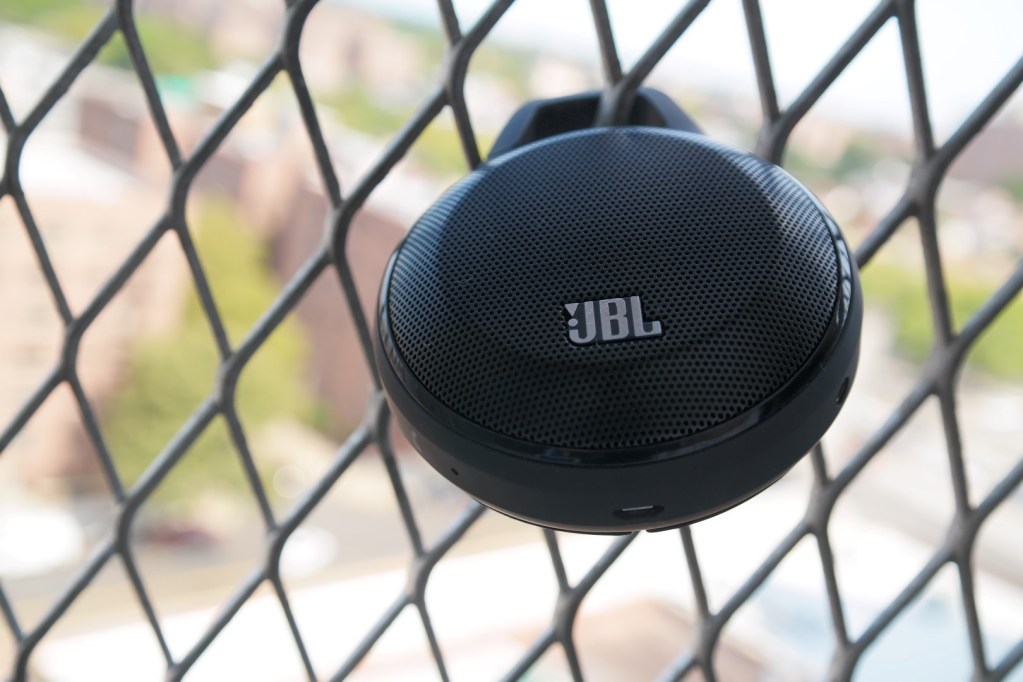 For such a small speaker the JBL Clip pushes out some decent sounding audio from its 40mm driver if you just want something to listen to. Of course don’t the JBL Clip to have bass booming with its relatively small size and one driver. It can also show small signs of distortion but not heavy as I have heard from speakers costing 2-4x as much. Just don’t expect the world from the JBL Clip and you should be in good company.

At such a low price point, the JBL Clip gives you a collective of value. It has nice sound, its rugged and gives you gives you the choice of either going wireless or wired. As stated the sound could be a bit better taking in bass and handling the slight distortion on some intense tracks but you get what you pay for.