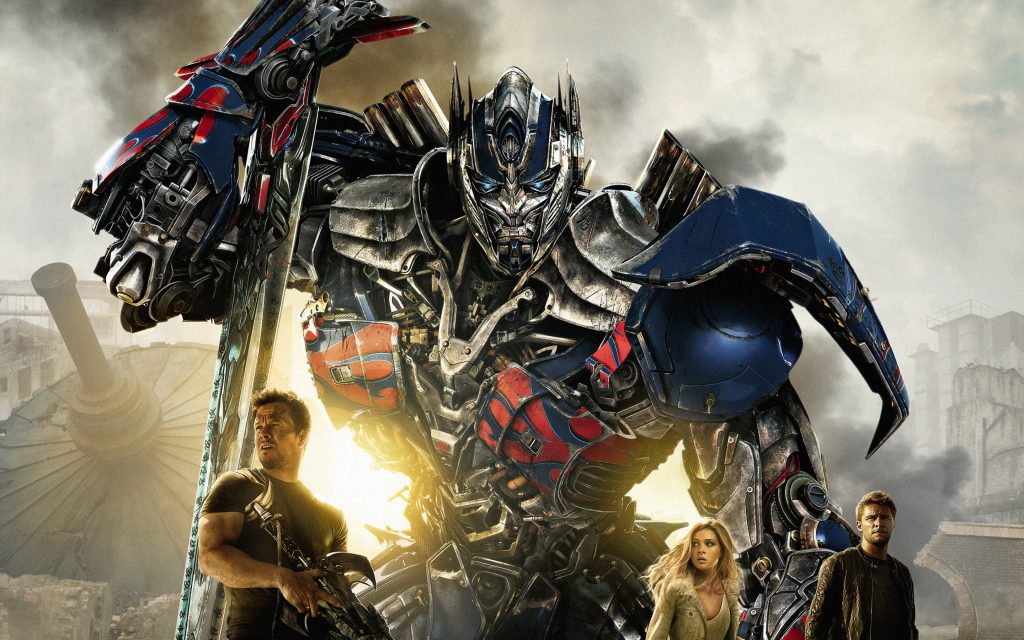 Whenever you go to the movies to see anything with Michael Bay’s name on it you can expect excitement, big action and big name stars. The caveat to getting big name stars and big action especially in the case of the Transformers movies is the lack of a plot and you as the moviegoers have to decide whether this is a worthy trade-off. 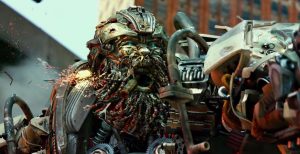 I must admit I haven’t been a fan of the Michael Bay Transformers movies and I say this as a purist not a hater. I’m an 80’s baby, meaning I grew up in the 80’s as a kid. I remember the Transformers cartoon as a kid and not when it was in syndication, meaning new episodes every week. It was cultish and every boy in America at that time was hooked on the Autobots and the Decepticons battles on Earth. If you watched, then you knew all the Autobots and the Decepticons and their origins from Cybertron, or their origins from Earth (If Wheeljack was at all involved). My problem with the Michael Bay movies as it pertains to the Transformers was that he seemed to stray almost completely away from the real story of the Transformers. I respect artist interpretation and for what it’s worth I do appreciate to some degree what Michael Bay has been able to carry out but dude, make the story make sense. 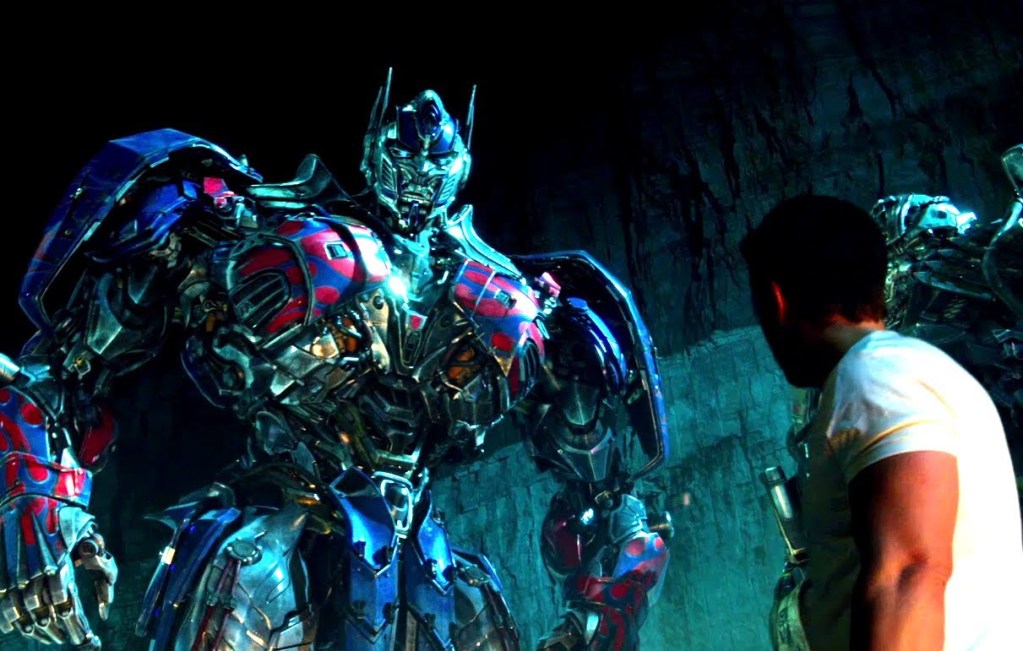 In this fourth addition to Transformers it’s 4 years after the last movie and the US is in recovery from the extensive damage and loss of life that was a direct result of the battle fought in the city of Chicago to save human kind. The US Government has declared all alien robots specifically Decepticons enemies of the state and they are now being hunted and destroyed. With the aid of a mysterious transformer (Lockdown) and a special military team they’ve been successful in exterminating all transformers in hiding. 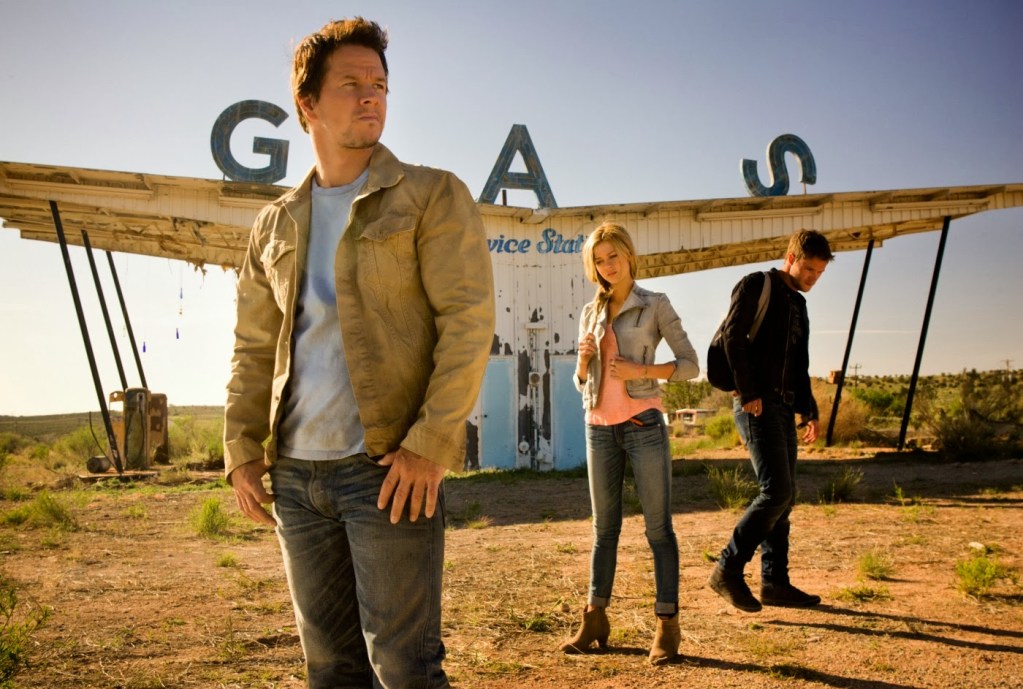 Enter Cade Yeager (Mark Wahlberg) and his daughter Tessa (Nicola Peltz). Cade Yeager is an out of work wanna be inventor down on his luck. With the bills piling up and his house facing imminent foreclosure Cade and his buddy / business partner Lucas (T.J Miller) go to a job site and stumble upon an old junky semi truck and buy it for a $150. Yeager being the inventor that he is realizes after some investigating that this truck is not in fact just a truck but possibly a transformer. At the urging of his daughter and Lucas they tell him to call the government and collect the reward that’s being offered for finding transformers thinking it will raise them out of debt and eliminate all of their money problems. To his daughter’s ire, Yeager resists and continues to investigate and soon he stumbles on a power source and sure enough is able to fix it and to his “surprise” the truck transforms into none other than Optimus Prime.

As Optimus Prime begins to explain himself to Cade and Lucas about the situation at hand the atmosphere quickly changes when Tessa notices a convoy of black trucks and helicopters headed towards their property which turn out to be the military led by a stone faced and serious man named Savoy (Titus Welliver). It turns out that Lucas called the government looking to cash in on the reward without realizing severity of what he had actually done by doing so. With Savoy and his crew interrogating Cade and threatening to kill Tessa if they don’t get the information they seek, Optimus Prime is forced to show himself in a big way and it’s from here that the story unfolds.

As the movie progresses we learn that the destruction of Autobots and Decepticons are in fact a part of a convoluted plot involving Harold Attinger (Kelsey Grammer) who is the head of a Black Ops special force unit from the CIA specifically designed to destroy the remaining Autobots and Decepticons called “Cemetery Wind” coincidentally lead by Savoy, that mysterious robot (Lockdown) and a rich billionaire inventor front man named Joshua (Stanley Tucci) who is the head of a company called KSI.

Since this is a spoiler free review of the Transformers I’ll stay steadfast in not giving you too much of the story and believe me there’s a lot more to the story involving everybody I just mentioned including Cade, Tessa and their new connection to Optimus Prime. I will say this, in this movie you’ll see some great new Autobots, new Decepticons and since this is a Michael Bay movie of course you’ll get explosions and tons of action, and as I said before big name stars to round off the trifecta of blockbuster movie ingredients.

There are just elements from these movies I just hate and this movie for me at least strangely accentuated them all. I very much hate the Transformers can change form as they see fit (literally) even with human occupants so that now makes the Transformers also master magicians, I hate how new Transformers are incorporated into the fray without any real explanation of their origin, either that or we get an incorrect explanation of their origin altogether. The Dinobots and Galvatron also appear but I’ll let you get upset with that one on your own. This movie was also incredibly long at over 2 1/2 hours. Geez. I don’t want to make my review of this movie come across as completely negative. It wasn’t the worst movie ever made, not at all, but as a Transformers movie it really sucks. If you have small kids that don’t remember the original Transformers then this is great for them. If you don’t care for the story of the Transformers at all but want some kick ass action then this is great for YOU. For me however it didn’t work and that’s mainly because of who I am as a Transformers fan. That being said if you see this movie you’ll feel one of two ways either you’ll be thoroughly wowed or you’ll just hate it. That’s really it, either way. ENJOY!