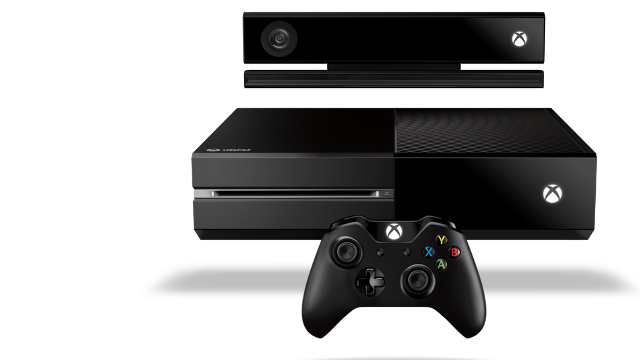 Microsoft came to the E3 to show off it’s best and one can only wonder what to expect. Sony came out and really put on a show with an impressive lineup of new games, an all white special edition PS4 with the highly anticipated Destiny game, they showed off Project Morpheus and it made me wonder “How is Microsoft going to top this?”

Microsoft didn’t really top Sony in my opinion but that doesn’t mean that they didn’t have a good showing. They had a great lineup of impressive new games and some fan favorites although I was hoping to maybe see a next-gen Gears of War for the Xbox ONE and more as it pertains to the Kinect and Xbox Live but no dice there. Even without getting much from the press conference Microsoft showed off some new games and these are the best of that bunch so check out the trailers and see for yourself.

If you like real simulation driving games then look no further than Forza. At one point Gran Turismo was the king of driving simulation but no more. There is no game that gives you the look, feel and experience of driving regular street cars and high-end supercars like Forza. Oh yeah that there is damage to the cars only adds to the experience. With Forza Horizon 2 you get some of those same cars only with a different racing experience that focuses on a  Need for Speed type of feel without the full simulation and elaborate settings involved. You choose your car, follow the goal and drive.

This game is probably the best of the bunch in my opinion and the one I want to play the most. This game has comedy and a unique game play experience with lots of fighting moves, big guns, acrobatics, mutants, large levels and goals. This game is a winner and I haven’t seen anything like it. Check it out

Halo fans rejoice with the new Master Chief Collection that will be coming out for the Xbox ONE. Although we didn’t get to see anything about Halo 5 unfortunately but this collection of the Halo games you get remastered versions of Halo 2: Anniversary, Halo 3, Halo 4, the New Halo: Nightfall and access to Halo 5 beta. This is a lot in a great collection

Military Ops games never seem to get old whether it be C.O.D, Battlefield and the Tom Clancy games. The team over at Ubisoft is responsible for this new Tom Clancy title for the Xbox ONE and boy does it look good. I rank the look of this game to any of the C.O.D or Battlefield games. It’s set in NYC which is of course great because it’s my hometown but let’s be real what better place is there for a military standoff in a video game? The attention to detail in this game is stunning down to the subway stations. I actually think this might be the best military ops game coming out aside for C.O.D: Advanced Warfare. Check it out for yourself

What do you really say about Call of Duty? I mean it’s Call of Duty. The standard-bearer for all military ops games whether you choose to accept it or not. There’s a reason why this game just blows everyone way. If it isn’t the campaign mode that does it, it’s the multiplayer that just draws everyone in and keeps them playing and this version will be no different. Take a look

Rise of the Tomb Raider

Lara Croft is back in this new game for the Xbox ONE and PS4. She’s on the run and being hunted in this game which is different for a Tomb Raider game so now as a gamer you have to use her skills of combat to get thru rough terrain, small areas, take out those who are hunting her and along the way just maybe grab some treasure and make a few bucks.

Microsoft had a good showing overall and I really enjoyed the games that they brought to the table. I was surprised but not really that Microsoft didn’t show off anything new that incorporated the Kinect and it makes me wonder long-term what the fate of the Kinect will be considering that Microsoft is now selling an Xbox ONE without the Kinect at all. Are they revamping it? Are they scrapping it altogether? It remains to be seen. The were some other notable games that Microsoft presented that didn’t make this list such as The Witcher, Evolve, Scalebound, Killer Instinct just to name a few. Either way Microsoft has skin the game and they’re here to stay so Sony and Nintendo can’t just sit back and rest on their reputations. That’s for sure