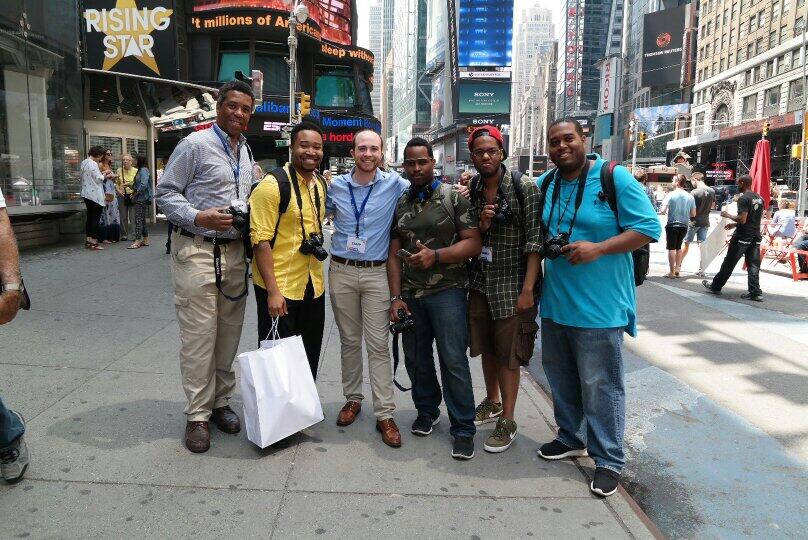 I’m not one to normally trade in my gear that I’ve known, trusted, and loved just for the sake of getting something free from another manufacturer. I’m very brand loyal and especially when it has come to my camera equipment. I’ve been a user of Olympus cameras for a very long time and throughout my evolution as a photographer this brand has been my main source for hardware. My use of Olympus camera has been steady and faithful, so it might be considered odd that I would ditch it for a camera for Samsung.

Photography has always been a hobby of mine, and in fact it was first through photography that eventually led into or at least got me on the path to what became G Style Magazine. I use to shoot more but as G Style Magazine grew I found myself shooting less and less as I just didn’t have the time. But still when it came to G Style Magazine I would still do a lot of my own in-house photography for the products we would review. Over time with the rise of social media and the need to get images out there, I slowly stopped shooting with my DSLR more and as smartphones started taking better images I found myself using this more. The quality of the smartphone soon because good enough and with the added benefit of this device being connected to the internet, it became that much easier to share images via this camera than having to connect my DSLR to my laptop and do it that way. So while I loved my DSLR, in this new connected and instant sharing world it became too much to share via this method. As a result my DSLR started spending more time in storage. 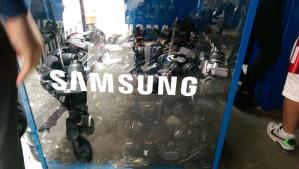 So that brings us to Samsung and their Ditch Day. What caught my attention about this Ditch of course first and foremost was the offer to trade in my older equipment and pick up something more modern for free. My aging Olympus DSLR camera was 12MP and this the Samsung NX30 (which is the model they was offering) was 20.3MP. This among some other specs clearly was a step up in terms of hardware from my current camera, and to be able to trade up for FREE definitely makes you pay attention. However the main motivating point and what has led me to ditch my DSLR was the WiFi connectivity of the NX30. Again I’m sure Olympus has cameras that do this as well. But to trade up to it for FREE, that is just something you don’t pass up. Samsung was letting the first 250 (possibly 300 depending on who you ask) who brought in their old DSLR trade in for a new Samsung NX30. The Samsung NX30 is a mirror-less camera with NFC and WiFi built-in, record 1080P HD videos, and can shoot 30 frames per second in burst mode. This clearly was an opportunity I couldn’t let pass me by! 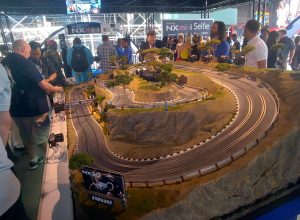 Now me participating in #DitchTheDSLR day probably was much easier than most. I mean there was literally people who camped out the day before to secure a spot, and from looking at Twitter I seen at least one person who traveled from Maryland for this event. I on the other hand was with the media. The set up for Samsung’s event was right in the heart of Times Square and there we got to look at the NX30 and the NX Mini. Samsung had photo walks, a super star selfie area for the NX Mini, and bridge area that put you high enough up to take some next images of Times Square. While I already knew I was trading my on DSLR, I was able to go on a photo walk and use the NX30 first hand and take it a little through its paces. Just after the first 5 minutes, I was highly impressed with how quick it was to take a shot, I don’t think I could even blink faster than that shutter snapped. There was quite a few things I liked about the NX30, but I’ll save that was a full review possibly. But know I left that photo walk without any worries trading in my baby.

So what lies next, new photo adventures with Samsung NX30 at the helm, and since I can share instantly, be on the look out for more images on my many social channels!