HTC had one of the biggest launches in their company with the HTC One M8 yesterday to much fanfare. Its set for multiple carriers including the Big 4 in the United States such as Verizon available in-stores/online now, AT&T/Sprint available online, and T-Mobile coming out on April 11th. If you are unsure which carrier to put up a HTC One M8 or weary about signing contracts there are some alternate options. 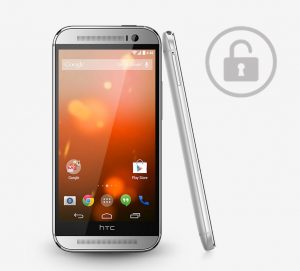 If you aren’t a fan of Blinkfeed and other pieces of HTC’s Sense 6 or as they alternately called it “Sixth Sense” you can order a barebones version of the HTC One M8. Its pure vanilla android and has all the same innards as before but only Google’s pure OS on it. That means no carrier dedicated applications or anything. If you have picked up a Nexus 5 or other GPE phones then you already know.

Best thing about Google Play Edition phones is they are Unlocked. So you can pop in a AT&T or T-Mobile sim or heck even a prepaid sim say if you want to travel abroad. Also the GPE devices are usually the first for the latest Android OS updates before it gets boggled down to the carriers.

$699 is the asking price for the HTC One M8 Google Play Edition and will be sent out in 2-3 weeks. Hopefully that wait time diminishes though.

Like the HTC One M8 but want to go full in and need that bootloader unlocked? HTC is selling the Developer Edition of the M8 for $649.99. So it is $50 cheaper but its not a pure vanilla android experience that you could be looking for. Its great for trying to make new applications, rooting, and seeing what makes the HTC One M8 tick the way it does. If you are interested in ordering one, its available but wait time is 1-2 weeks to have shipped.

Are you interesting in picking up an unlocked version of the HTC One M8 or prefer the carrier versions?