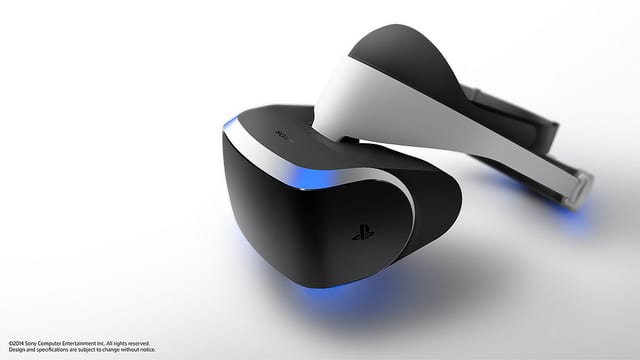 Looks like the rumors of Sony unveiling a new VR headset at GDC were correct and they did in fact show off their early prototype for the Project Morpheous VR headset. At the moment, it is set to only work with the PlayStation 4. Those at GDC will be able to test out the new headset and a few demos at the SCEA booth.

Our current prototype for Project Morpheus features a head mounted display with 1080p resolution and a 90 degree field of view. Accelerometer and gyroscope sensors built into the head mounted unit as well as PlayStation Camera accurately tracks head orientation and movement, so as your head rotates, the image of the virtual world rotates intuitively in real-time. Project Morpheus also features our new 3D audio technology that re-creates stereoscopic sounds in all directions and changes in real-time depending on your head orientation. In addition to PlayStation Camera, Project Morpheus works with DUALSHOCK 4 Wireless Controller and PlayStation Move to deliver an easy-to-use, plug-and-play VR experience.