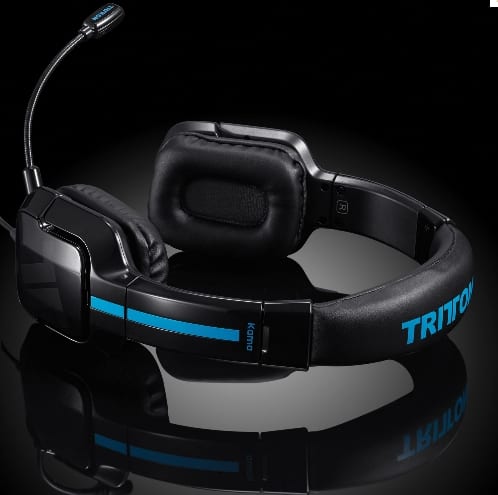 Gaming headsets are a must for any serious gamer, of course even if you’re a casual gamer, the benefits of having a gaming headset outweigh not having one at all. For starters, a dedicated gaming headset allows you to be more immersed in your games, making games really come alive as if you were in the actual game world yourself. Not only that, many gaming headsets also feature built in mics for in-game chat with your buddies while you play. As you know, the PlayStation 4 comes with its own little chat mic but it’s not what I would call the best solution out there. In fact, the included chat mic just plain sucks. Yes, it works for what it’s intended for, but it’s the most uncomfortable thing one could wear while gaming.

I know that many of you deal with using the included chat mic mainly because it’s free and buying a dedicated gaming headset using means spending a lot of money. Well, that isn’t the case anymore because there is a new inexpensive gaming headset from Mad Catz called the Tritton Kama and it’s made especially for the PlayStation 4 and PlayStation Vita. Unlike the included chat mic, the Tritton Kama not only allows for in game chat, but since it’s a full fledged gaming headset, you’ll be able to hear all game audio in full stereo sound. 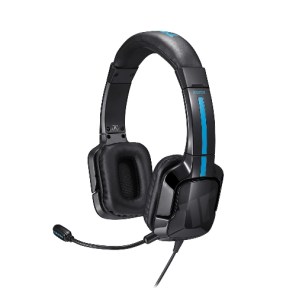 First I’ll be taking a look at the design and build of the headsets first before going over how they ultimate function. The ones I received from Mad Catz come in a gloss black with light blue accents. They match up well with the PlayStation 4’s color scheme as well as the controller which is what you will be plugging these into. I’ll talk a bit more about that later. The entire headset is pretty much made of plastic, which I assume is to keep the cost low but does feature a good amount of padding for the ear cups and the top of the head band. The padding is very thick and cushy and has a very nice soft feeling to it.

The Tritton Kama is adjustable for size so they should fit almost everyone’s head shape comfortably. I know for me, they felt pretty good. Moving on down to the ear cups, they rotate here so that also helps with being able to adjust for comfort. The rotation of course is really more for storage though as it allows you lay them in a flatter position when not in use. The padding of the ear cups are rectangular shaped but these are on-ear cups instead of over the ear types. That means they sit on top of your ears. Usually these types can be a little uncomfortable but again, thanks to the thick padding, they are quite comfortable. 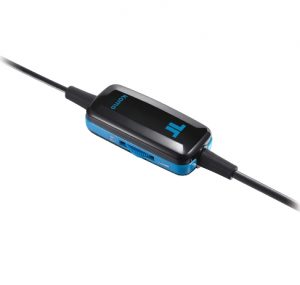 On the left ear cup, there is a flexible mic that can be adjusted to any position you like. This mic is not removable so it’s not really like one of those headsets where you can convert them for use on the go. I mean you can, but you would look silly walking around with the mic on. The left ear cup is also where the wire is that attached to your PS4 Dualshock 4 controller or to the PS Vita. The wire includes an inline volume and mute control switch. This makes it much easier to adjust volume with whereas with other headsets when plugged into the DS4 controller, you have to go into the settings on the dashboard to adjust volume which can be quite cumbersome when in the middle of a game. The jack on the end is a standard 3.5mm jack so you can use this on other devices if you want.

Overall, the Tritton Kama headsets look pretty good for something that is this affordable. The build seems very solid and though these are made pretty much out of plastic, they don’t have that cheapy, toy-like feel to them. They feel and look like quality headsets. 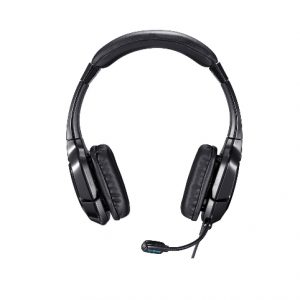 Using the Tritton Kama is mostly a plug-and-play affair. There is one setting you’ll have to change on your PS4 in order to use them properly. Under the audio settings, you have to switch the audio going into the controller as “all” instead of just “chat.” This way, when you plug in the headset into the controller, you also get all game audio and not just chat audio. The controller basically acts as a wireless receiver for all audio which is also another reason why these are so affordable. You don’t need a separate wireless receiver to use the Tritton Kama. Also, another plus to having them this way is that you never need to recharge the headset. All the power is being supplied by your controller.

As titled, the Tritton Kama is a stereo headset. You get distinct left and right channels which for most, will be just fine. Most casual players probably don’t need something with 5.1 or 7.1 surround sound and in all honestly, the stereo setup on these sounds just fine. Even while playing something like Battlefield 4 where you need to hear what is going on around you, I had no trouble picking up footsteps coming from either the left or right of me. Everything was loud and clear while keeping you fully immersed in your game.

Chat volume on these was also pretty acceptable as I was able to fully hear all my party members clearly. What you can not do with these headsets though that you can do with the fancier, more pricier ones is mix the chat and game volumes. When you adjust the volume with the inline volume control, it changes everything at once. You can’t separate them individually. I can say that when using the mic, my party members say that I am loud and clear on the other end, which is good as I have had some headsets I’ve tried where they tell me I sound like I’m far away. These don’t do that.

Hardcore gamers may want something more than what the Tritton Kama may offer. For casual gamers and those who just want a better experience gaming without having to spend hundreds, they will really enjoy what the Tritton Kama brings. Your games will sound better when being pumped directly into your ears and the overall chat experience sounds better too. Despite these only being stereo headsets, you still get that immersive feeling when playing games with them. Overall, I found the Tritton Kama headsets very comfortable to use and a much better experience than using the regular chat mic. These are affordable so there’s no reason not to own a pair of gaming headsets.

You can pick up your very own Tritton Kama headsets for around $30, which is what Amazon has it listed for. That’s a great price in my opinion for a dedicated PS4 / PS Vita headset that far surpasses the cheapy chat mic that came with the console. These will work for most gamers on a tight budget who don’t want to spend a lot but still want something that sounds great and looks great.

NOTE: The Tritton Kama Headset is now an older release which is not widely available to buy. To find an alternative, you can go to LaptopUnboxed which is a site that regularly updates their best PS4 headsets to include the latest and most popular models. They’ve constructed mini reviews of each headset too so you know the pros and cons of each before you buy.