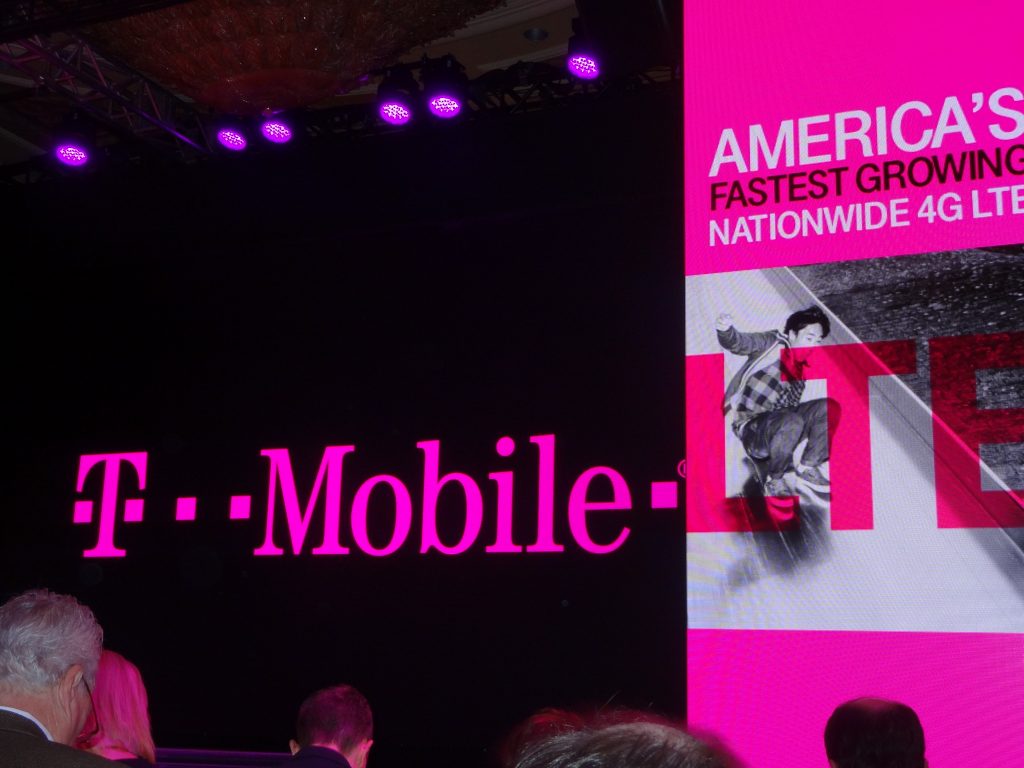 John Legere hit the stage at for CES 2014 in Las Vegas to talk about how their ongoing Uncarrier events have been flipping the mobile world upside down and putting other carriers on notice. Uncarrier 1.0 helped eliminated contracts and giving you unlimited data and voice service, 2.0 introduced faster upgrading, and 3.0 brought you unlimited data coverage all over the world plus more support for tablets with 200MB per month for life.

Uncarrier 4.0 has a laundry list of announcements you may not even been aware of besides the rumored information prior to today. Wideband LTE looks to be faster then their current 4G LTE networks that was already giving you fast blazing speeds.

T-Mobile wants to make Verizon, AT&T, and Sprint to eliminate contracts so they are forcing their hand. They are offering $350 per line and up to $300 per trade-in device. Best part is that it works for up to five lines. T-Mobile feels contracts and ETFs are the worst thing in America and holds the consumer down from making changes in their life. You should be free to go where you want when you want. Qualified customers will be able to partake in getting $0 down on all T-Mobile phone devices.

To get the ETF credit just send T-Mobile a copy of your final bill with the charges and they will pay it off for you.

· ‘Get Out of Jail Free Card’ – T-Mobile will pay off the early termination fees for customers that want to switch from AT&T, Sprint or Verizon. With an eligible phone trade-in, the total value of the offer to switch to T-Mobile could be as high as $650 per line.

· 4G LTE Network Fastest in Country – T-Mobile’s nationwide 4G LTE network extended its reach to 209 million people in 273 metro areas, and is now the fastest in the country, according to millions of real-time speed tests. T-Mobile is continuing to add more spectrum to this footprint and has commenced the launch of its Wideband LTE service (20+20 MHz LTE), beginning in Dallas, doubling already best-in-class speeds.

o Samsung Galaxy Tab 3 (7.0) – Latest Android tablet in T-Mobile’s 4G LTE device portfolio. T-Mobile customers receive 200 MB of free data each month with the Galaxy Tab 3 for as long as they own the tablet.

Are you ready to make the switch?